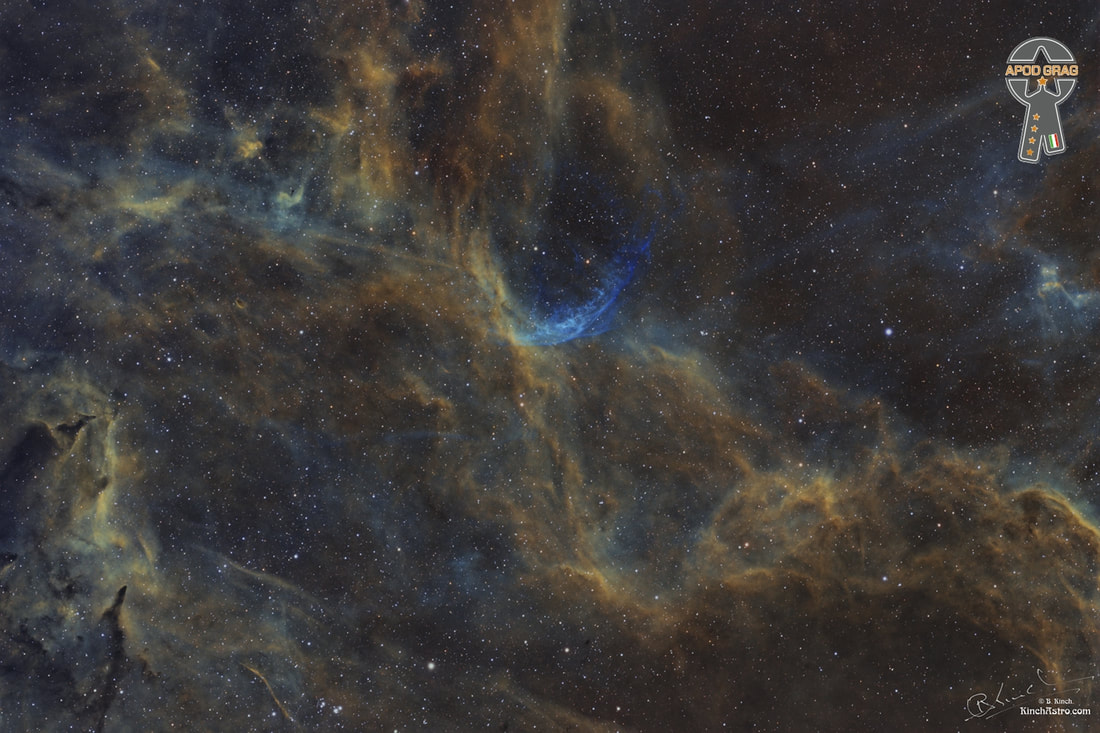 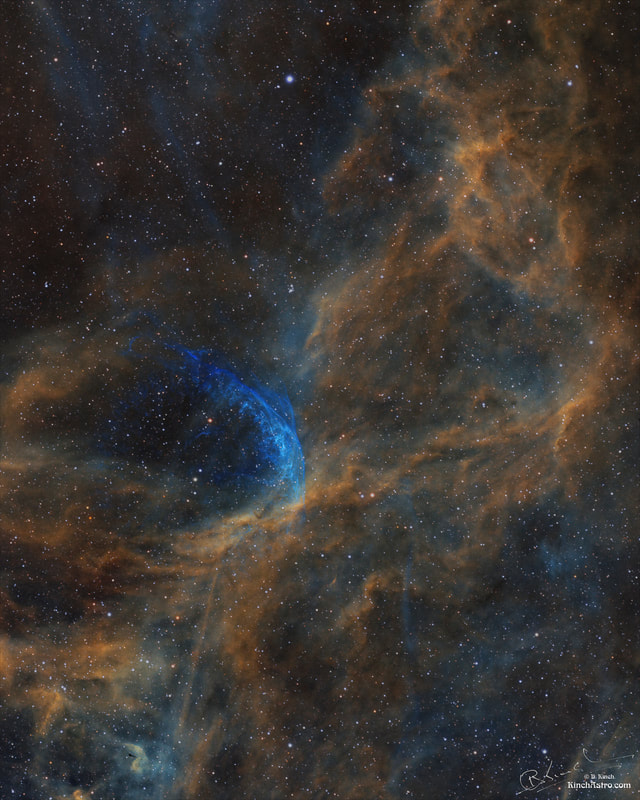 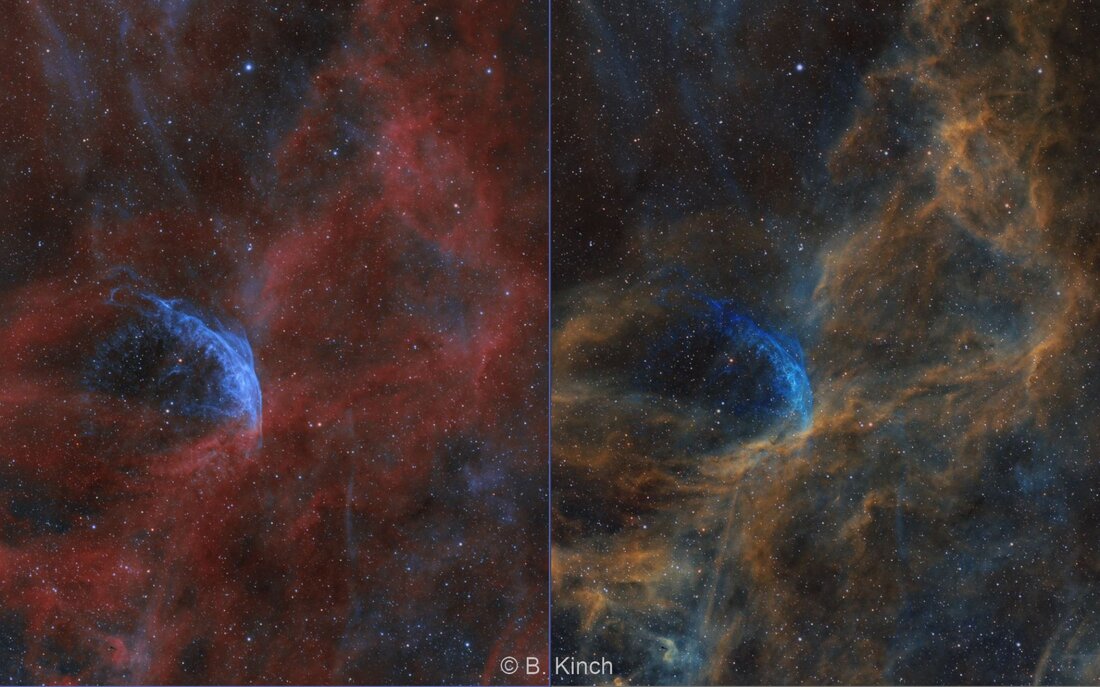 An interesting comparison. Because of the colours I guess (and perhaps also due to OIII being in two channels)......The HOO version on the left, (rather than the HSHO image on the right), better shows the details we are after in imaging this target.
An interesting look into some of the data and what it is "telling" us: 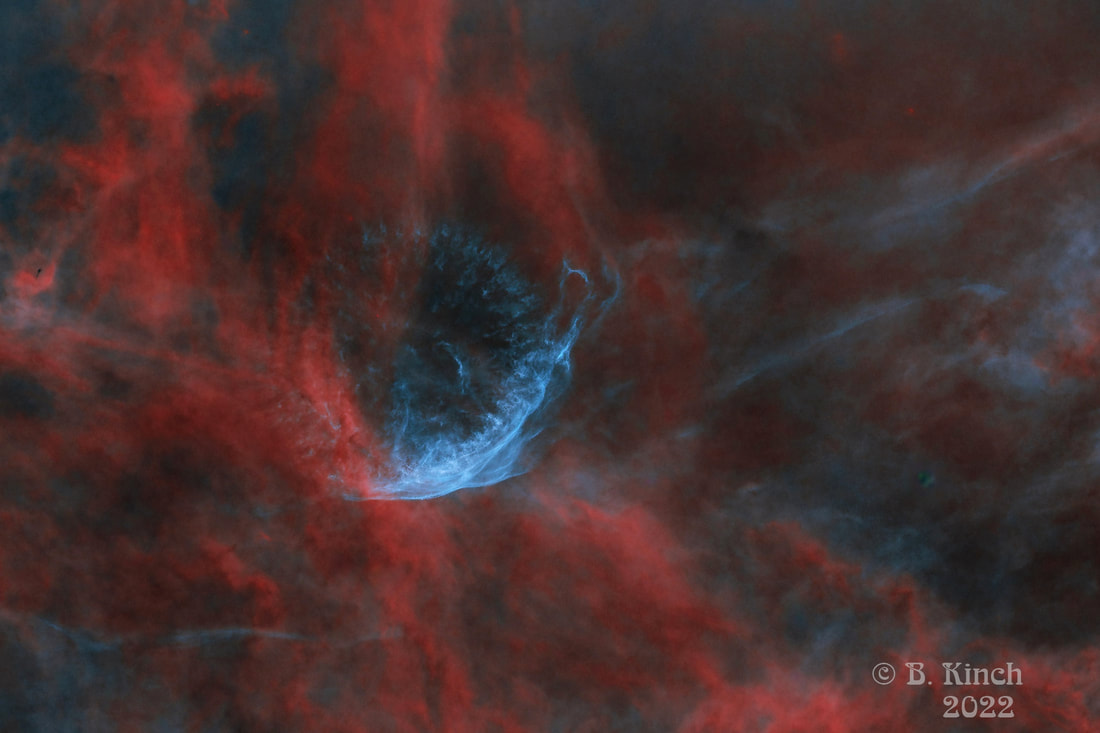 This is from an HOO rendition, with the stars removed
Below is the final HOO version: Click on image to enlarge. 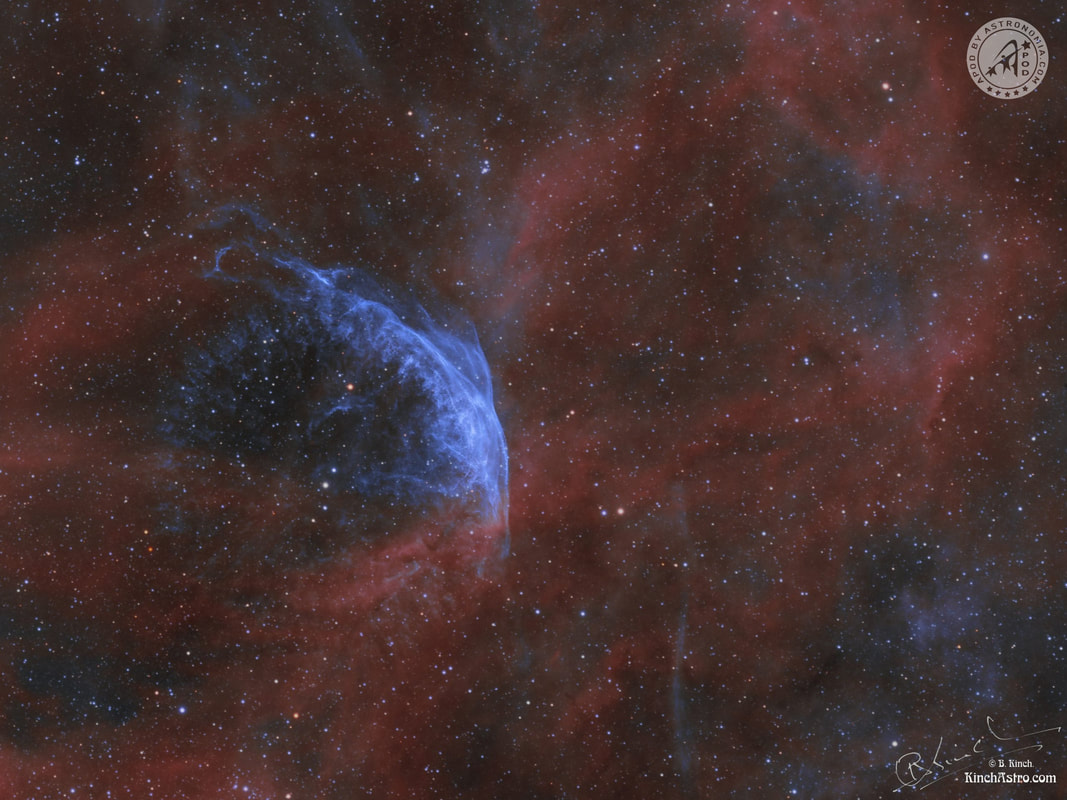 Above image awarded APOD by Astronomia.com Image of the Day on 06June2022
Previous             Click on any image to enlarge                    Next
WR 134 is a variable Wolf-Rayet star located around 6000 light years away from Earth in the constellation of Cygnus, surrounded by a faint bubble nebula blown by the intense radiation and fast wind from the star. It is five times the radius of the sun, but due to a temperature over 63,000 K it is 400,000 times as luminous as the Sun.
WR 134 was one of three stars in Cygnus observed in 1867 to have unusual spectra consisting of intense emission lines rather than the more normal continuum and absorption lines. These were the first members of the class of stars that came to be called Wolf-Rayet stars (WR stars) after Charles Wolf and Georges Rayet who discovered their unusual appearance. It is a member of the nitrogen sequence of WR stars, while the other two (WR 135 and WR 137) are both members of the carbon sequence that also have OB companions.

​(There is an interesting external page with information on WR134 HERE) 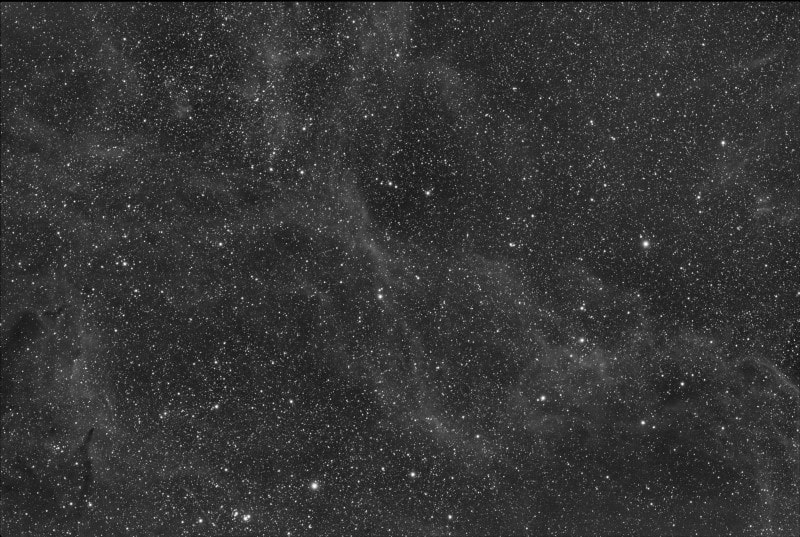 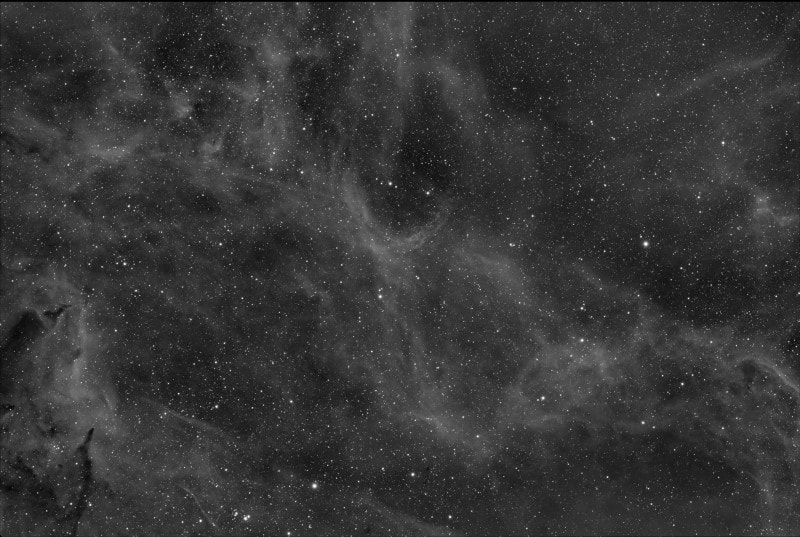 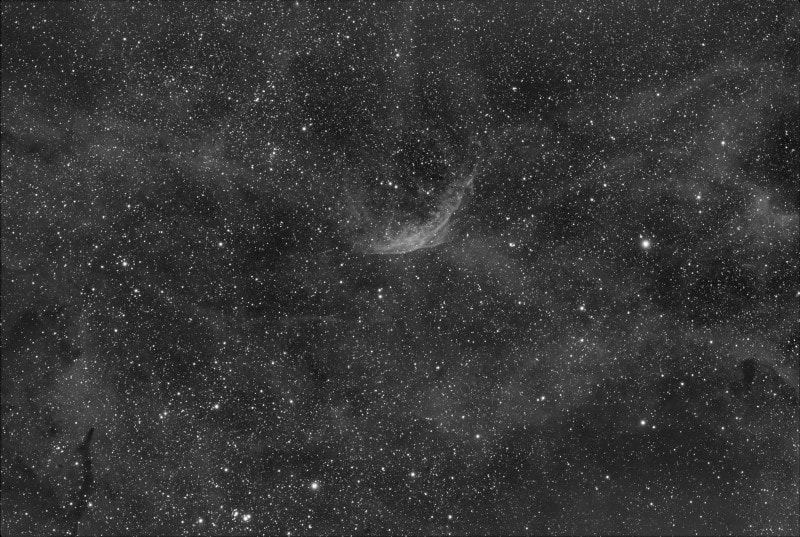 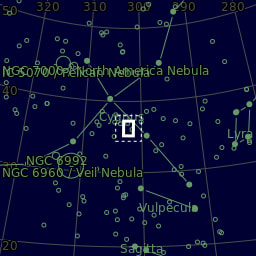 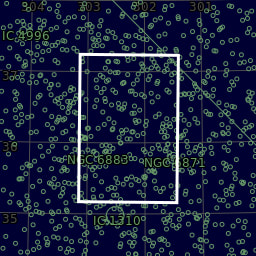 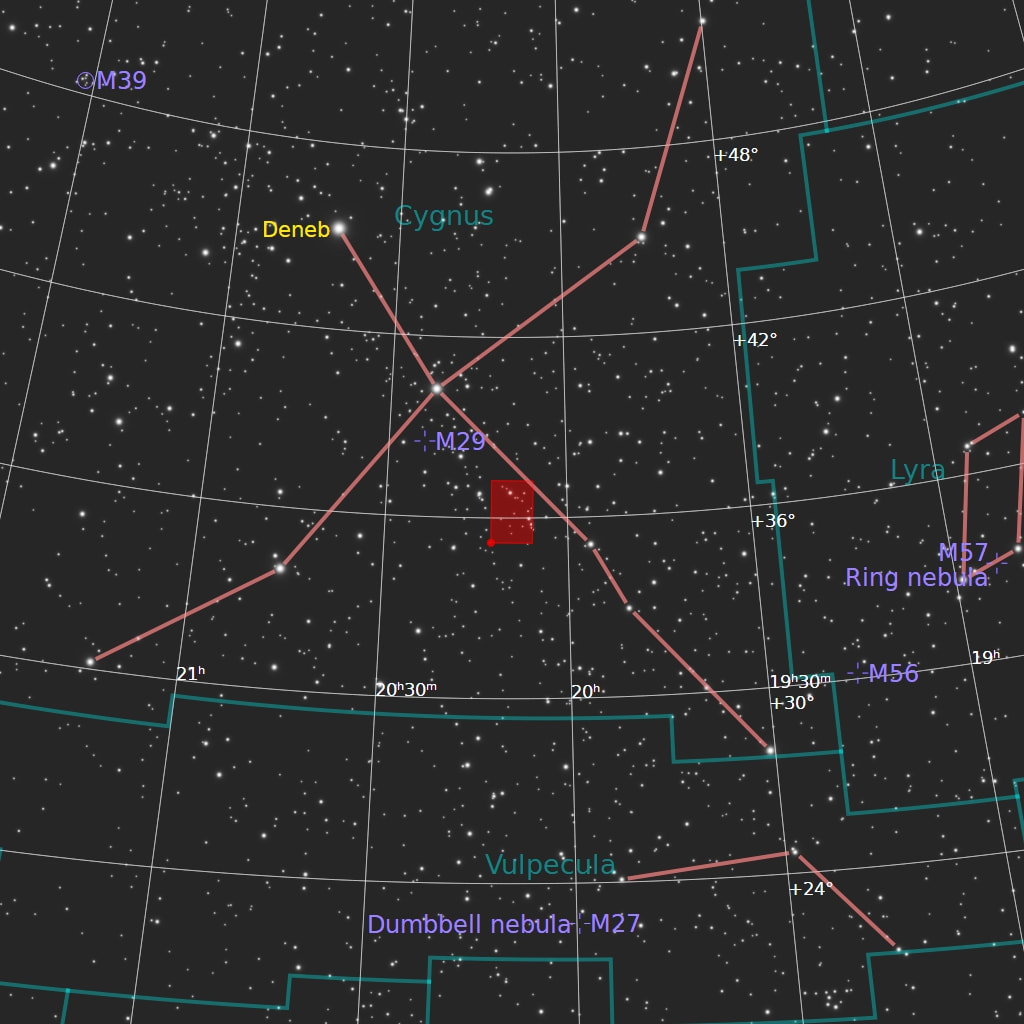 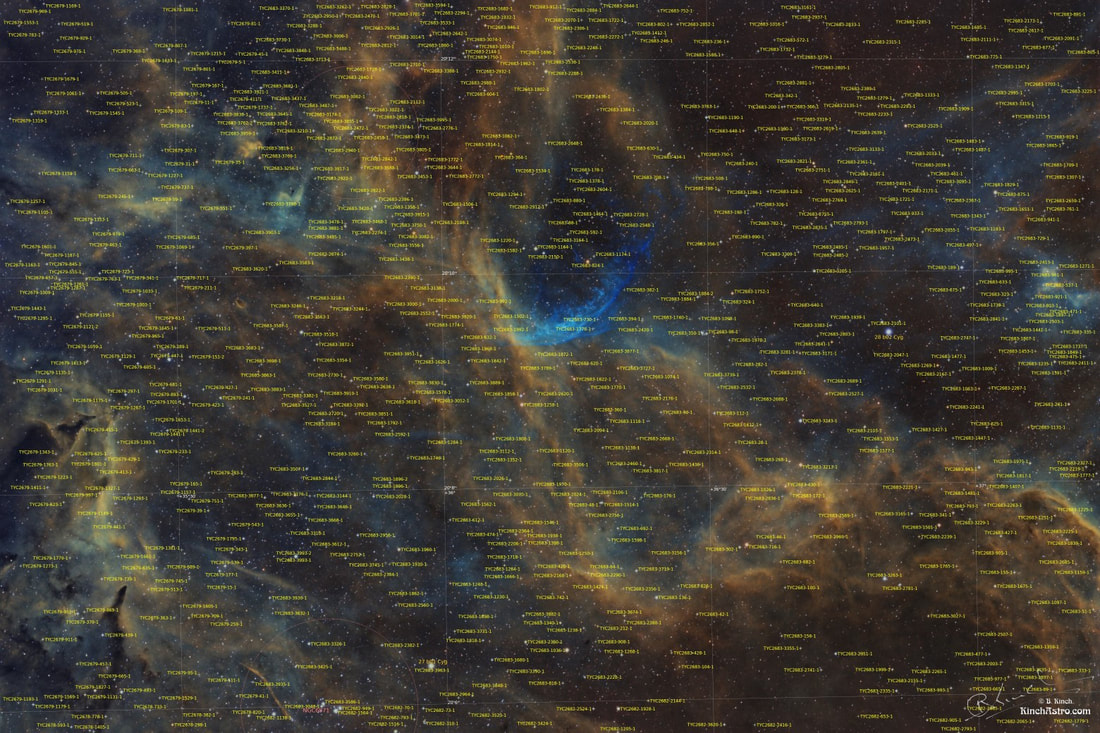