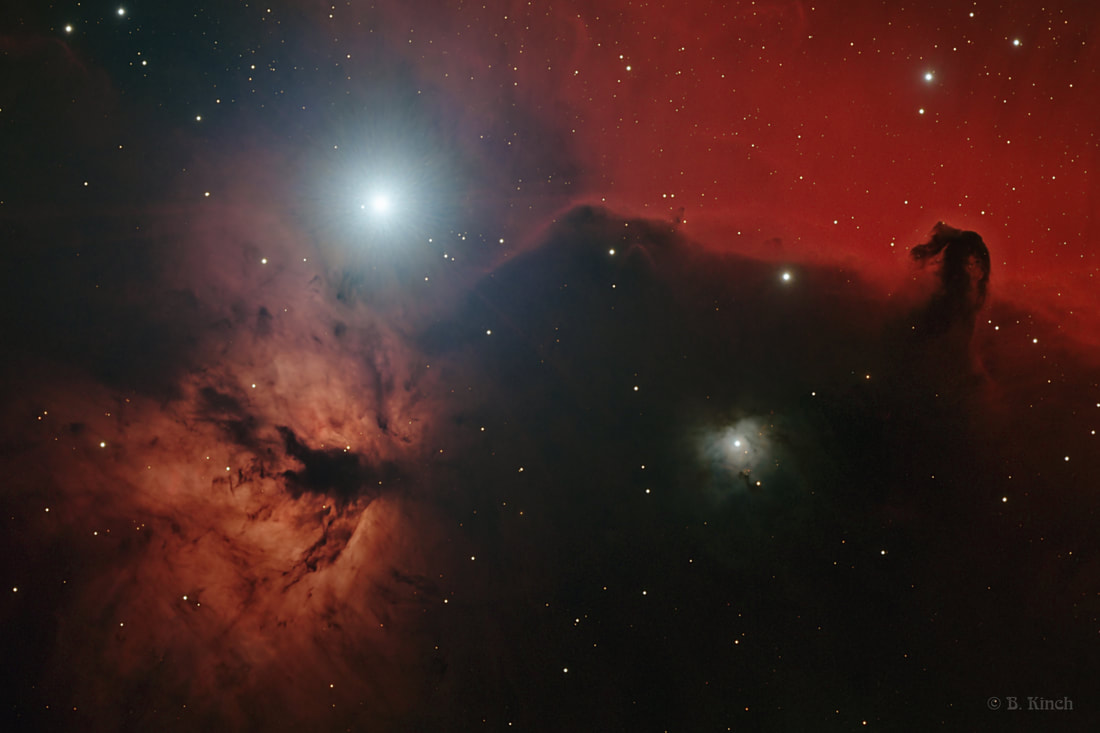 Horsehead & Flame Nebulas
Previous      Click on image to enlarge - twice for highest resolution.     Next
A closer look at the nebulae:........ 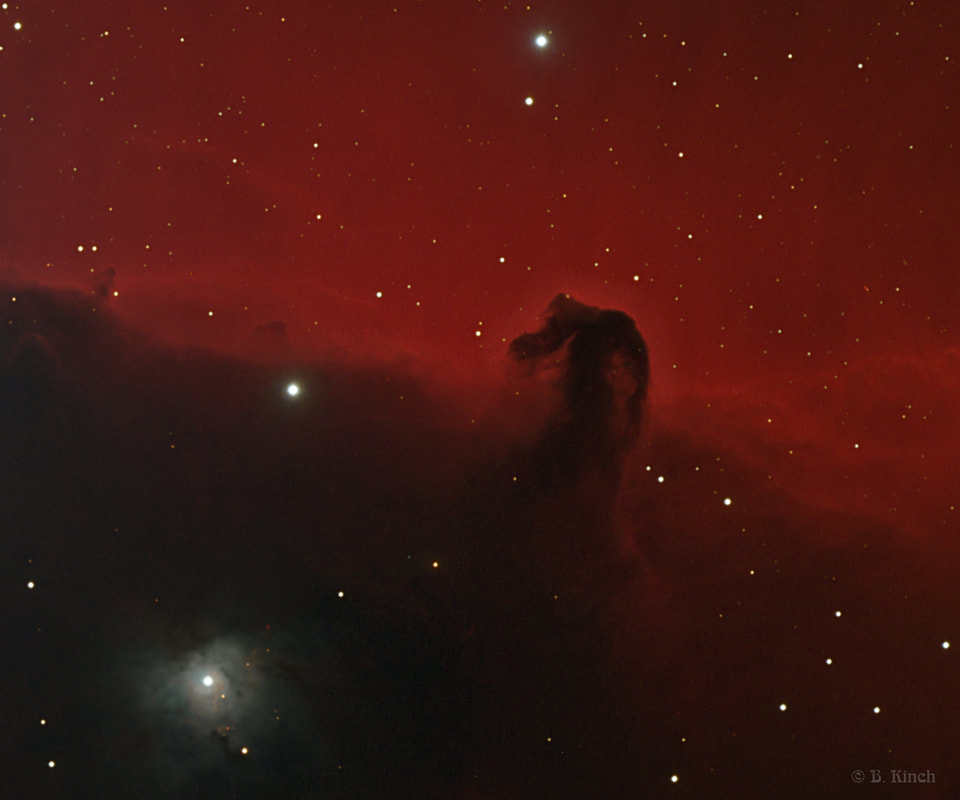 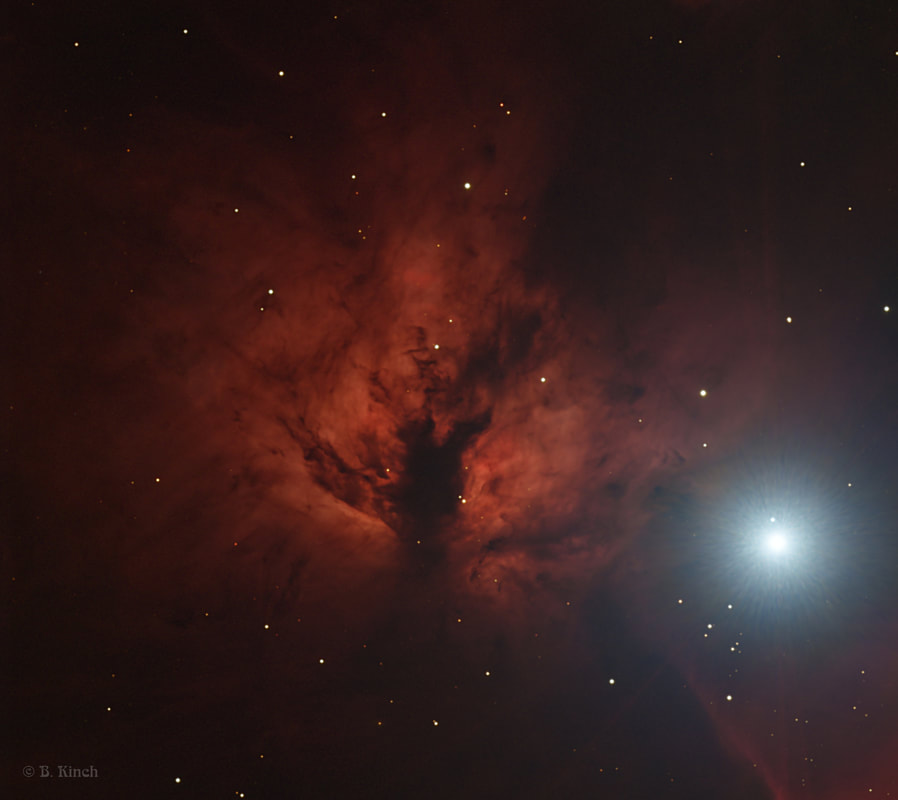 ​The Horsehead Nebula (also known as Barnard 33) is a small dark nebula in the constellation Orion. The nebula is located just to the south of Alnitak, the easternmost star of Orion's Belt, and is part of the much larger Orion Molecular Cloud Complex. It appears within the southern region of the dense dust cloud known as Lynds 1630, along the edge of the much larger, active star-forming H II region called IC 434.
The Horsehead Nebula is approximately 1375 light years from Earth. It is one of the most identifiable nebulae because of its resemblance to a horse's head. Colour images reveal a deep-red colour that originates from ionised hydrogen gas (Hα) predominantly behind the nebula, and caused by the nearby bright star Sigma Orionis.
The Flame Nebula, designated as NGC 2024 and Sh2-277, is an emission nebula in the constellation Orion. It is about 900 to 1,500 light-years away.
The bright star Alnitak (ζ Ori), the easternmost star in the Belt of Orion, shines energetic ultraviolet light into the Flame and this knocks electrons away from the great clouds of hydrogen gas that reside there. Much of the glow results when the electrons and ionized hydrogen recombine. Additional dark gas and dust lies in front of the bright part of the nebula and this is what causes the dark network that appears in the centre of the glowing gas. 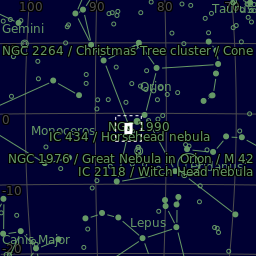 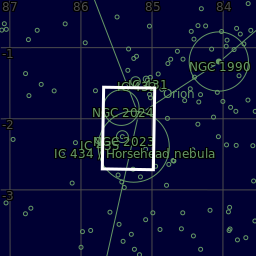 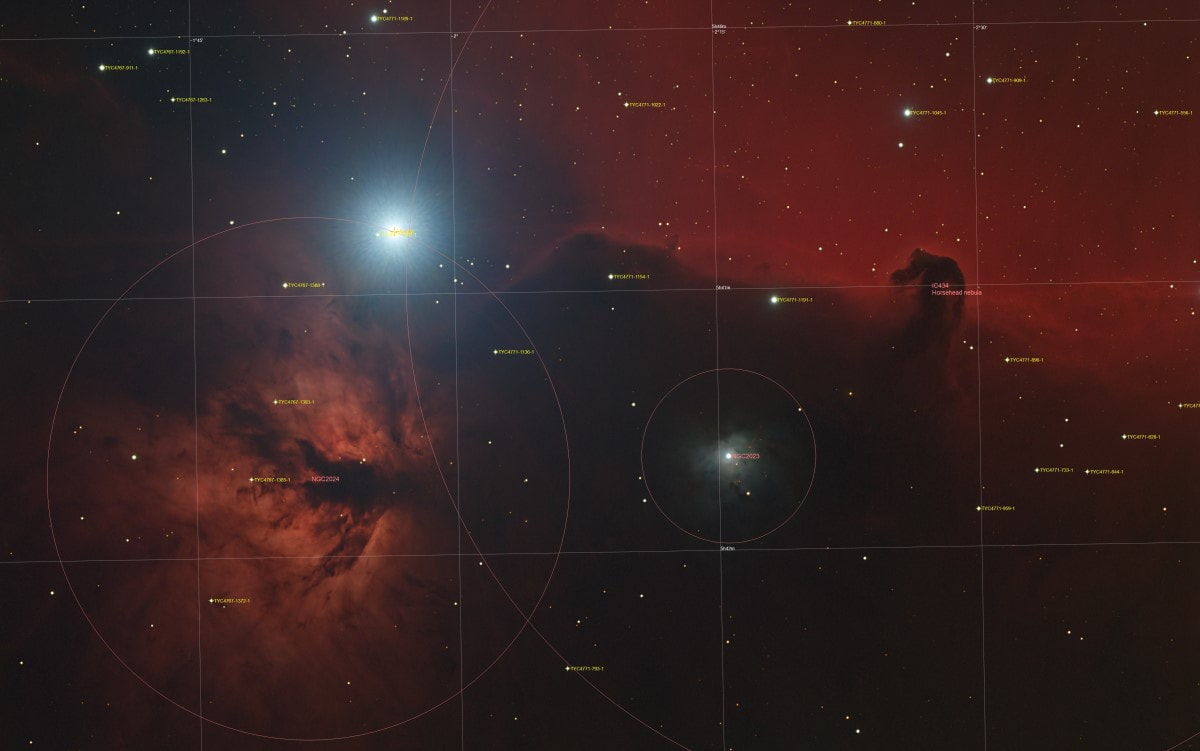