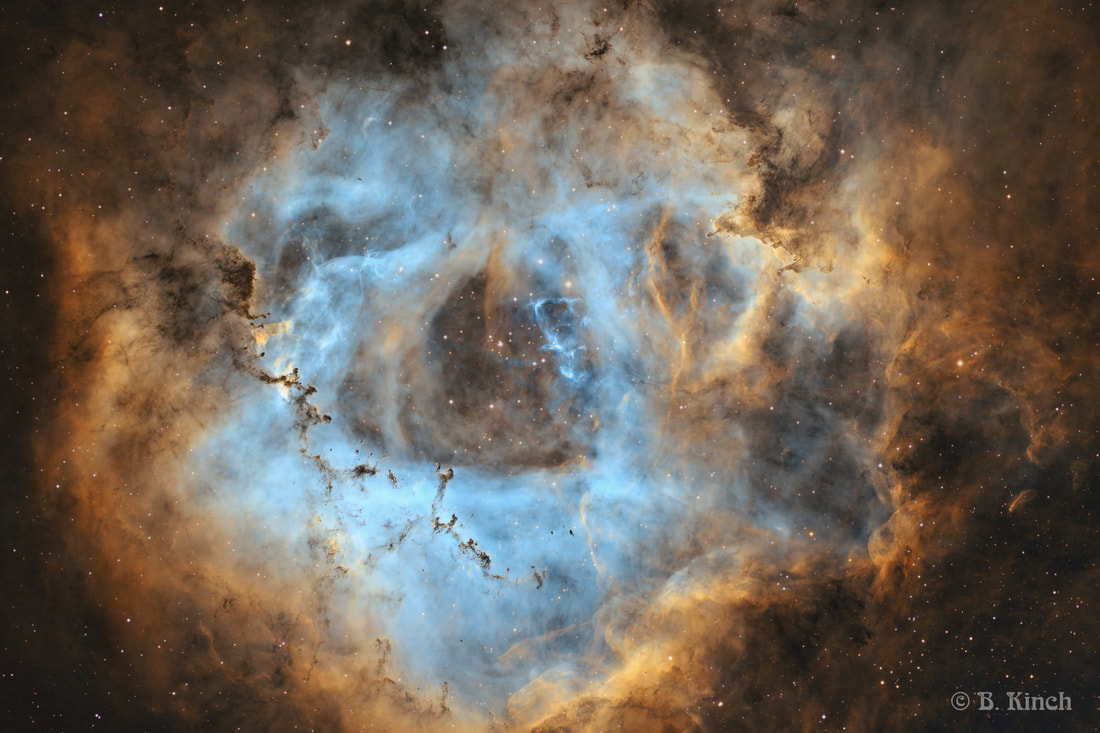 I just love this data - reprocessed again in March 2022 - above is a crop from the image immediately below.       Click on either image for higher resolution. 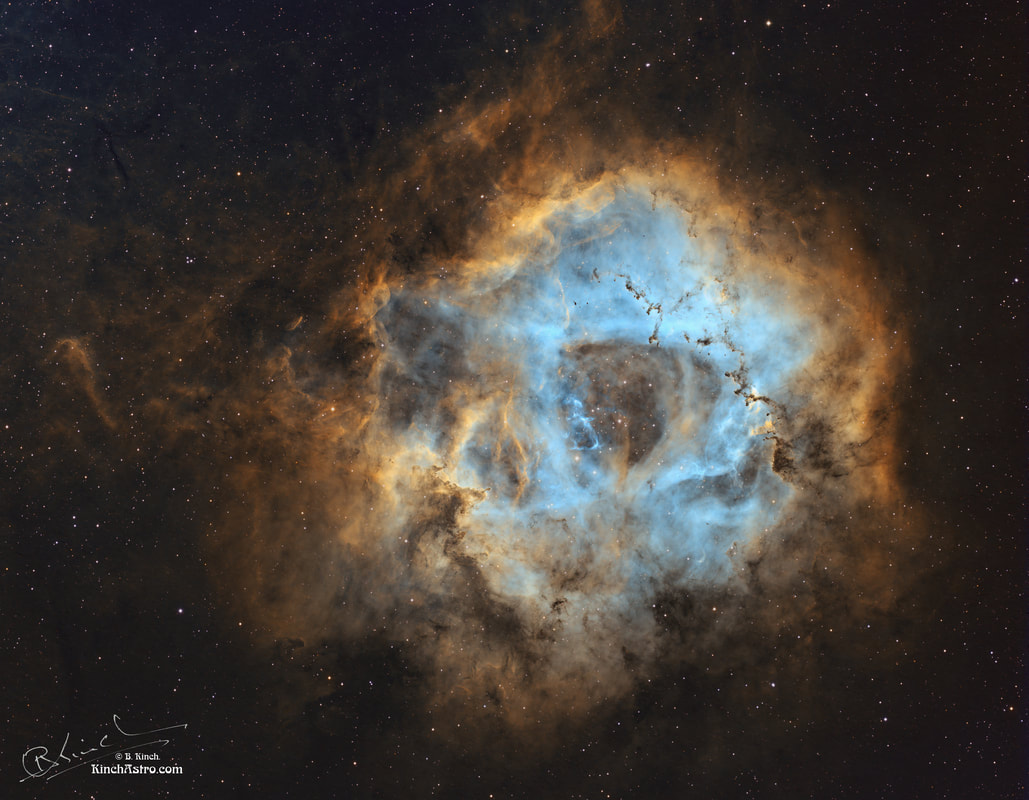 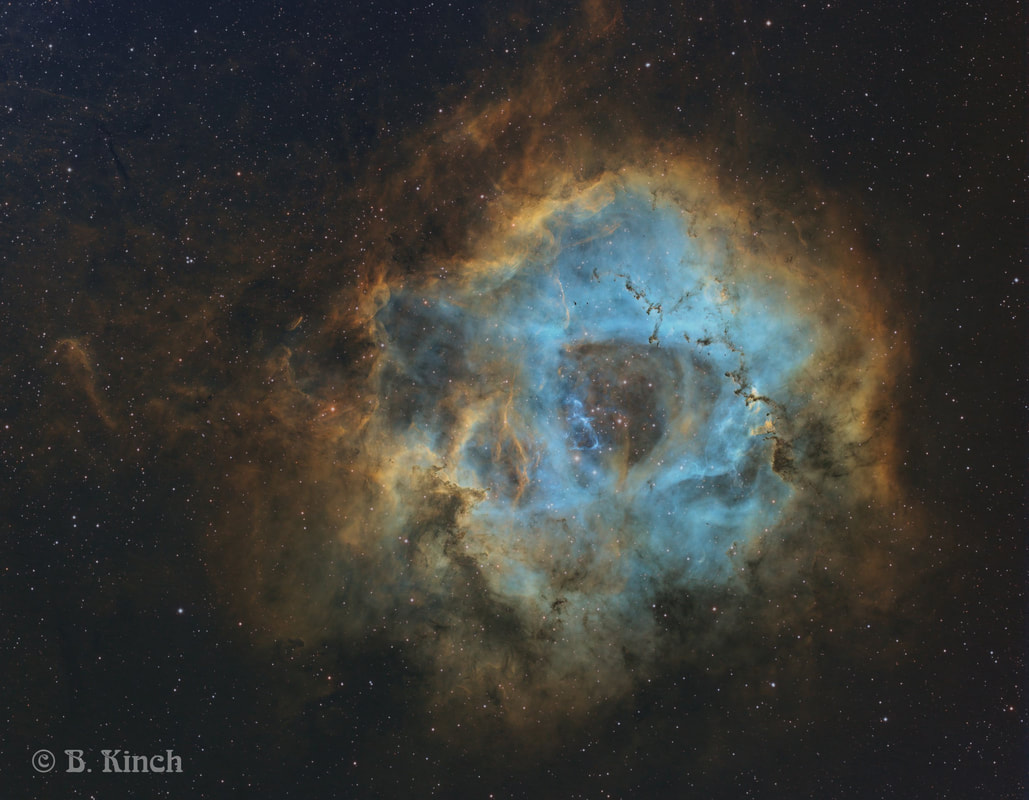 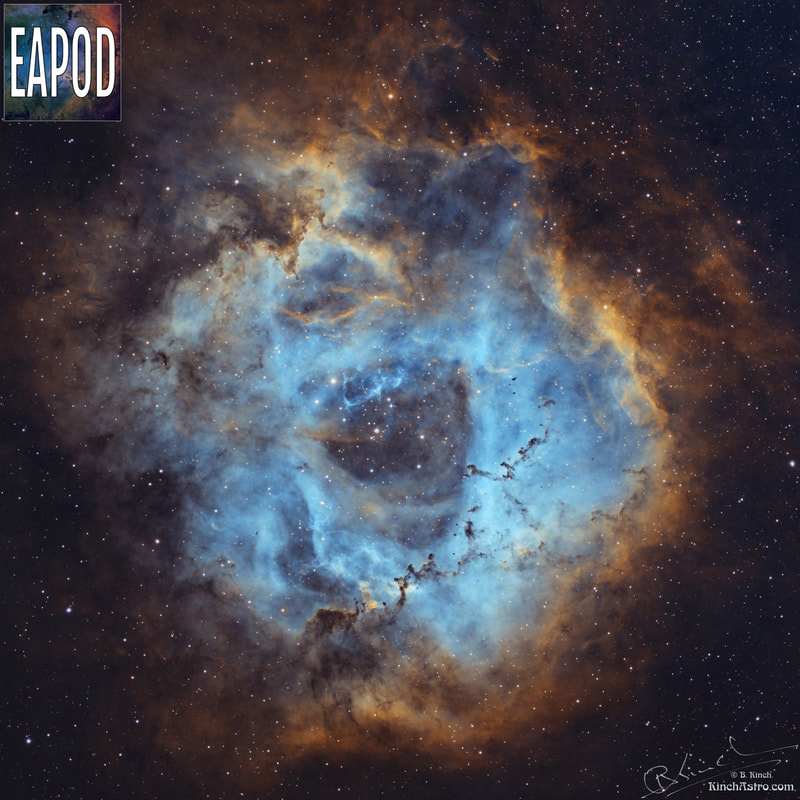 Above: Same data - playing with colour in April 2021. (Click on above for larger image).
Above image awarded EAPOD on 23June21 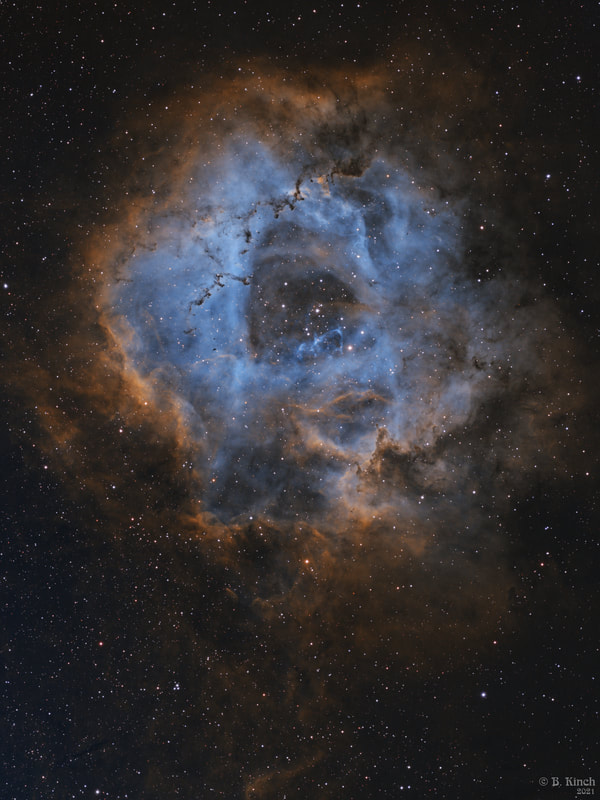 Above  is the full image as processed again in March 2021. Click on the image for a closer look. 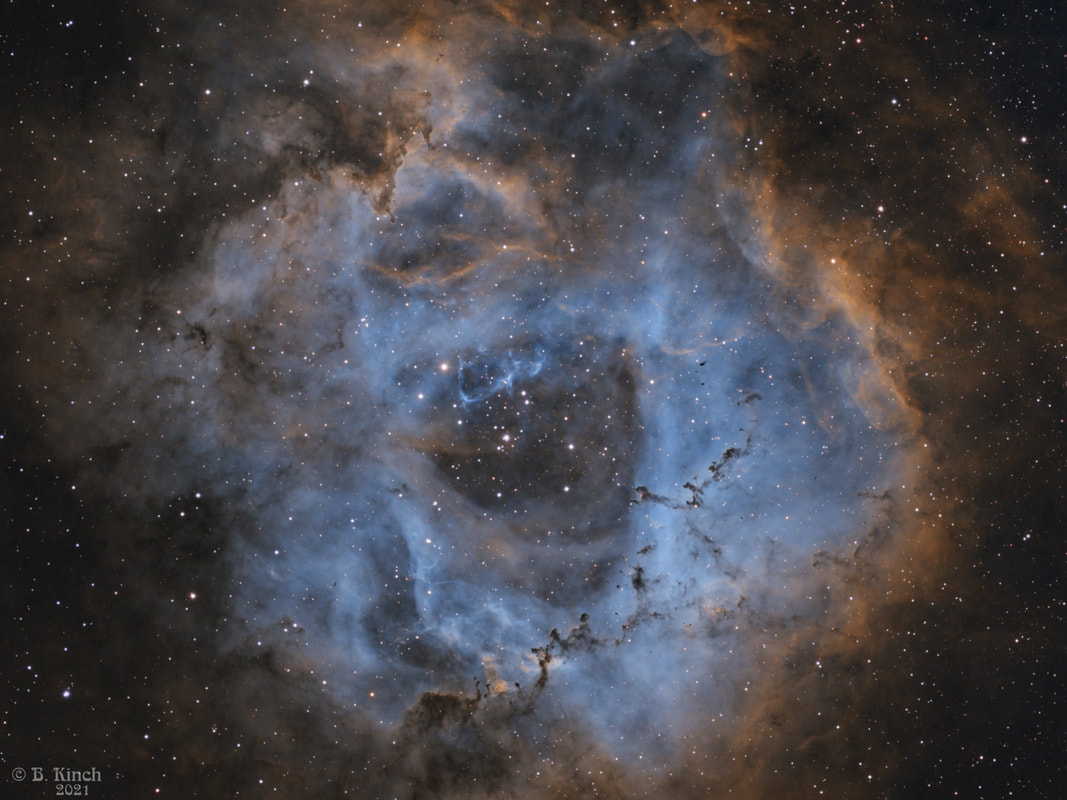 The above image is a crop from a complete rework of the data  - done in March 2021. (Click on image for higher resolution) 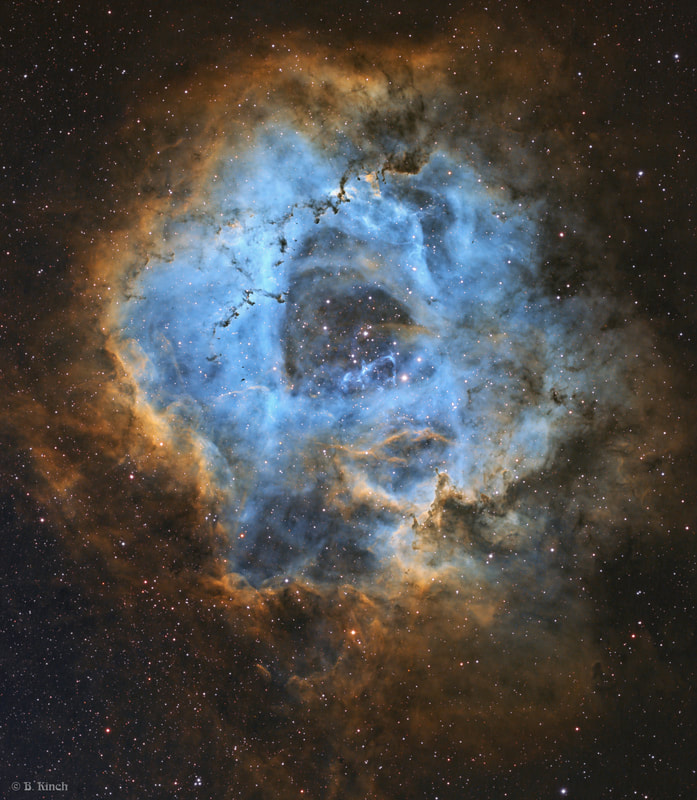 Above is January 2021 rendition with the same data as the 2020 version below! 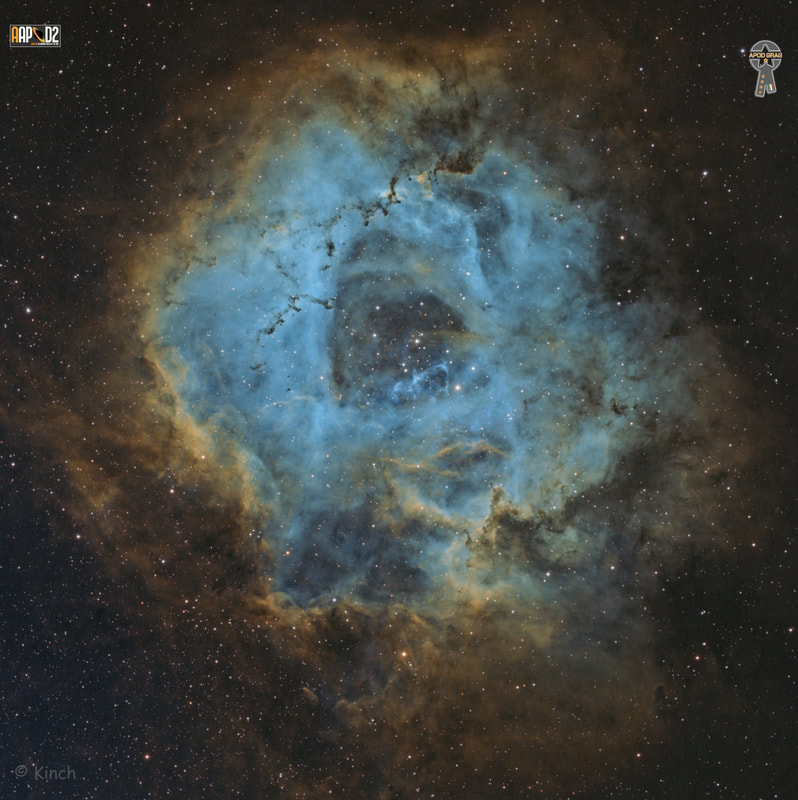 The Rosette Nebula (also known as Caldwell 49) is a large spherical H II region (circular in appearance) located near one end of a giant molecular cloud in the Monoceros region of the Milky Way Galaxy. The open cluster NGC 2244 (Caldwell 50) is closely associated with the nebulosity, the stars of the cluster having been formed from the nebula's matter.
The cluster and nebula lie at a distance of some 5,000 light-years from Earth and measure roughly 130 light years in diameter. The radiation from the young stars excites the atoms in the nebula, causing them to emit radiation themselves producing the emission nebula we see. The mass of the nebula is estimated to be around 10,000 solar masses.
A survey of the nebula with the Chandra X-ray Observatory has revealed the presence of numerous new-born stars inside optical Rosette Nebula and studded within a dense molecular cloud. Altogether, approximately 2500 young stars lie in this star-forming complex, including the massive O-type stars HD 46223 and HD 46150, which are primarily responsible for blowing the ionized bubble.  Most of the ongoing star-formation activity is occurring in the dense molecular cloud to the south east of the bubble.

The Ha, OIII and SII elements in theimage 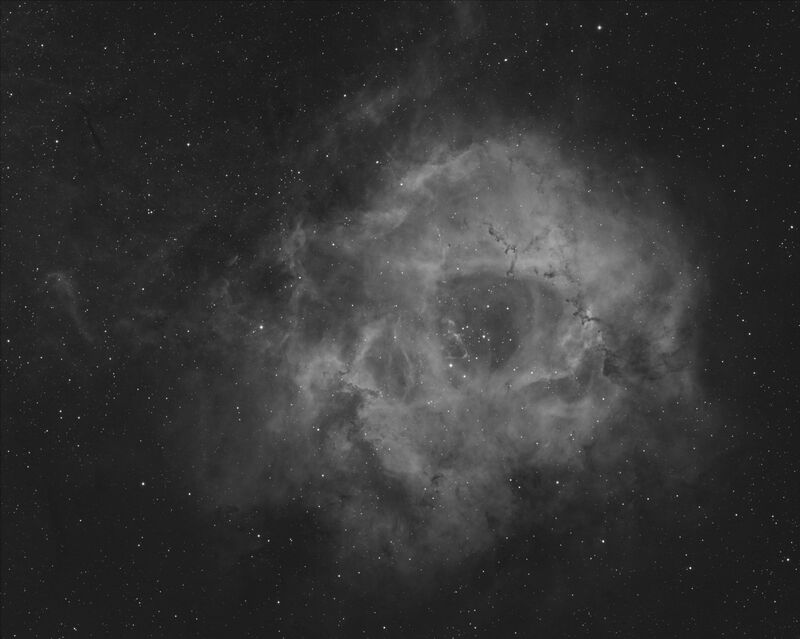 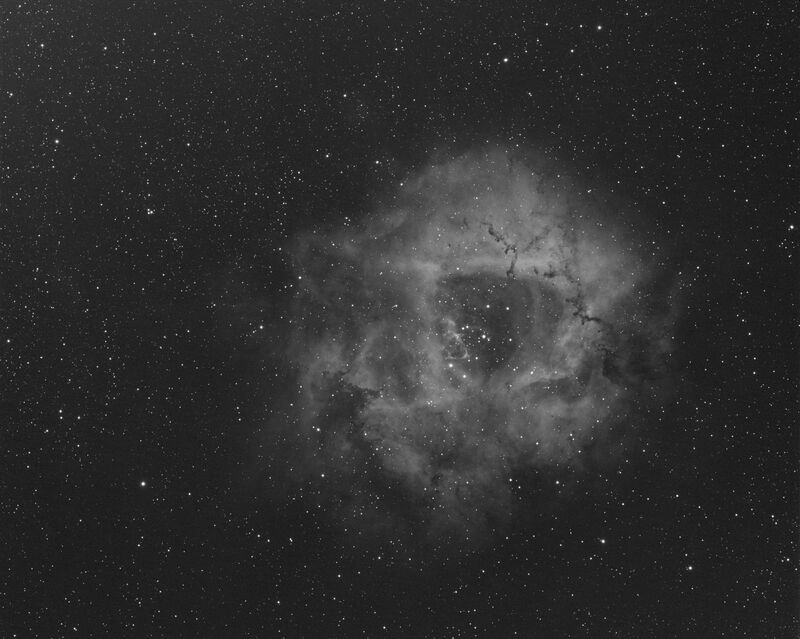 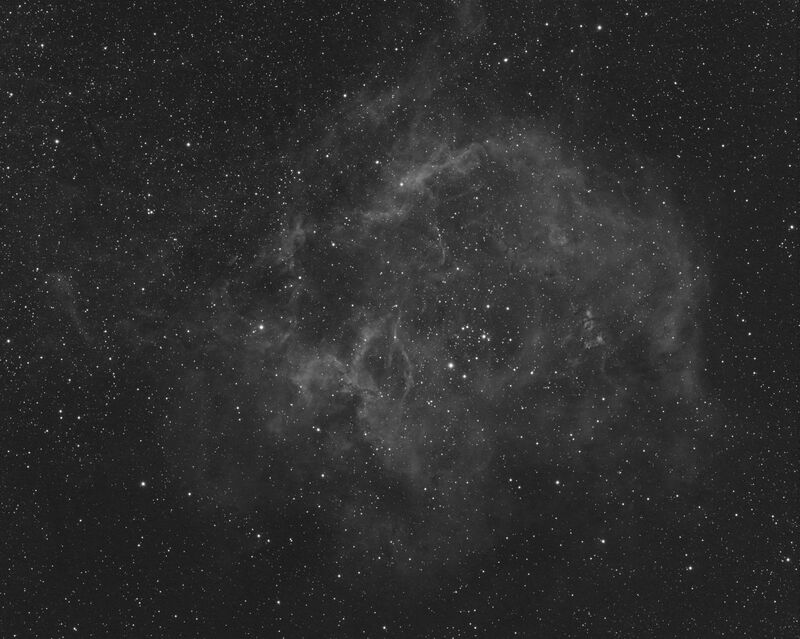 Annotated Image - Click on the image (twice) for highest resolution. 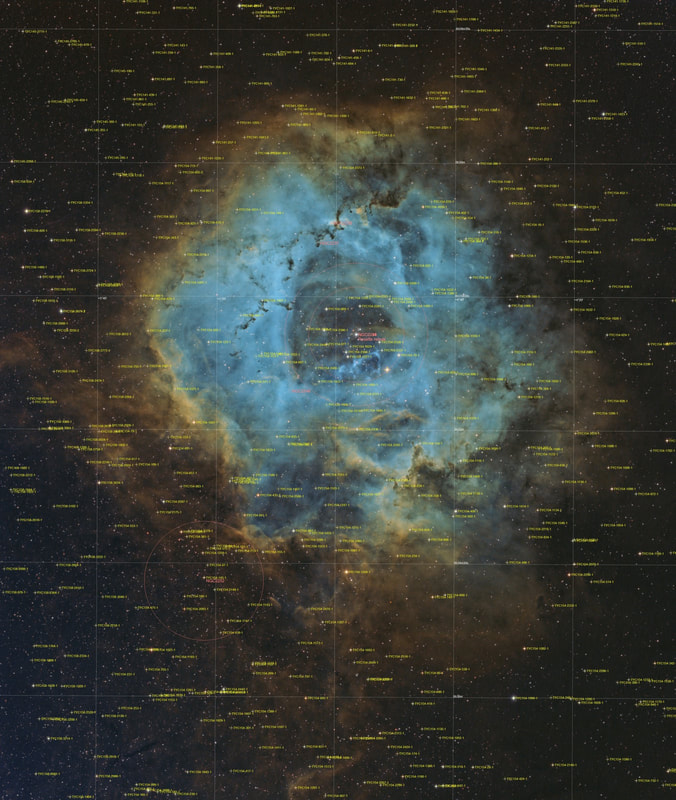