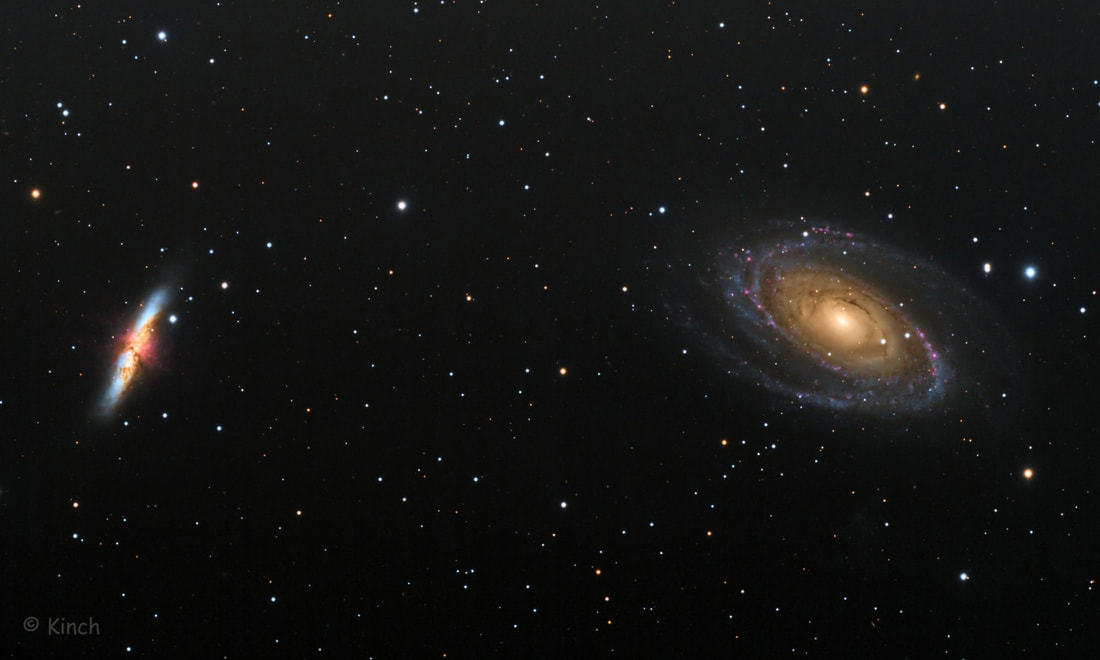 Messier 82 (also known as NGC 3034, Cigar Galaxy or M82) is a starburst galaxy approximately 12 million light-years away in the constellation Ursa Major. A member of the M81 Group, it is about five times more luminous than the whole Milky Way and has a center one hundred times more luminous than our galaxy's center. The starburst activity is thought to have been triggered by interaction with neighboring galaxy M81. As the closest starburst galaxy to Earth, M82 is the prototypical example of this galaxy type.
.
Messier 81 and Messier 82 can both be viewed easily using binoculars and small telescopes. The two objects are generally not observable to the unaided eye, although highly experienced amateur astronomers may be able to see Messier 81 under exceptional observing conditions with a very dark sky. Telescopes with apertures of 8 inches (20 cm) or larger are needed to distinguish structures in the galaxy. Its far northern declination makes it generally visible for observers in the northern hemisphere. It is not visible to most observers in the southern hemisphere, except those in a narrow latitude range immediately south of the equator. 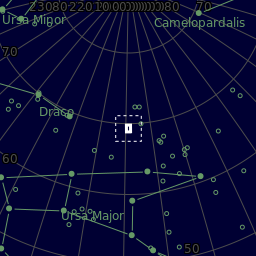 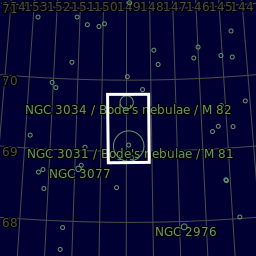 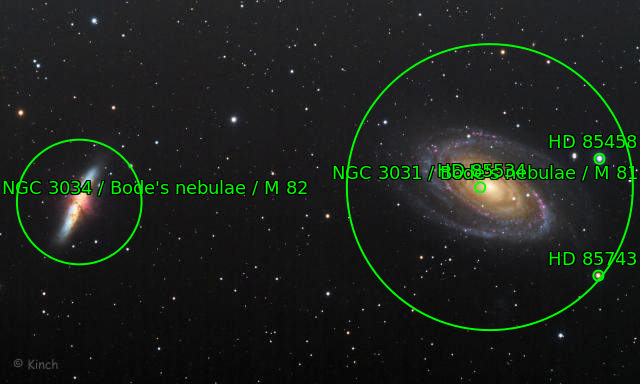