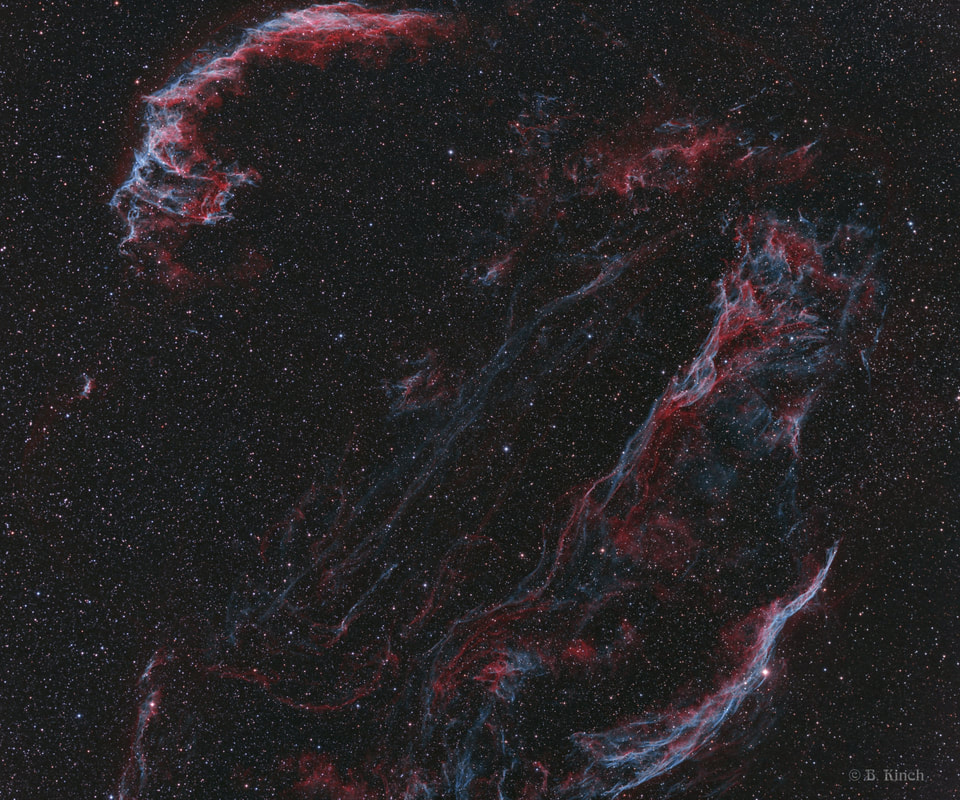 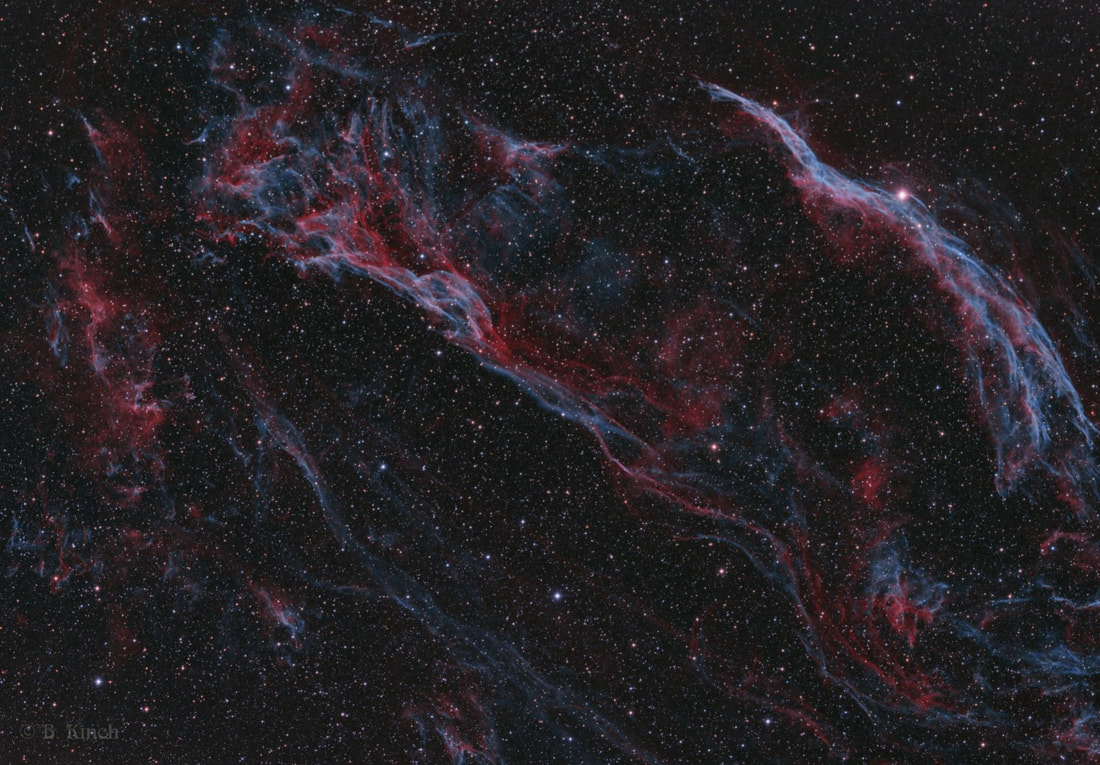 Pickering's Triangle (upper left) & Witch's Broom Nebula (right).
The above two images were updated in April 2020.
The Veil Nebula is a cloud of heated and ionized gas and dust in the constellation Cygnus.
It constitutes the visible portions of the Cygnus Loop, a supernova remnant, many portions of which have acquired their own individual names and catalogue identifiers (including, in the lower image: Pickering's Triangle and The Witch's Broom) . The source supernova was a star 20 times more massive than the Sun, which exploded around 8,000 years ago. The remnants have since expanded to cover an area of the sky roughly 3 degrees in diameter (about 6 times the diameter, or 36 times the area, of the full Moon). The distance to the nebula is not precisely known, but Far Ultraviolet Spectroscopic Explorer (FUSE) data supports a distance of about 1,470 light-years.
The Hubble Space Telescope captured several images of the nebula. The analysis of the emissions from the nebula indicate the presence of oxygen, sulfur, and hydrogen. The Cygnus Loop is also a strong emitter of radio waves and x-rays. 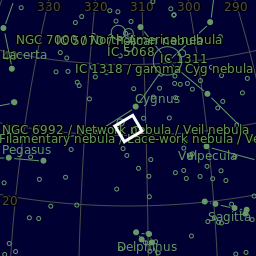 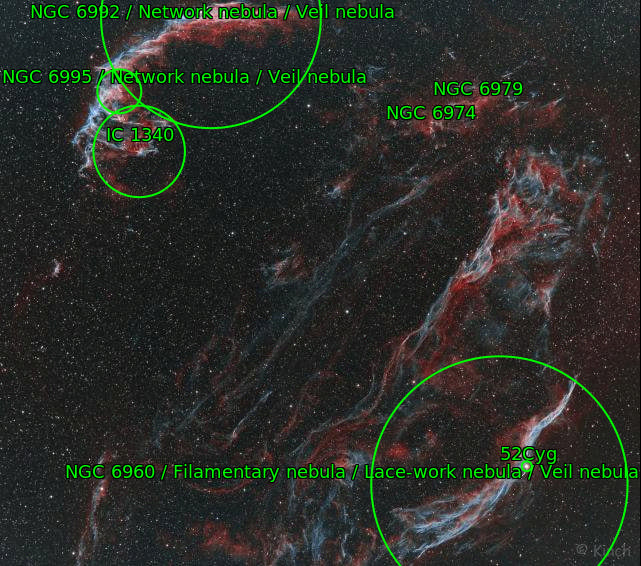