The below three shots are the results of many hours of effort but at the same time falling short on my initial expectations. Perhaps my sights were set too high for the equipment at hand. At the same time - good enough for me to post here - they are not easy subjects for the amateur.
The upper shot of the Cat's Eye Nebula shows the outer shell of the Nebula but try as I might I could not bring out the detail from the center - it is just so intense. It is worthwhile searching out a Hubble Space Telescope photo of this nebula - it is both amazing and beautiful.
The middle shot of the Owl Nebula did to some degree bring out what I was after - the outer extremely faint halo around the nebula. (This shows up mostly in the OIII emission line).  I have shot this target before (2015) and used some of that data in making this one.
The lower image is of Abell 31. Although I have put a lot of time into this one, both in capture time and processing time, it most certainly does not jump out of the page at you. It is extremely weak and for the most part, showing very little structure. The OIII center is much stronger than the outer Ha signal. Trying to pull out that Ha shell (by increasing the Ha signal) just increases the noise in the area of the nebula - and makes it even less distinctive. 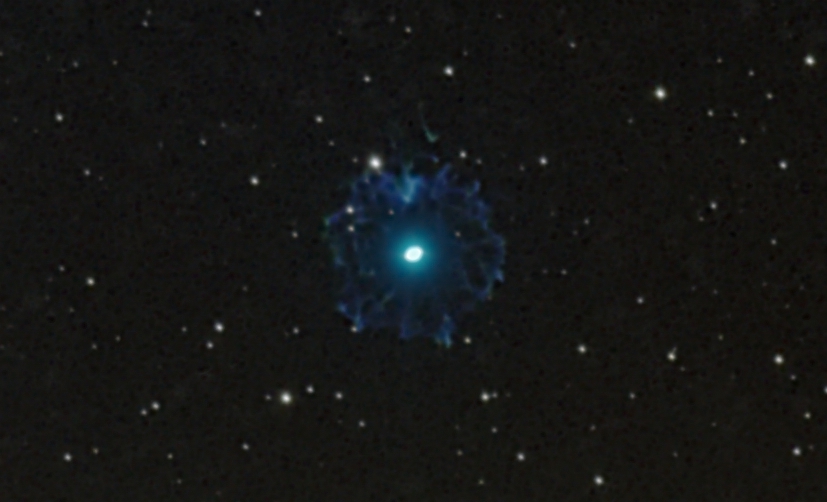 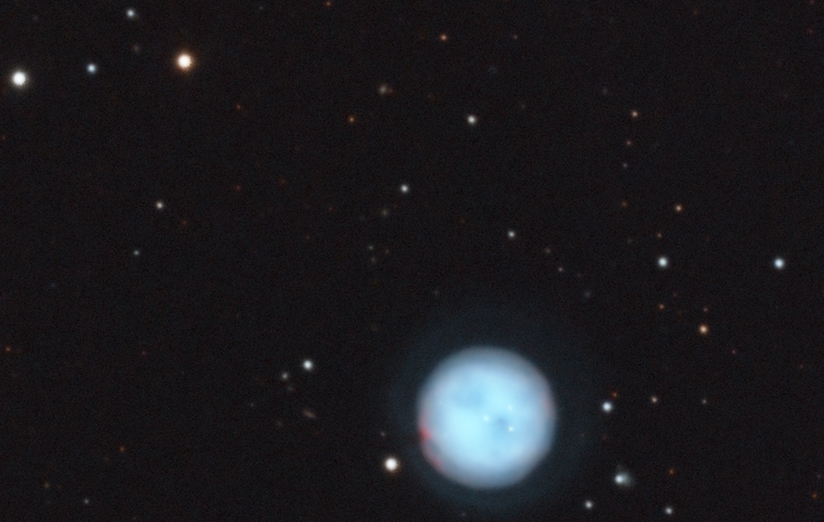 The nebula is approximately 8,000 years old. It is approximately circular in cross-section with a little visible internal structure. It was formed from the outflow of material from the stellar wind of the central star as it evolved along the asymptotic giant branch. The nebula is arranged in three concentric shells, with the outermost shell being about 20–30% larger than the inner shell. The owl-like appearance of the nebula is the result of an inner shell that is not circularly symmetric, but instead forms a barrel-like structure aligned at an angle of 45° to the line of sight. 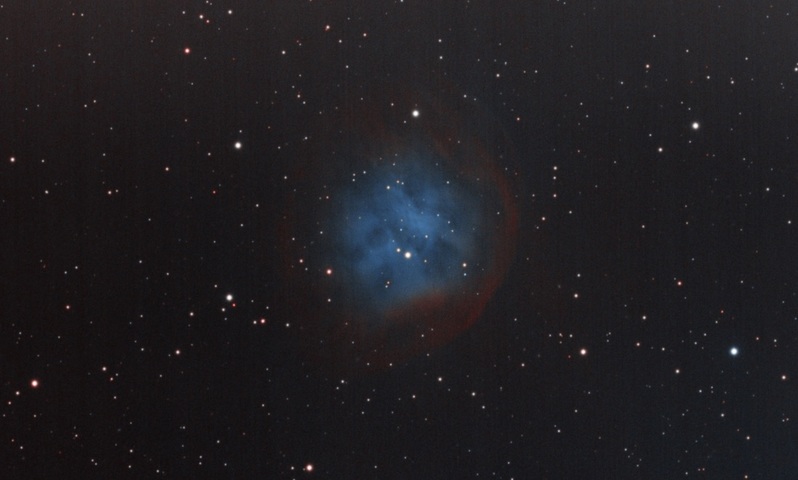