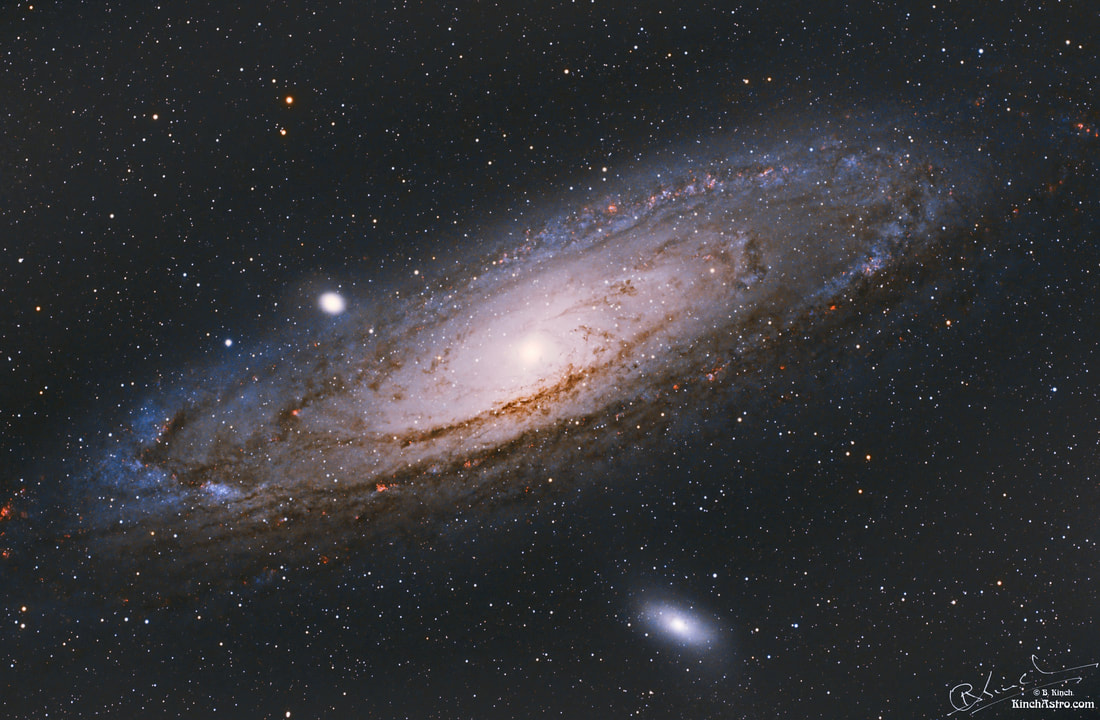 Andromeda Galaxy
All Images                 Click on image to enlarge                       Next
The Andromeda Galaxy also known as Messier 31, M31, or NGC 224 and originally the Andromeda Nebula, is a barred spiral galaxy with diameter of about 46.56 kiloparsecs (152,000 light-years) approximately 2.5 million light-years (765 kiloparsecs) from Earth and the nearest large galaxy to the Milky Way. The galaxy's name stems from the area of Earth's sky in which it appears, the constellation of Andromeda, which itself is named after the princess who was the wife of Perseus in Greek mythology.

The Milky Way and Andromeda galaxies are expected to collide in around 4–5 billion years, merging to potentially form a giant elliptical galaxy or a large lenticular galaxy. With an apparent magnitude of 3.4, the Andromeda Galaxy is among the brightest of the Messier objects, and is visible to the naked eye from Earth on moonless nights, even when viewed from areas with moderate light pollution. 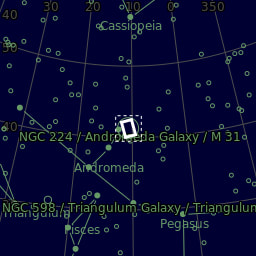 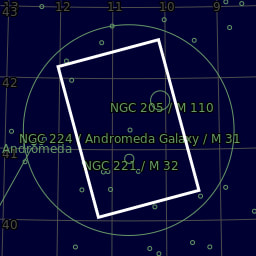