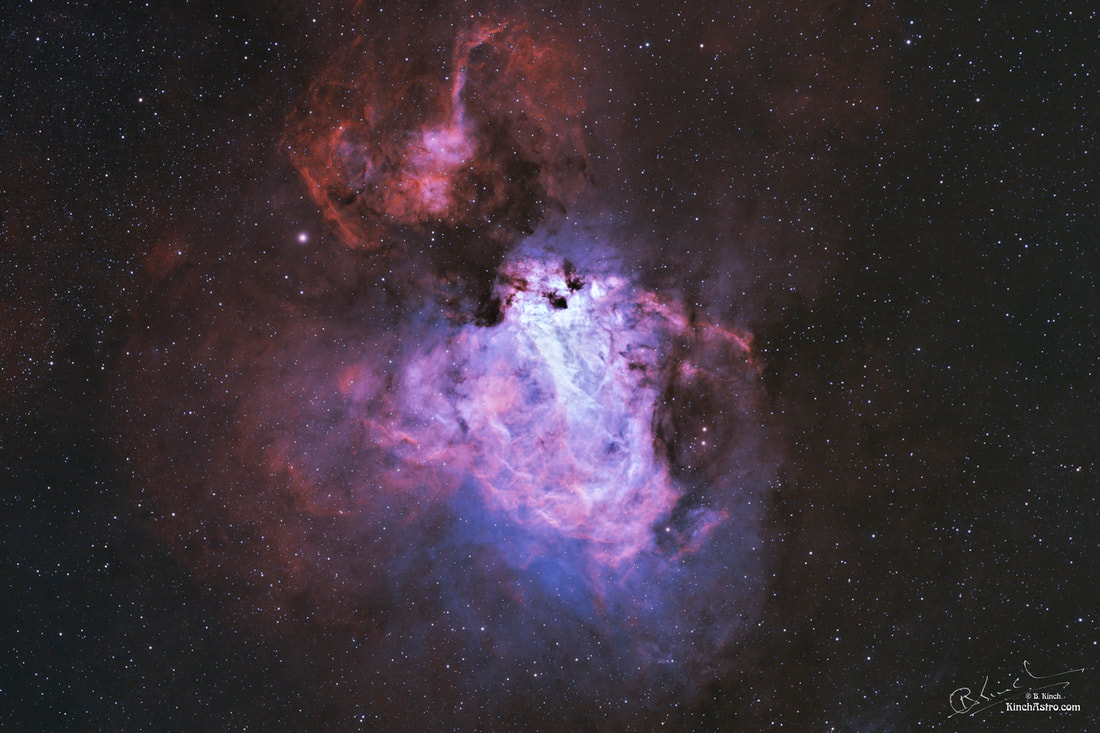 M 17 (Omega or Swan Nebula)
The above image is an updated rendition; completed in July 2022.
Previous                                           Click on image to enlarge                         Next
The Omega Nebula, also known as the Swan Nebula, Checkmark Nebula, Lobster Nebula, and the Horseshoe Nebula (catalogued as Messier 17 or M17 or NGC 6618) is an H II region in the constellation Sagittarius. It was discovered by Philippe Loys de Chéseaux in 1745. Charles Messier catalogued it in 1764. It is by some of the richest star fields of the Milky Way, figuring in the northern two-thirds of Sagittarius.
The Omega Nebula is between 5,000 and 6,000 light-years from Earth and it spans some 15 light-years in diameter. The cloud of interstellar matter of which this nebula is a part is roughly 40 light-years in diameter and has a mass of 30,000 solar masses. The total mass of the Omega Nebula is an estimated 800 solar masses.
It is considered one of the brightest and most massive star-forming regions of our galaxy. Its local geometry is similar to the Orion Nebula except that it is viewed edge-on rather than face-on.
The open cluster NGC 6618 lies embedded in the nebulosity and causes the gases of the nebula to shine due to radiation from these hot, young stars; however, the actual number of stars in the nebula is much higher - up to 800, 100 of spectral type earlier than B9, and 9 of spectral type O, plus over a thousand stars in formation on its outer regions. It is also one of the youngest clusters known, with an age of just 1 million years.
I started this image intending to do an SHO final image. When processing the data, I also looked at perhaps combining the data as an HOO image. In the end, I actually mixed the SHO & HOO images to try present the data in a different light.  ☺ 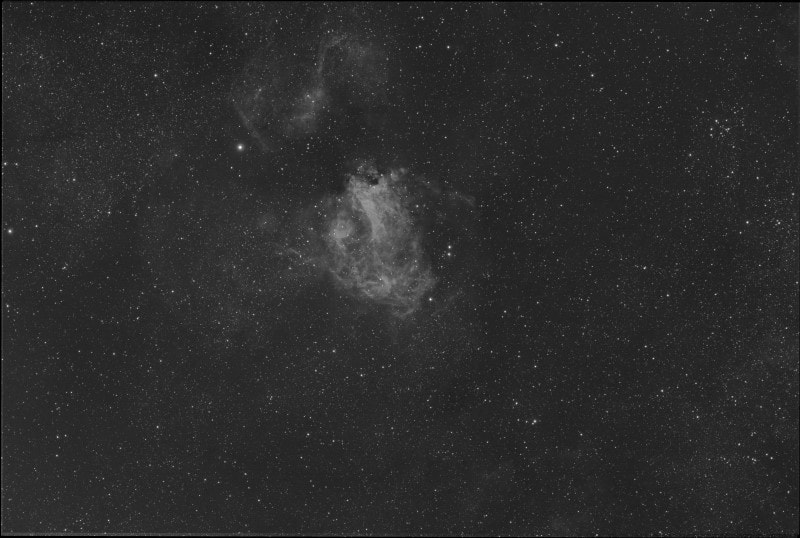 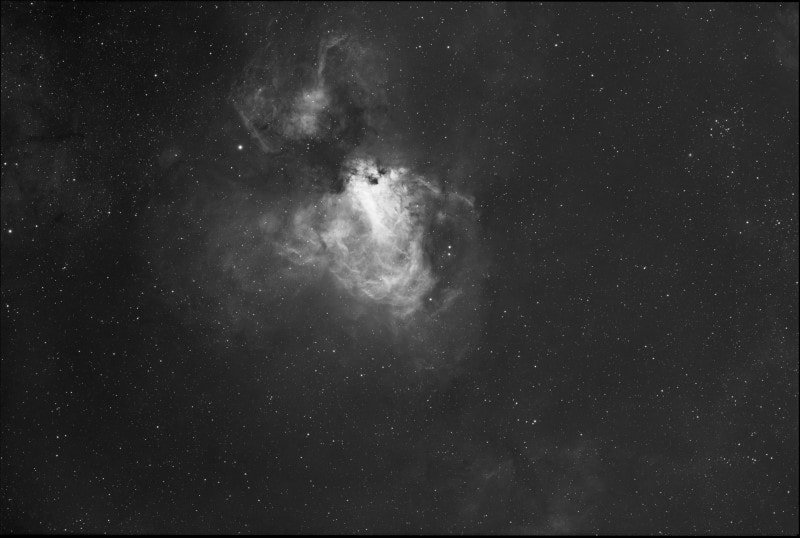 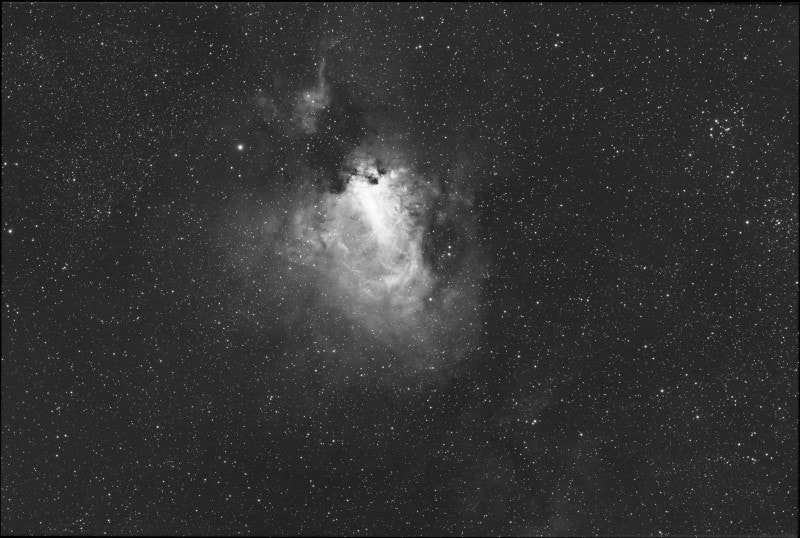 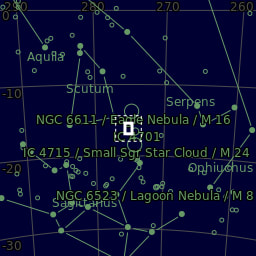 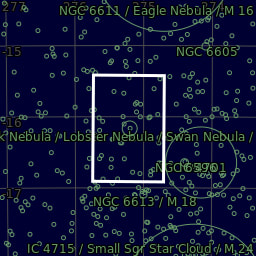 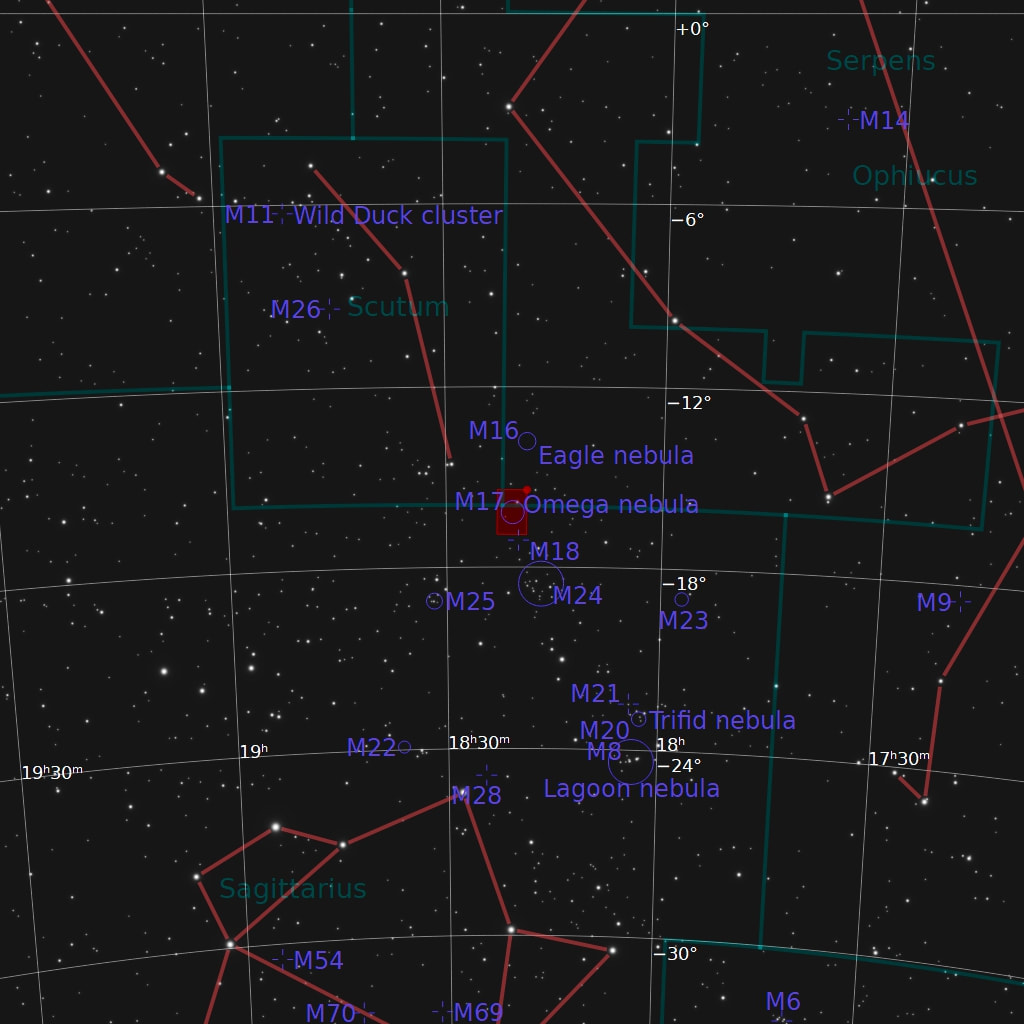 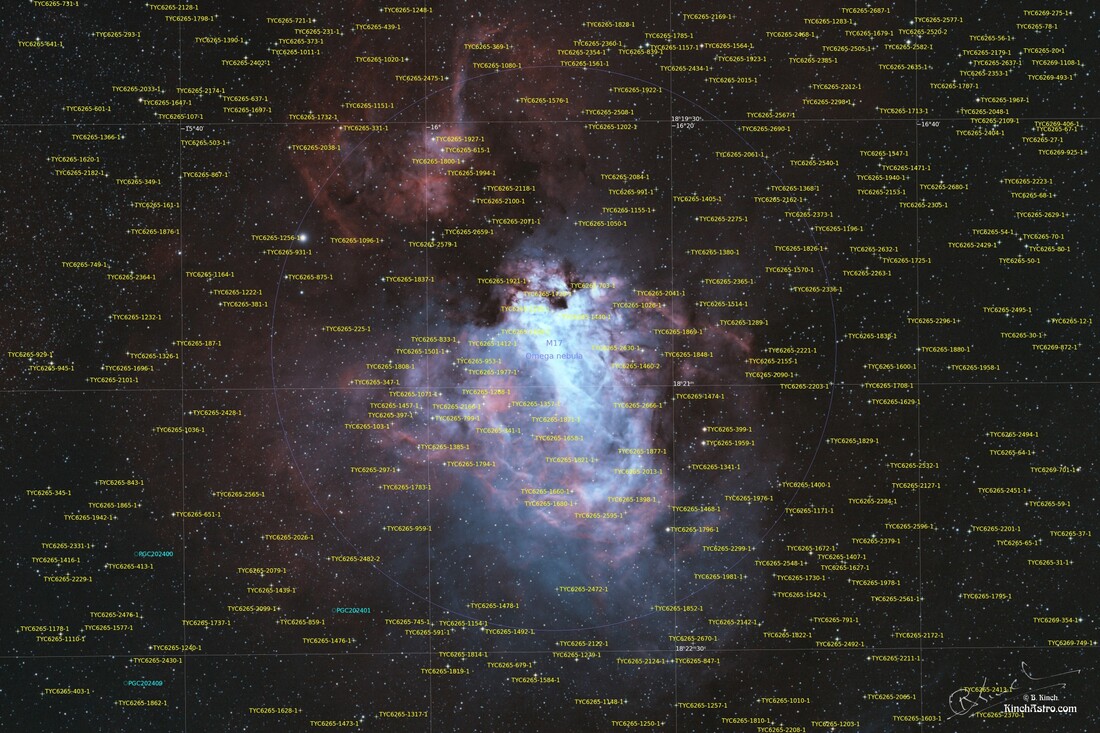