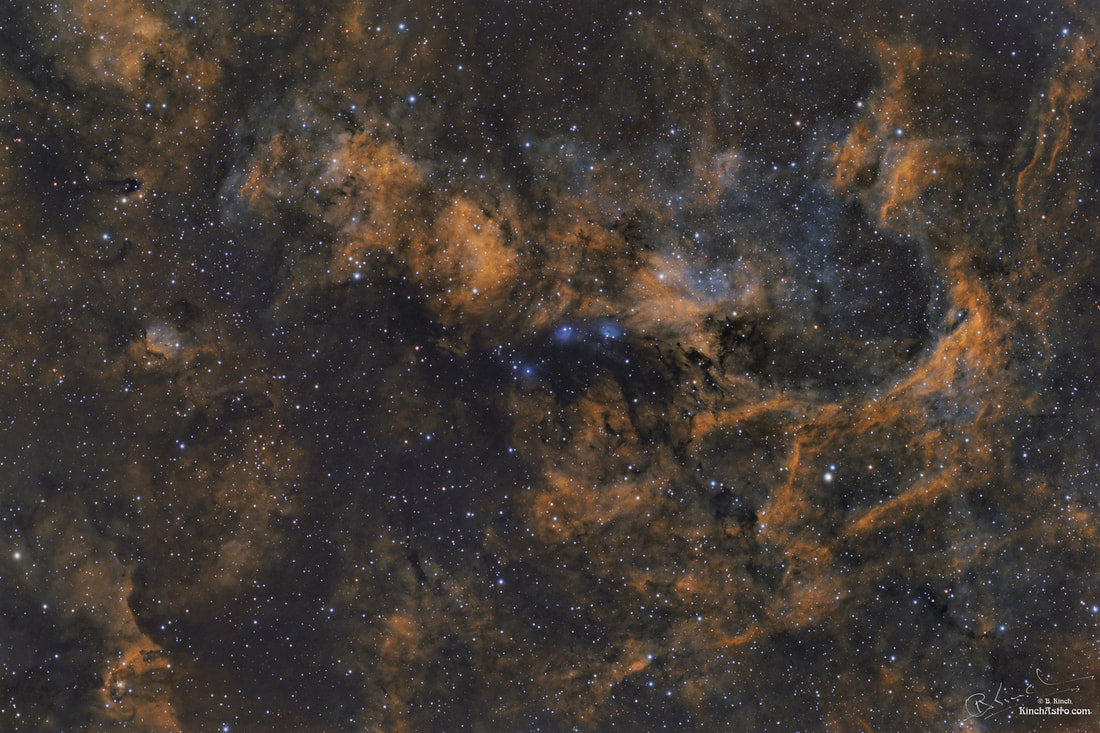 Around NGC 6914
Click on any image to enlarge
A closer look: 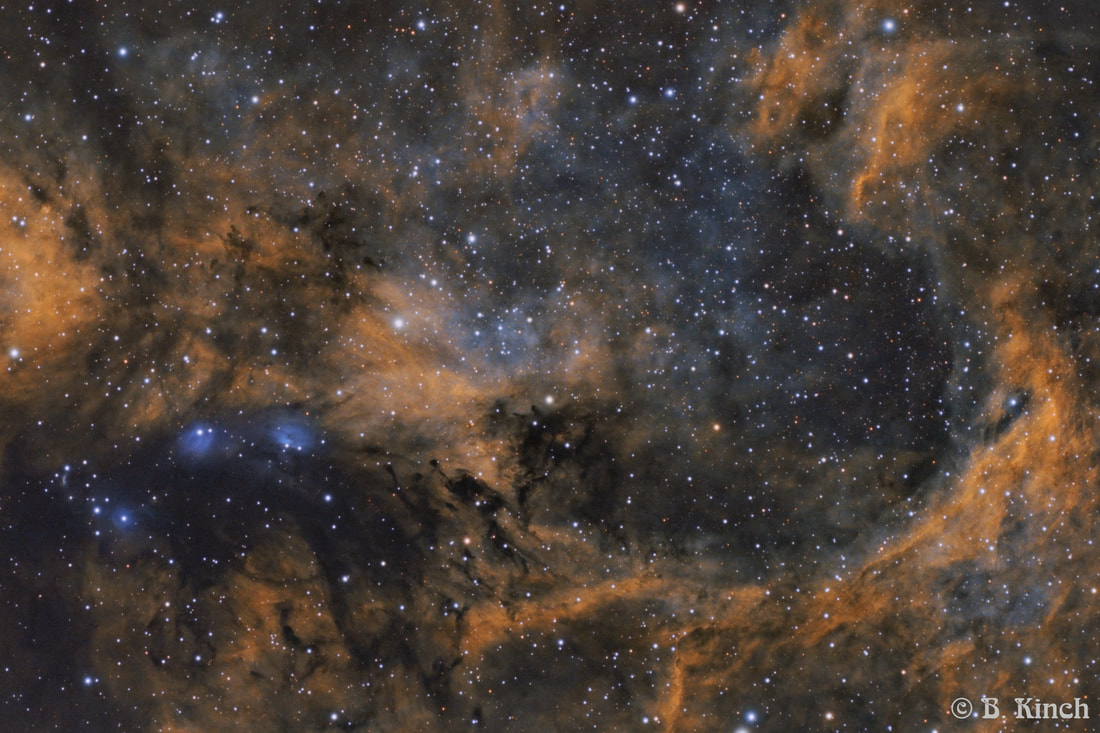 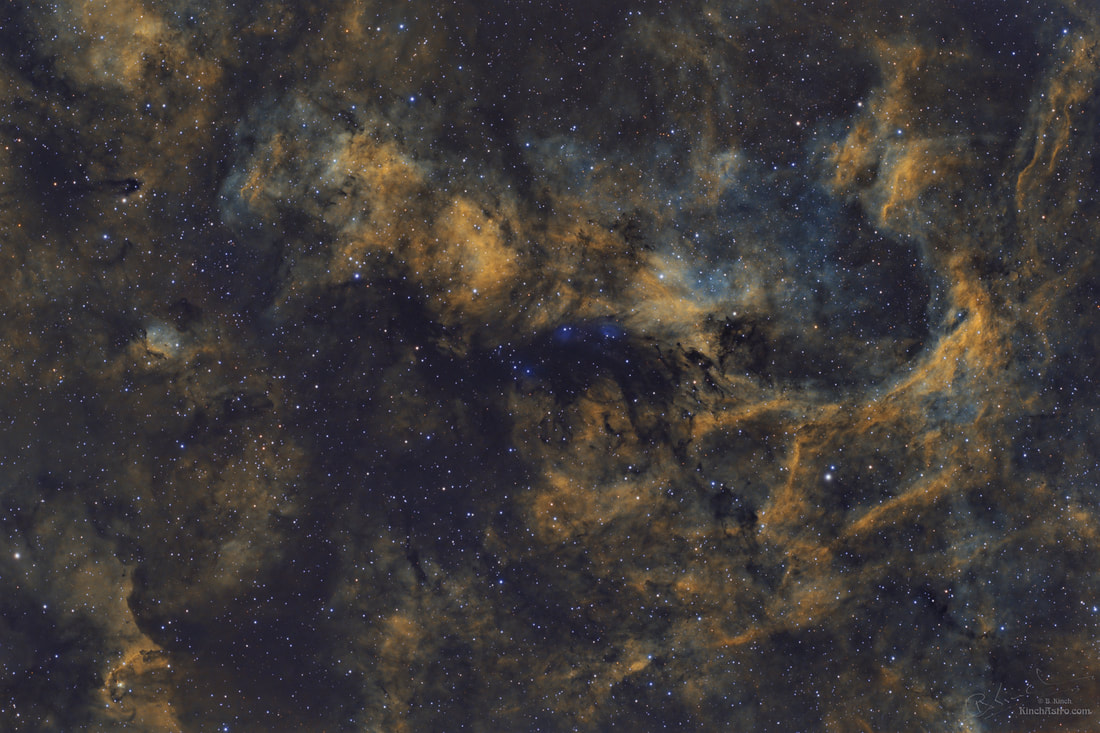 I also worked the RGB data to try have a closer look at the reflection nebula - there is only so much a wide field 4" scope can do, but it worked out OK - considering!  (This image is rotated 180°) 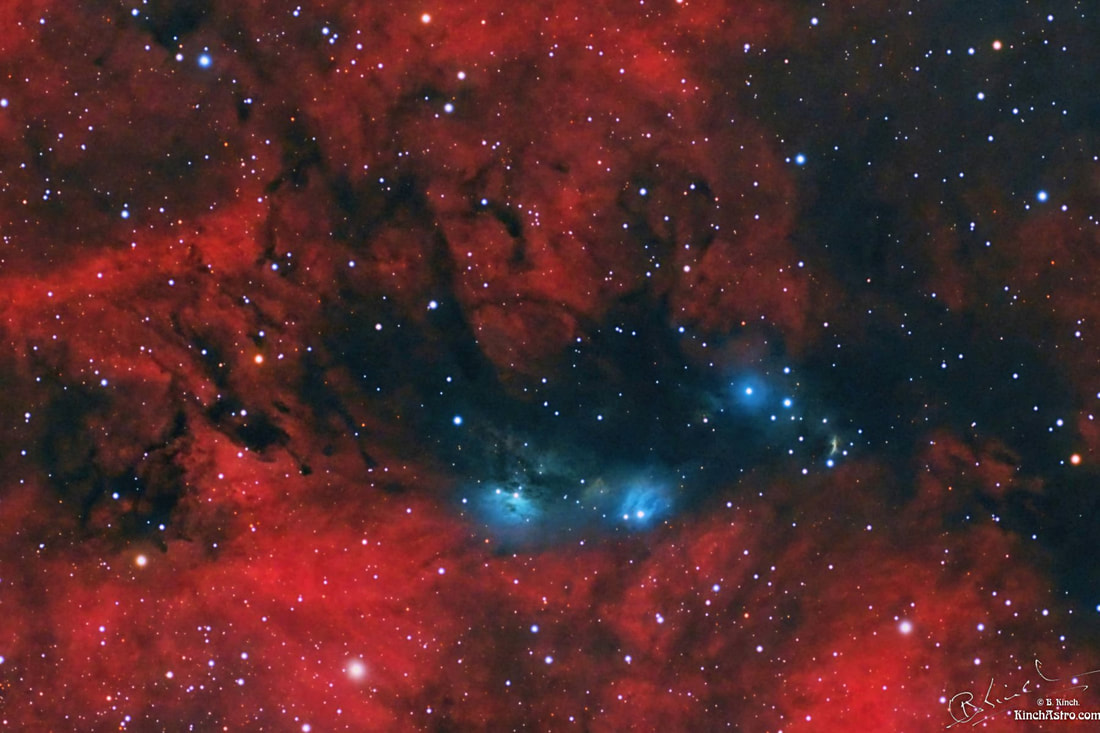 NGC 6914 - Reflection Nebula
​NGC 6914 is a reflection nebula located approximately 6,000 light-years away in the constellation of Cygnus, and was discovered by Édouard Stephan on August 29, 1881.
Cygnus is a northern constellation on the plane of the Milky Way, deriving its name from the Latinized Greek word for swan. Cygnus is one of the most recognizable constellations of the northern summer and autumn, and it features a prominent asterism known as the Northern Cross (in contrast to the Southern Cross). Cygnus was among the 48 constellations listed by the 2nd century astronomer Ptolemy, and it remains one of the 88 modern constellations. 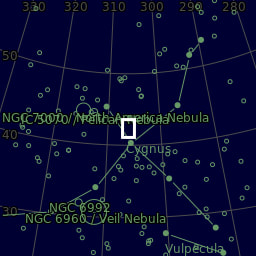 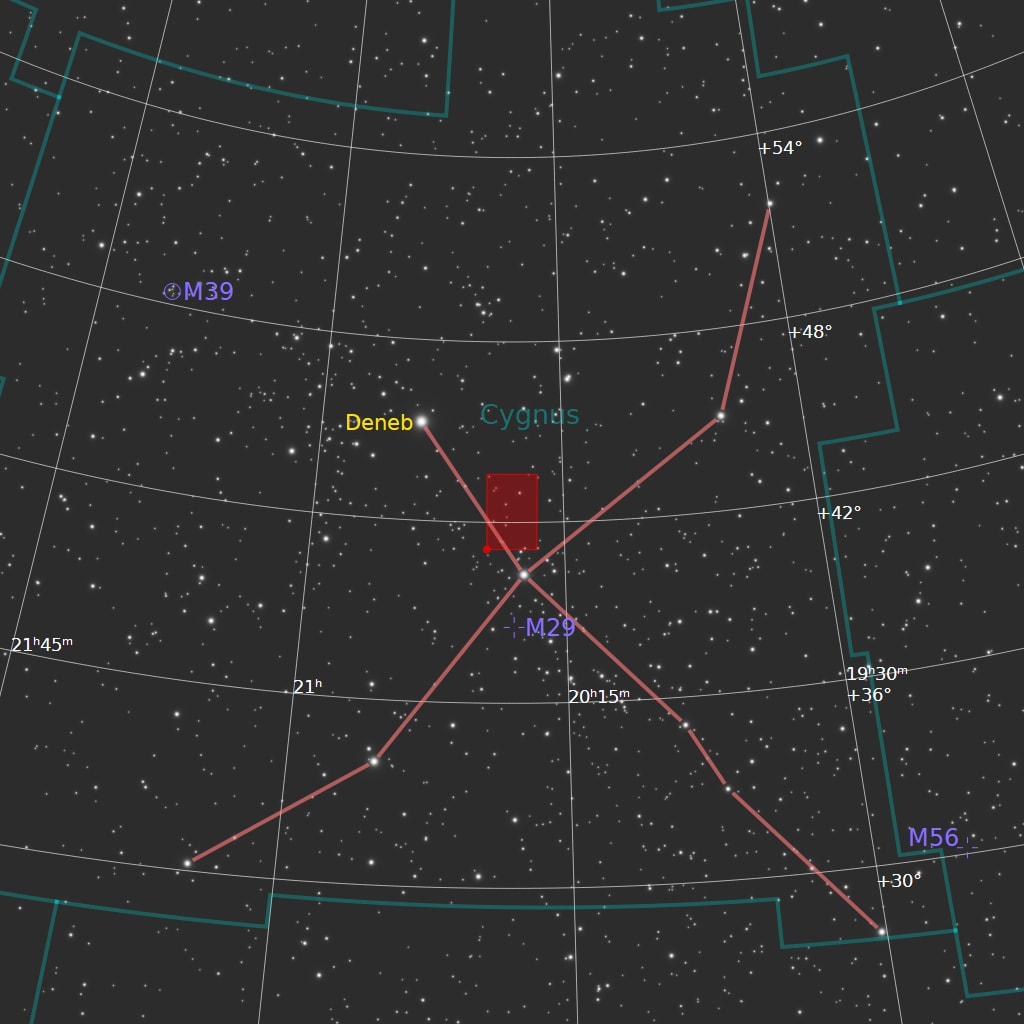 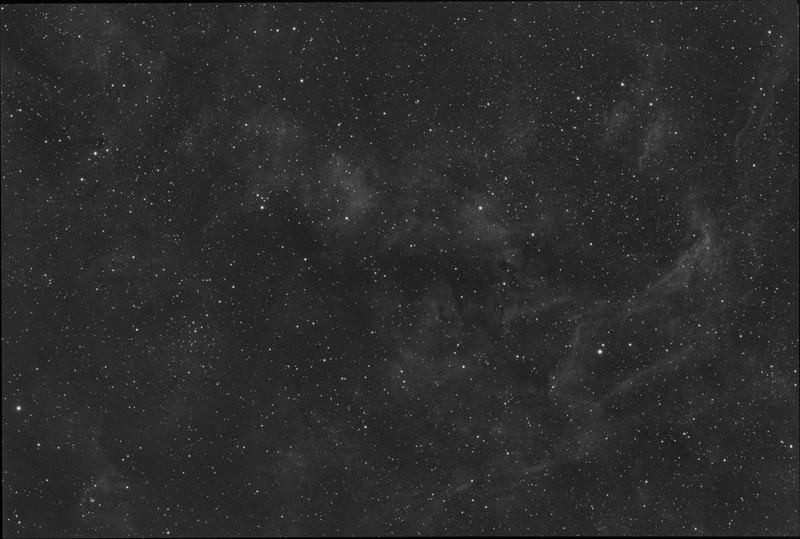 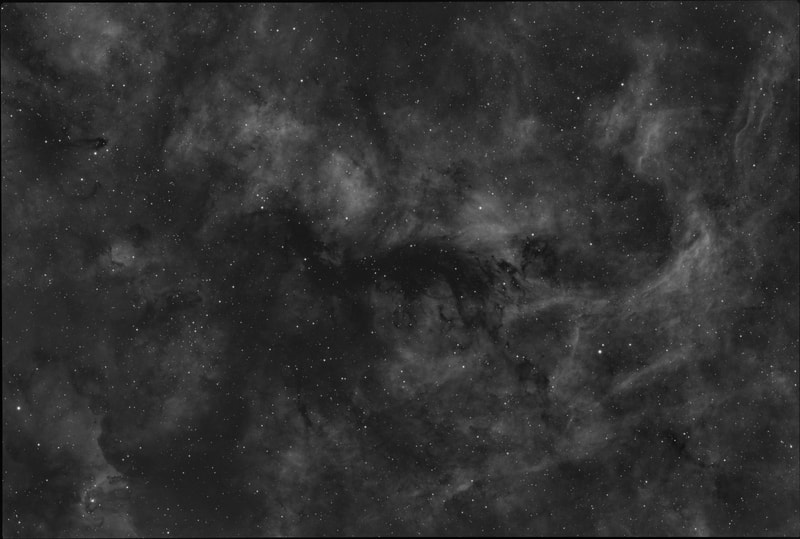 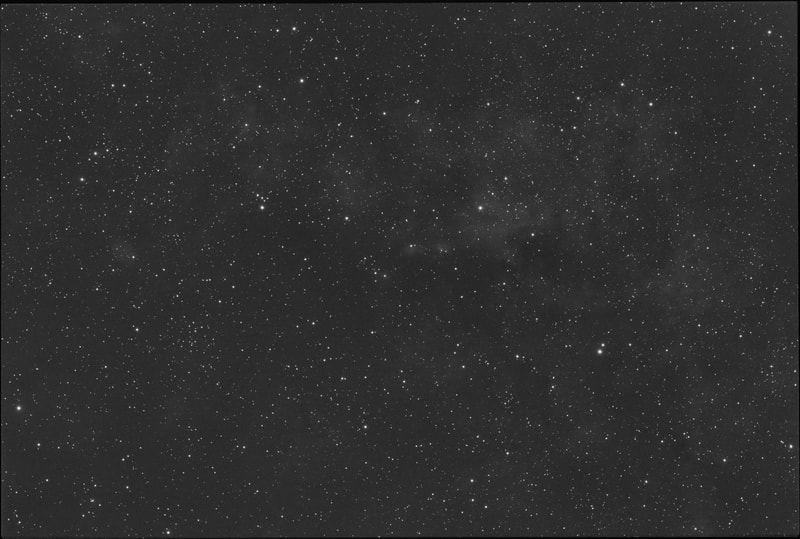 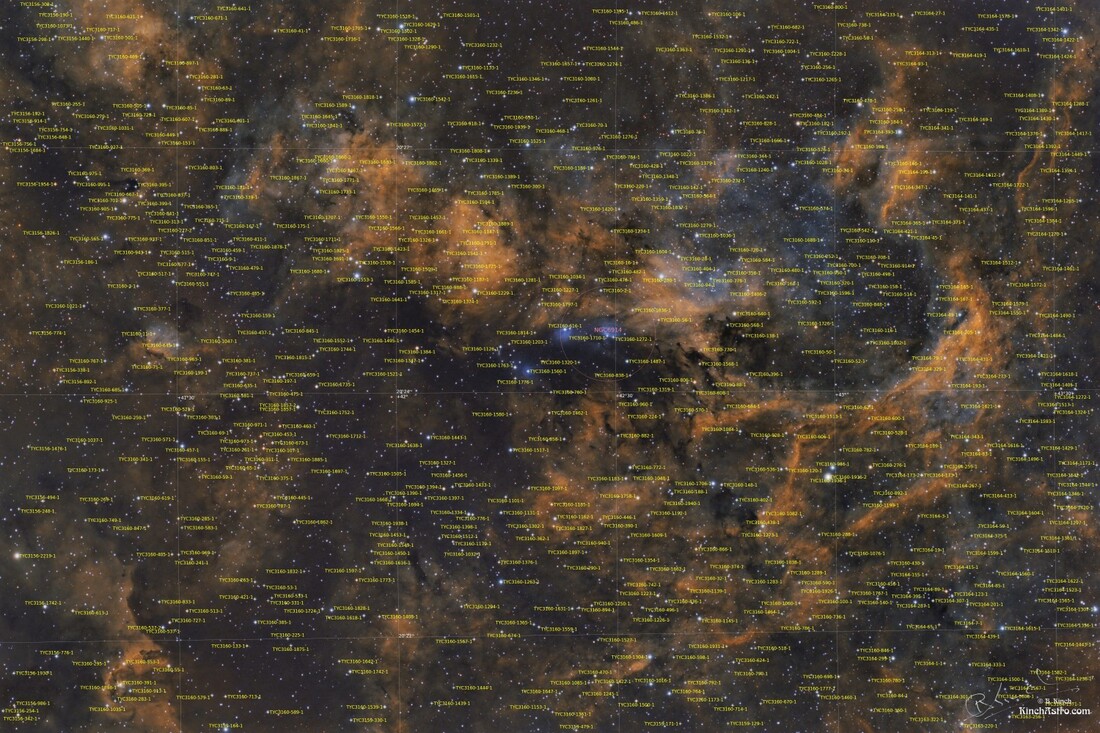