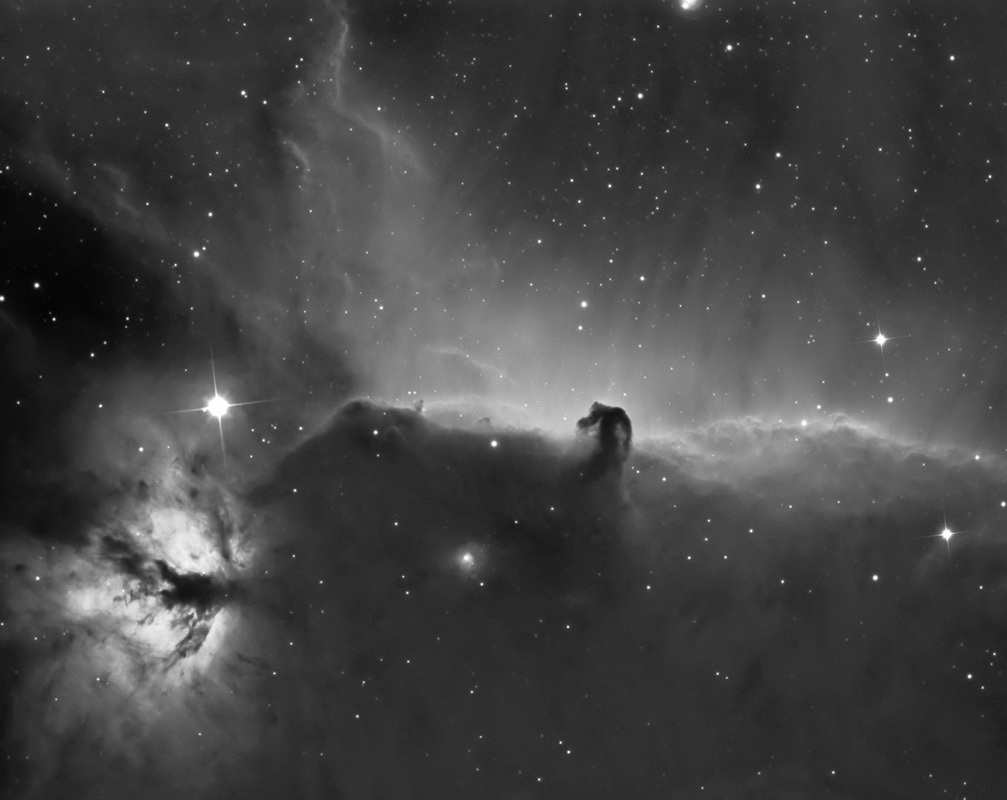 The nebula exhibits a noticeable change in the density of the stars which indicates that a red ribbon of radiant red hydrogen gas at the precipice of a sizable dark cloud. The underside of the horse’s visible ‘neck’ reflects this concept of shade and density because it casts a great shadow across the field of view just below the horse’s ‘muzzle’. The visible heart of the nebula emerges from the gaseous complex to serve as an active site of the formation of “low-mass” stars. A glowing strip of hydrogen gas marks the edge of the massive cloud and noticeable densities of stars are present on either side.

The dark cloud of dust and gas is a region in the Orion Nebula where star formation is taking place right now. A complex housing forming stars, known as a stellar nursery, can contain over 100 known organic and inorganic gases as well as dust consisting of large and complex organic molecules. The region of the Orion Nebula containing the Horsehead is a stellar nursery. The darkness of the massive nebula is not explained by this dust and gas, but by the complex blocking the light of stars behind it. The heavy concentrations of dust in the Horsehead Nebula region and neighbouring Orion Nebula are localized, resulting in alternating sections of nearly complete opacity and transparency