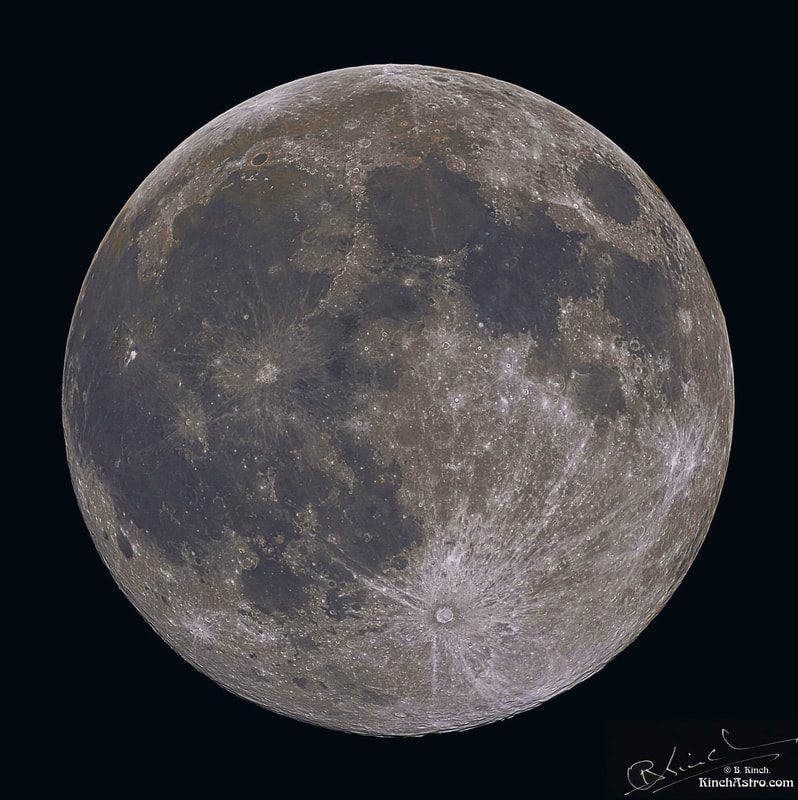 In the 1930s the Maine Farmer's Almanac began publishing American Indian Moon names for the months of the year. According to this almanac, as the full Moon in April, this is the Pink Moon, named after the herb moss pink, also known as creeping phlox, moss phlox, or mountain phlox. The plant is native to the eastern United States and is one of the earliest widespread flowers of spring.
Imaging telescope: Takahashi FS 60 CB   (This is normally my guide scope)
Imaging cameras: QHY 5P-II
Mounts: Takahashi EM 400 Temma 2
Guiding cameras: None
Focal Extender / Reducer:  None
Software: SharpCap (for capture), AutoStakkert (for stacking), Photoshop & PixInsight for processing.
Filters: None
Accessories: None 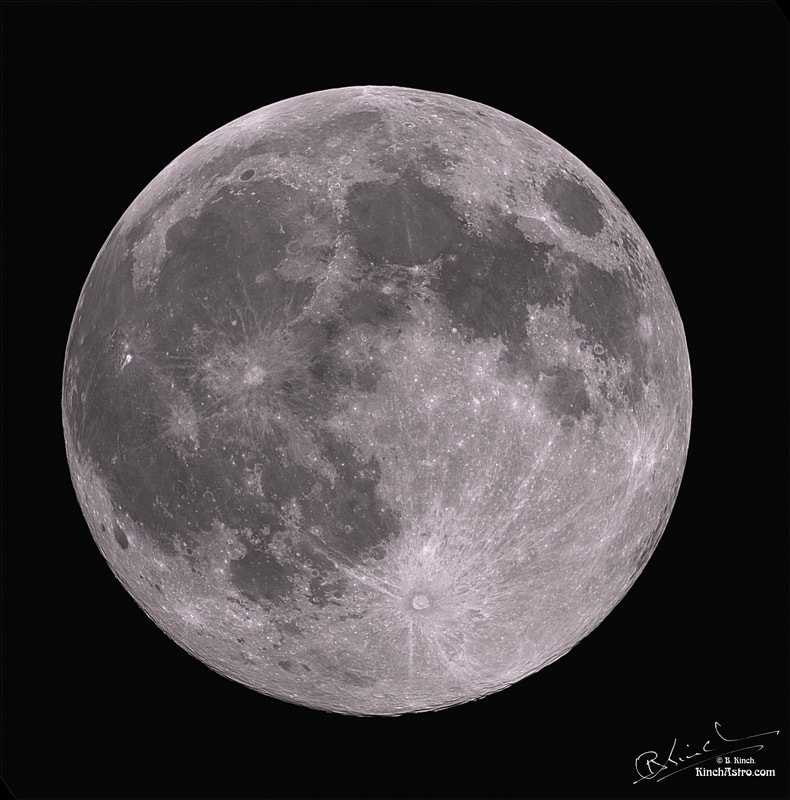