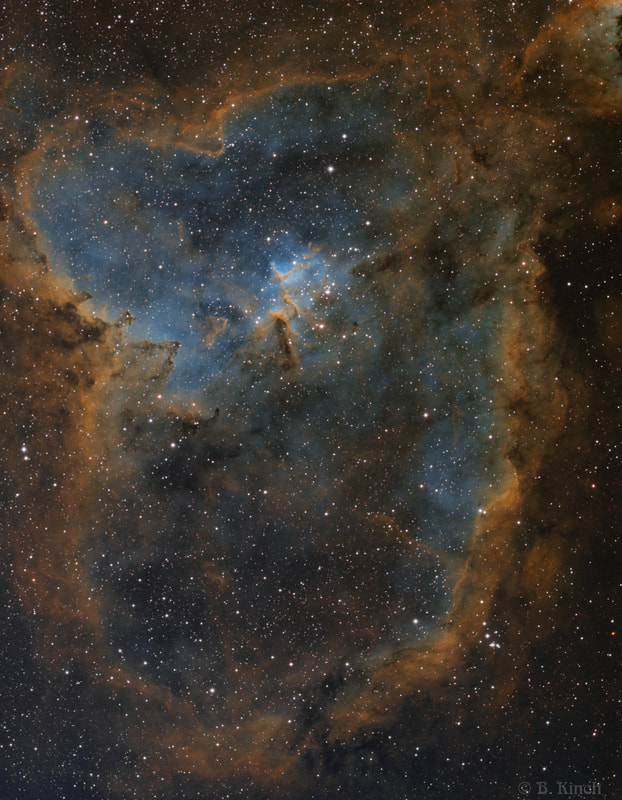 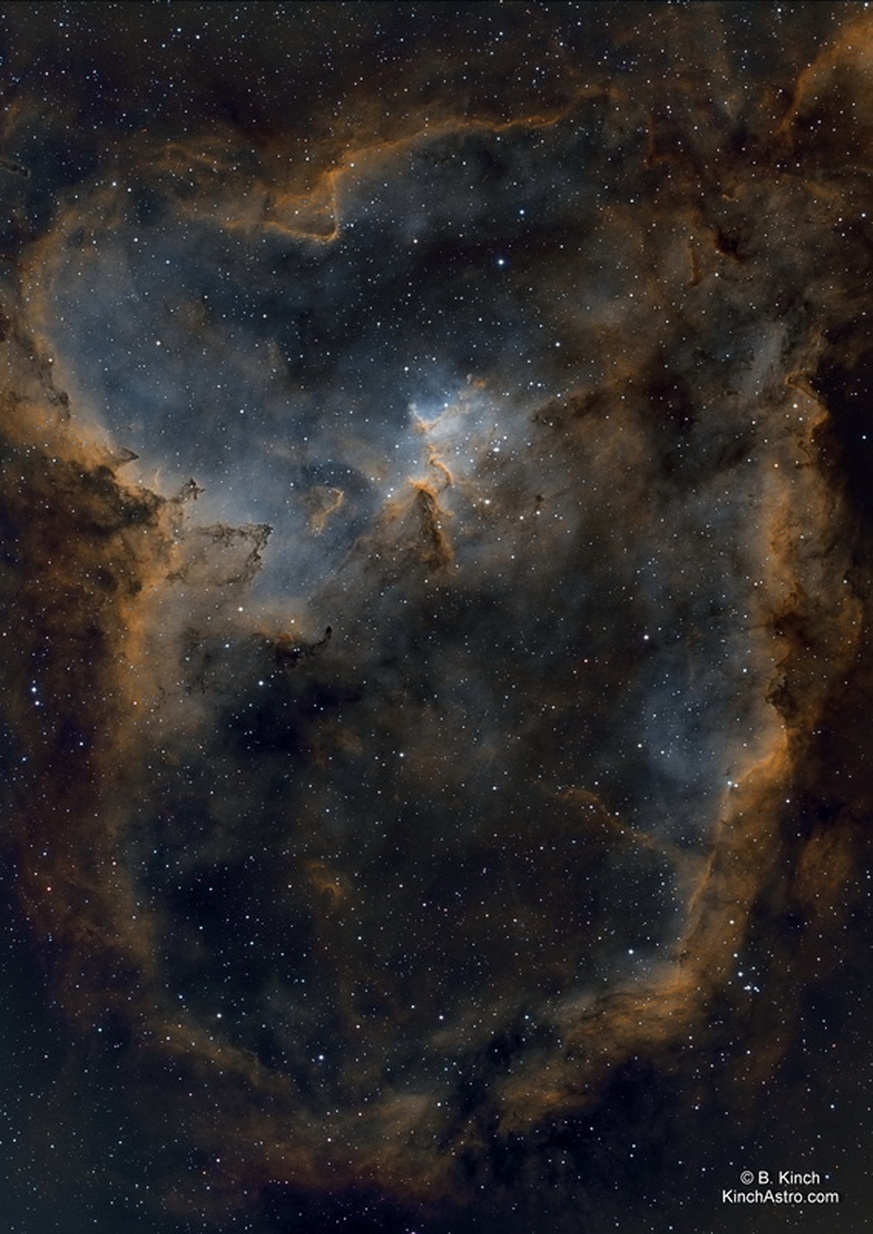 The nebula's intense output and its configuration are driven by the radiation emanating from a small group of stars near the nebula's center. This open cluster of stars known as Melotte 15 contains a few bright stars nearly 50 times the mass of our Sun, and many more dim stars that are only a fraction of our Sun's mass. The cluster used to contain a microquasar that was expelled millions of years ago.

At its very center are two stars locked in orbit, accounting for the unique shape of the Nebula. The stars are doomed to fuse together and explode into a supernova in 700 million years. According to researchers, this discovery, reported in Nature in February 2015, was the first confirmation that giant white dwarf binaries exist, and the first record of a system with such a fate.