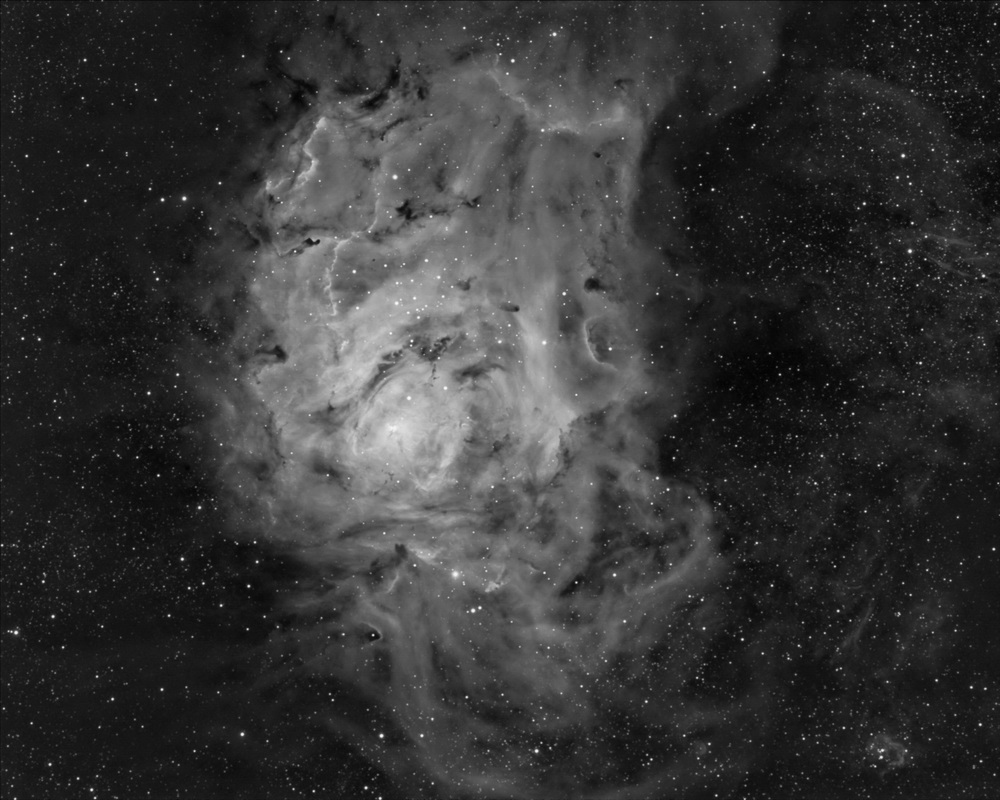 The Lagoon Nebula is estimated to be between 4,000-6,000 light years from the Earth. In the sky of Earth, it spans 90' by 40', translates to an actual dimension of 110 by 50 light years. Like many nebulas, it appears pink in time-exposure color photos but is gray to the eye peering through binoculars or a telescope.

The nebula contains a number of Bok globules (dark, collapsing clouds of protostellar material), the most prominent of which have been catalogued by E. E. Barnard as B88, B89 and B296. It also includes a funnel-like or tornado-like structure caused by a hot O-type star that emanates ultraviolet light, heating and ionizing gases on the surface of the nebula.
All Images