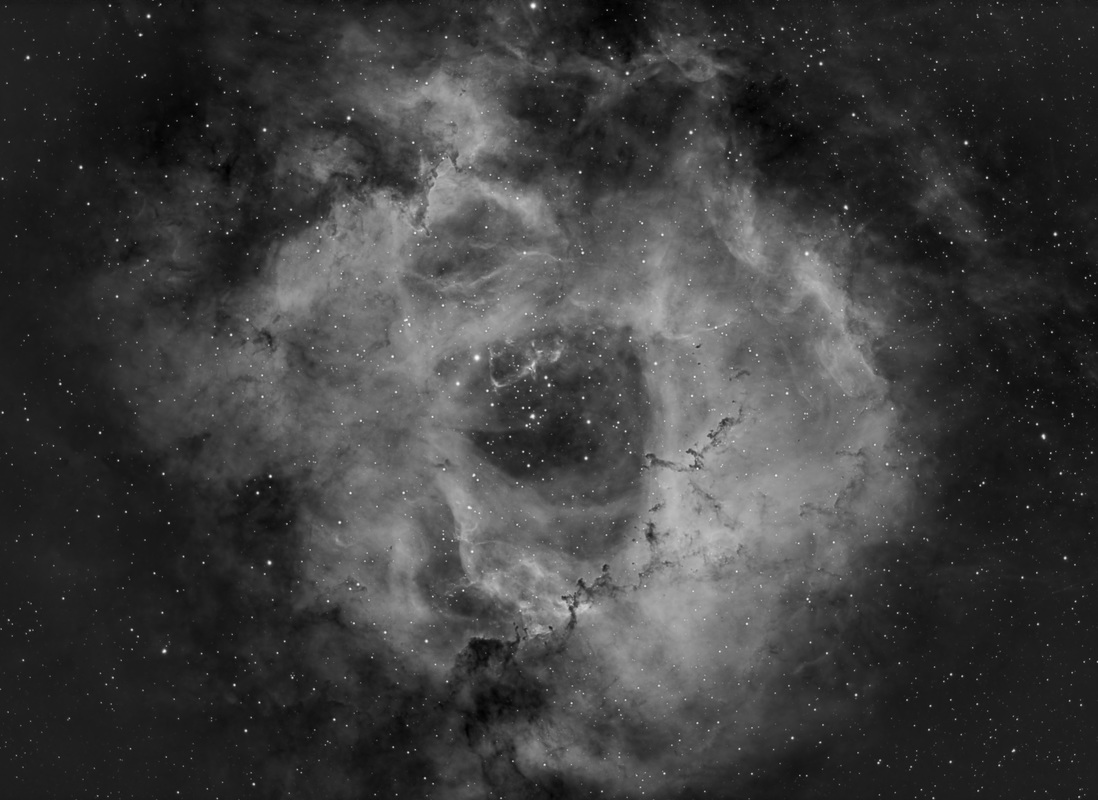 This is the initial work on a full colour (HSO) image but deserves a page to itself with a high resolution link. Data was gathered in February 2016 - but it was a while in the making because of many cloudy nights.