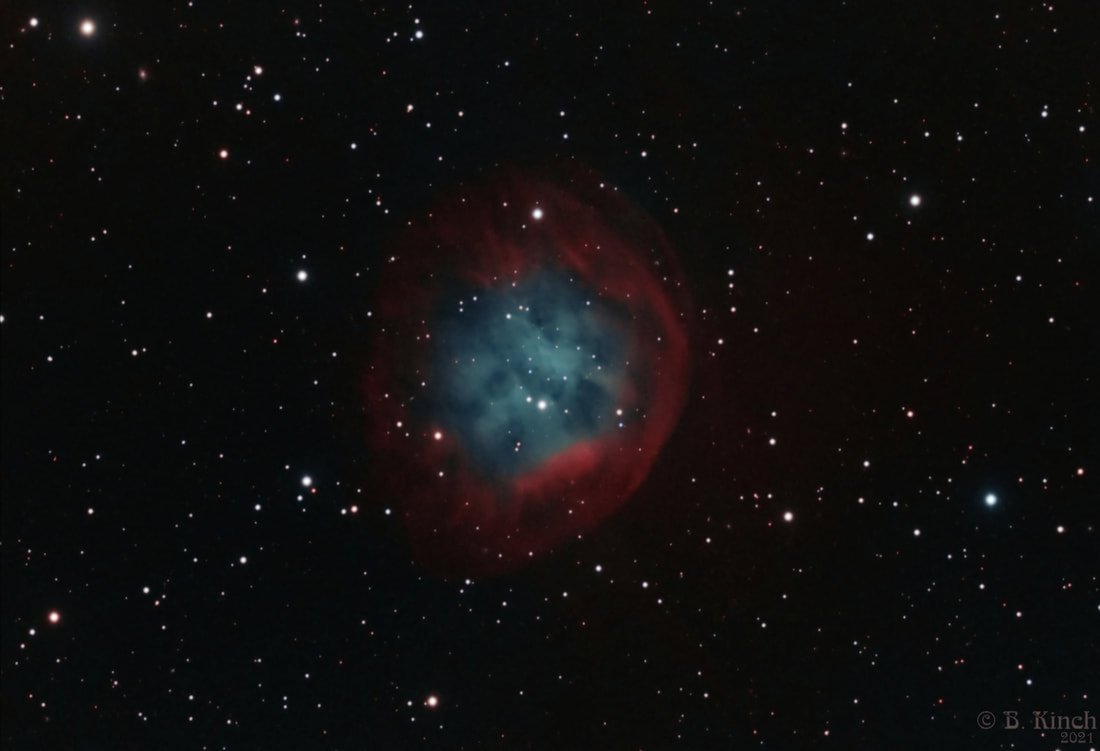 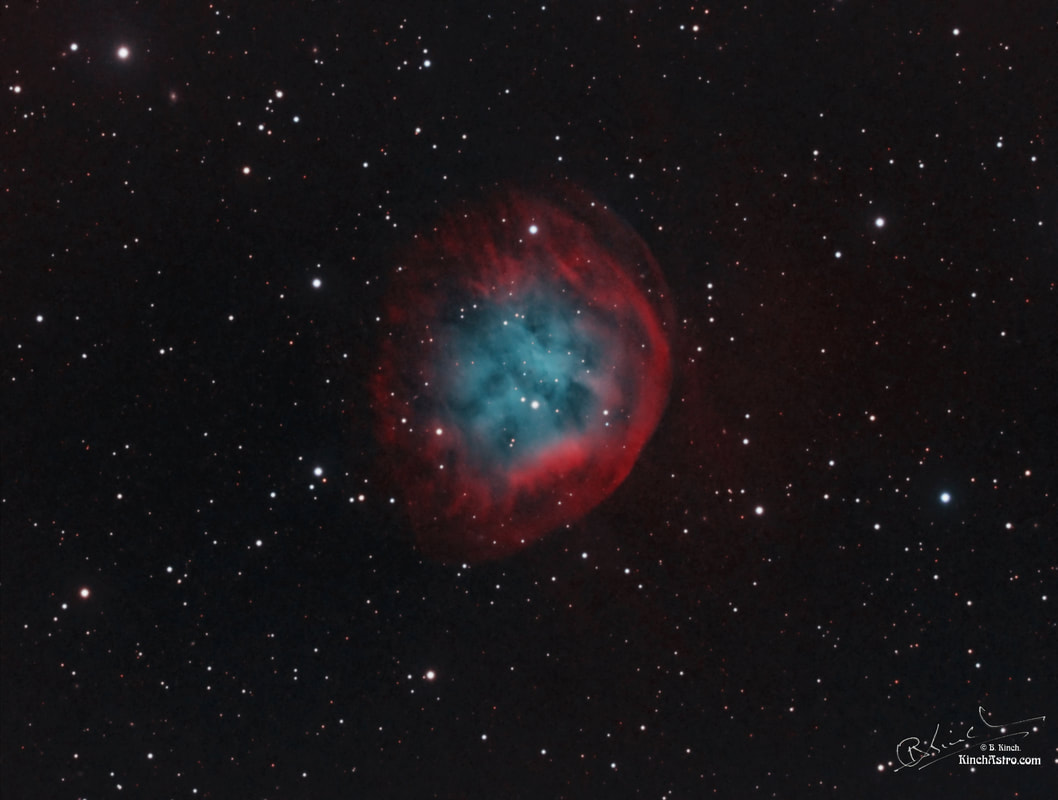 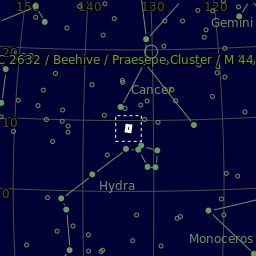 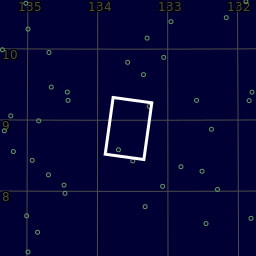 A note on Planetary Nebulae:
A planetary nebula, abbreviated as PN or plural PNe, is a type of emission nebula consisting of an expanding, glowing shell of ionized gas ejected from red giant stars late in their lives.
The term "planetary nebula" is a misnomer because they are unrelated to planets or exoplanets. The term originates from the planet-like round shape of these nebulae observed by astronomers through early telescopes. The first usage may have occurred during the 1780s with the English astronomer William Herschel who described these nebulae as resembling planets; however, as early as January 1779, the French astronomer Antoine Darquier de Pellepoix described in his observations of the Ring Nebula, "very dim but perfectly outlined; it is as large as Jupiter and resembles a fading planet". Though the modern interpretation is different, the old term is still used.
All planetary nebulae form at the end of the life of a star of intermediate mass, about 1-8 solar masses. It is expected that the Sun will form a planetary nebula at the end of its life cycle. They are a relatively short-lived phenomenon, lasting perhaps a few tens of thousands of years, compared to considerably longer phases of stellar evolution. Once all of the red giant's atmosphere has been dissipated, energetic ultraviolet radiation from the exposed hot luminous core, called a planetary nebula nucleus (PNN), ionizes the ejected material. Absorbed ultraviolet light then energizes the shell of nebulous gas around the central star, causing it to appear as a brightly coloured planetary nebula.
Planetary nebulae probably play a crucial role in the chemical evolution of the Milky Way by expelling elements into the interstellar medium from stars where those elements were created. Planetary nebulae are observed in more distant galaxies, yielding useful information about their chemical abundances.
Starting from the 1990s, Hubble Space Telescope images revealed that many planetary nebulae have extremely complex and varied morphologies. About one-fifth are roughly spherical, but the majority are not spherically symmetric. The mechanisms that produce such a wide variety of shapes and features are not yet well understood, but binary central stars, stellar winds and magnetic fields may play a role.
Annotated Image 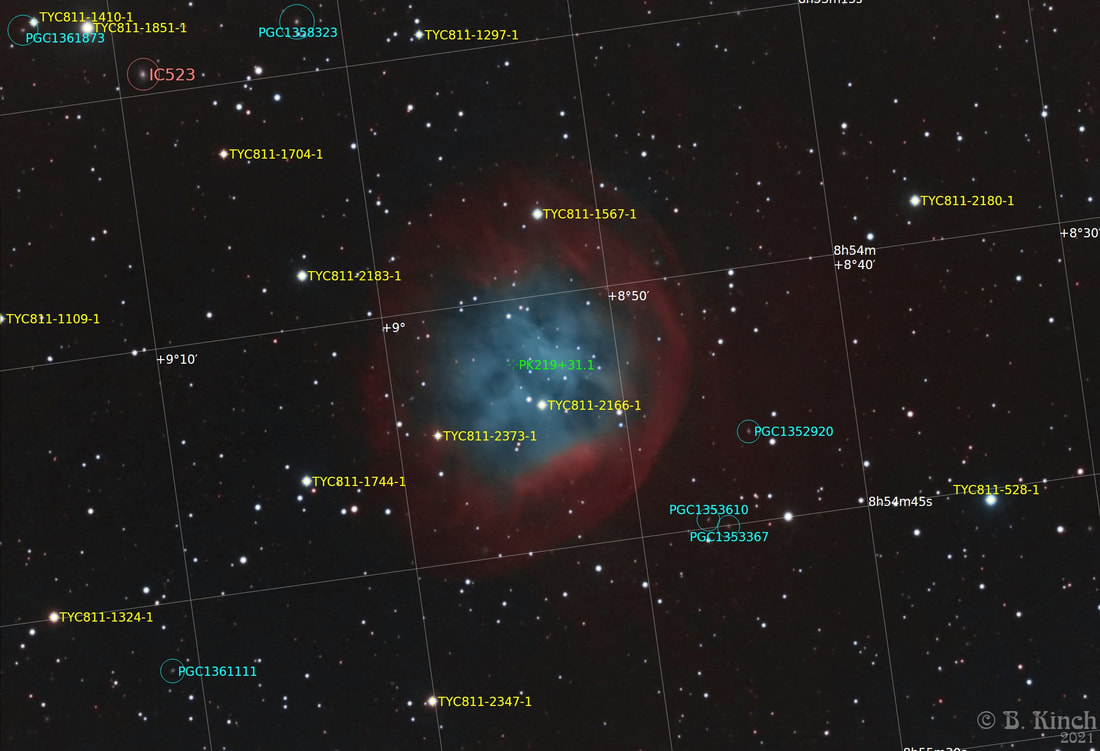