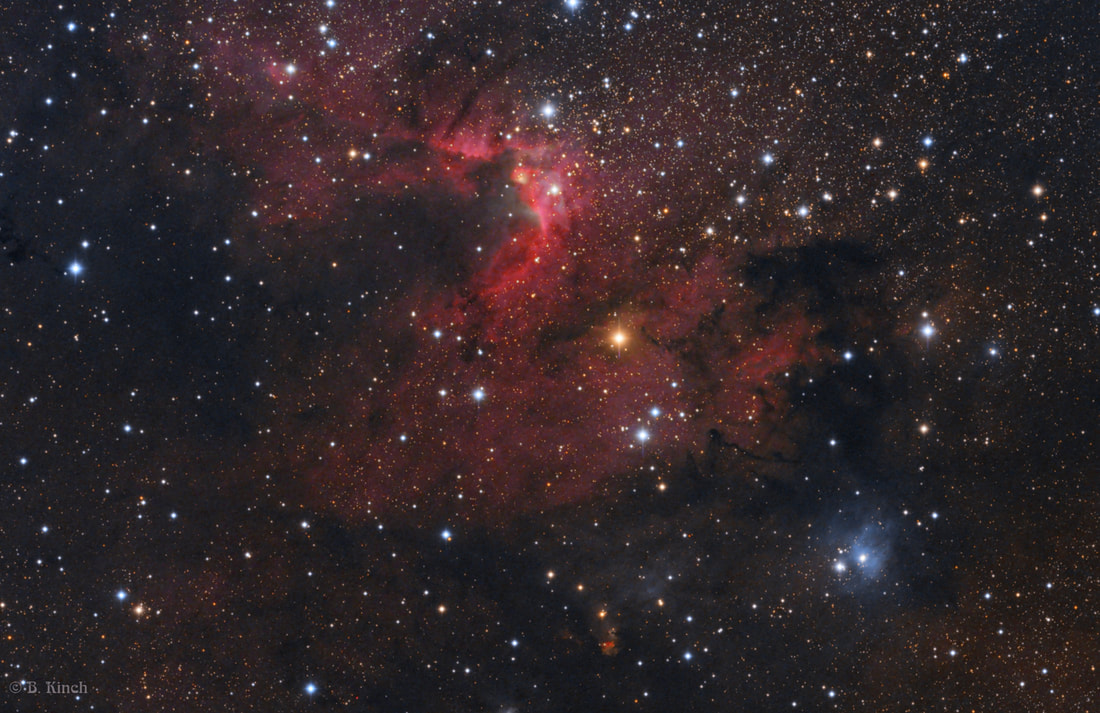 SH2- 155 (Cave Nebula)
Previous      Click on the image to enlarge - twice for highest resolution.      Next
Sh2-155 (also designated Caldwell 9, Sharpless 155 or S155) is a diffuse nebula in the constellation Cepheus, within a larger nebula complex containing emission, reflection, and dark nebulosity. It is widely known as the Cave Nebula, though that name was applied earlier to Ced 201, a different nebula in Cepheus. Sh2-155 is an ionized H II region with ongoing star formation activity, at an estimated distance of 725 parsecs (2400 light-years) from Earth.

Sh2-155 was first noted as a galactic emission nebula in 1959 in the extended second edition of the Sharpless catalogue, being a part of the much larger Cep OB3 Association. Although Sh2-155 is relatively faint for amateur observation, some of its structure may be seen visually through a moderately sized telescope under dark skies.

Sh2-155 lies at the edge of the Cepheus B cloud (part of the Cepheus molecular cloud), and is ionized by young stars from the Cep OB3 association. It has been suggested that radiation from the hot O-type star HD 217086 is compressing the region, triggering the formation of a new generation of stars. A study of the region's young stellar objects by the Chandra X-ray Observatory and Spitzer Space Telescope shows a progression of stellar ages in front of the cloud, supporting the hypothesis of triggered star-formation. 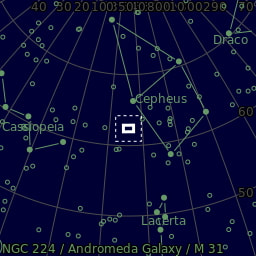 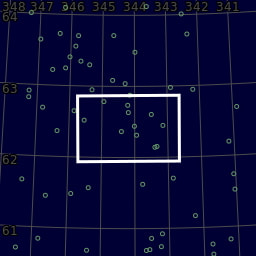 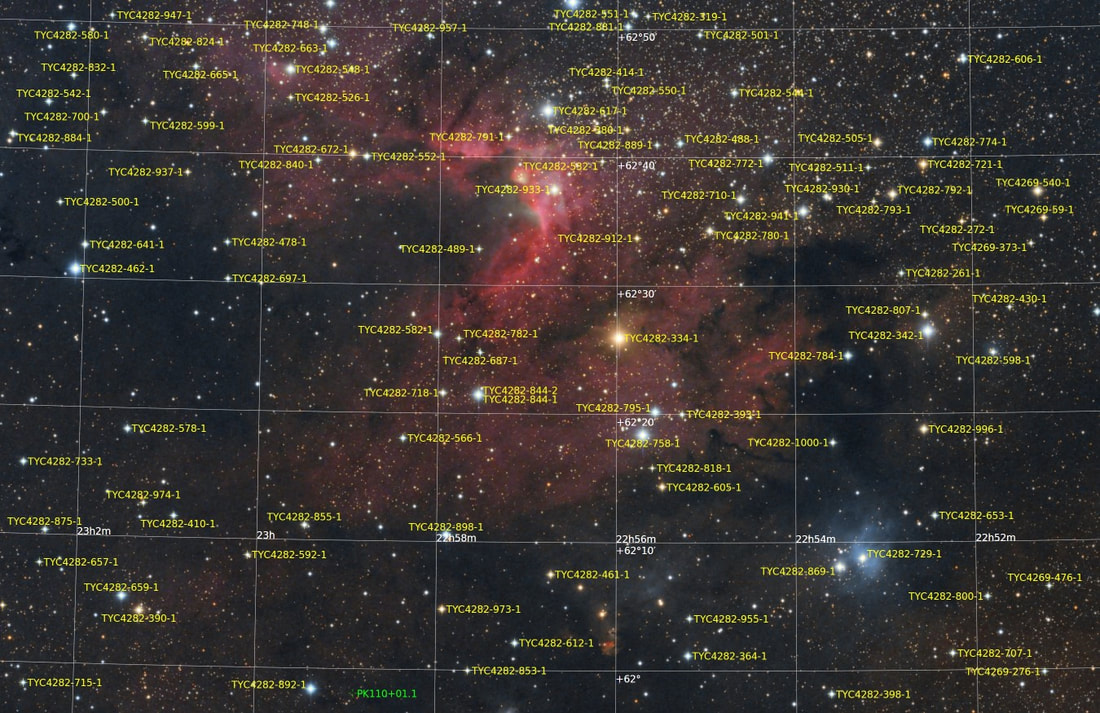