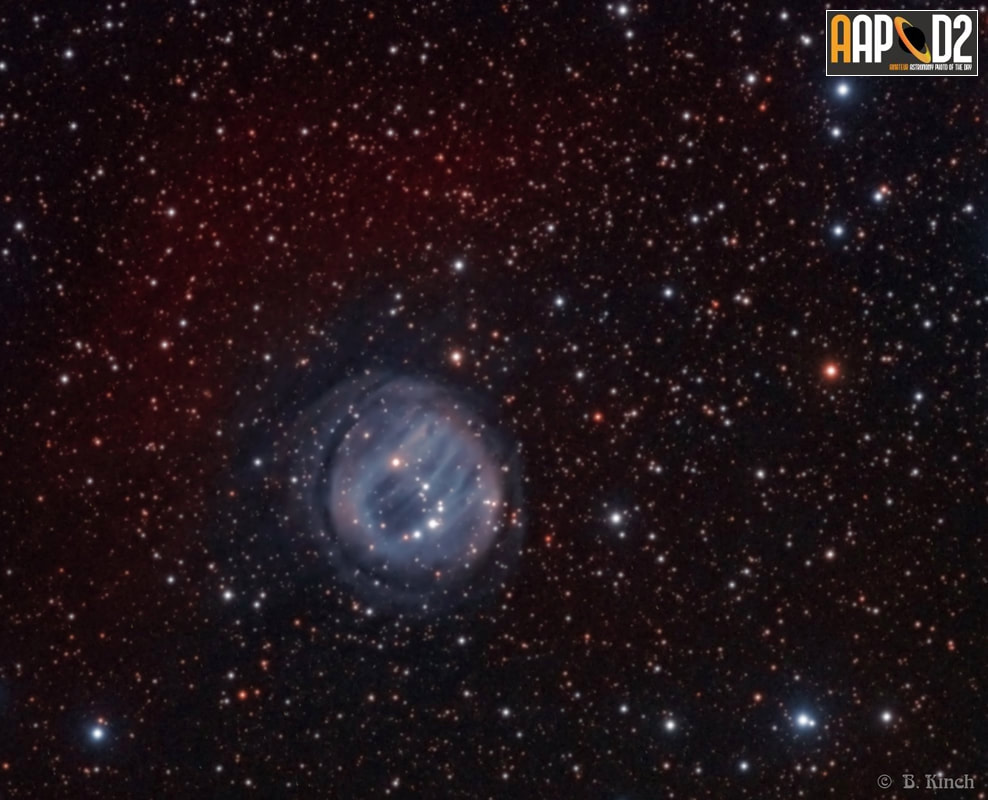 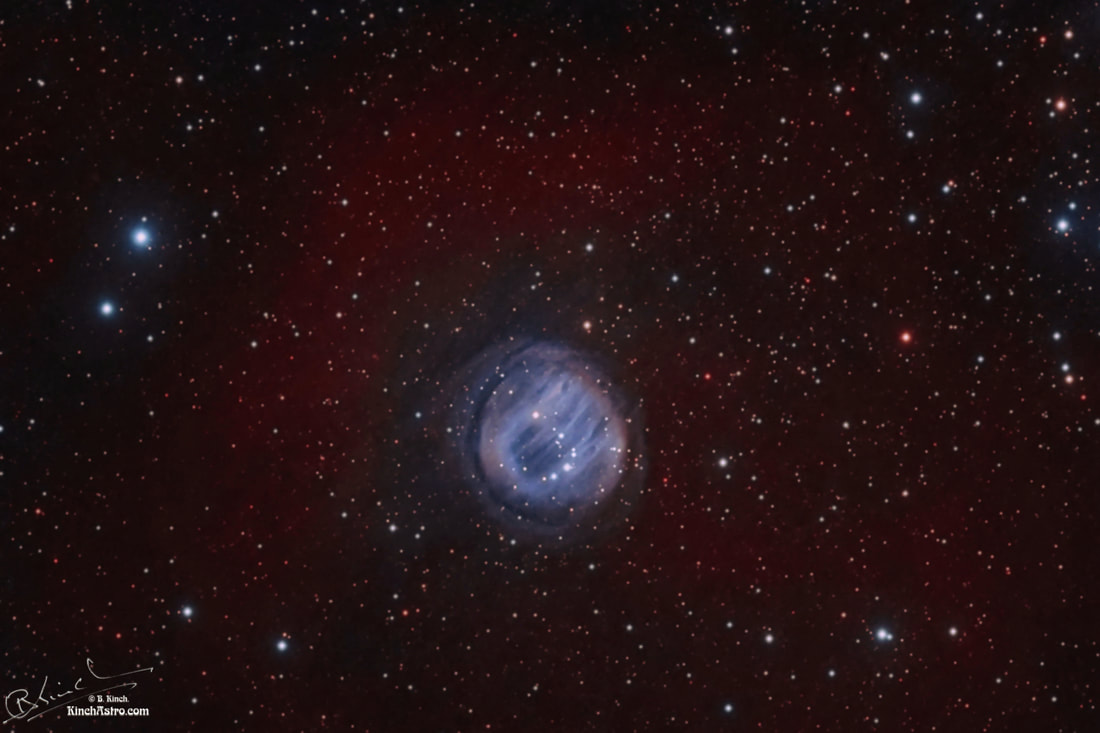 ​            Previous                                            Click on either image to enlarge.                                                   Next
Description by Sakib Rasool: (copied from internet)......
This nebula was first discovered by the astronomer Stewart Sharpless in 1959 who included it in his catalogue of HII regions under the name of Sh2-200. His catalogue was compiled after analysing photographic plates taken at the Palomar Observatory. The misidentification of HDW 2 (or Sh2-200) arose from the criteria of assembling the catalogue, which compared the separate red and blue photographic plates of the same region. If a nebula was more prominently visible on the red plate, it was deduced that it was more likely to be an ionized nebula. The other criteria was the presence of bright stars in the vicinity, which might be the source of ionization.
In 1983, Sh2-200 was included in the HDW catalogue of possible planetary nebulae by the astronomers Herbert Hartl, Johann Dengel and Ronald Weinberger. However it wasn't confirmed to be a true genuine planetary nebula until 2017 when spectra was taken as part of professional observations. In 1987, further narrowband observations by Herbert Hartl and Ronald Weinberger detected a large faint outer halo extending further than the central shell.
Despite being very old and highly evolved, low surface brightness planetary nebulae such as SH2-200 (or HDW 2 as it is also known) contain very hot and energetic central stars, which are the remnant cores of the progenitor star that died and ejected its outer gaseous layers. The energy output of some planetary nebula central stars is so prodigious that it is capable of ionizing unrelated gas in the surrounding vicinity causing it to glow. The most popular example of this phenomenon is the large halo around NGC 3242.

This was indeed faint and quite difficult to process - but worth it in the end to have an image of this interesting looking object. 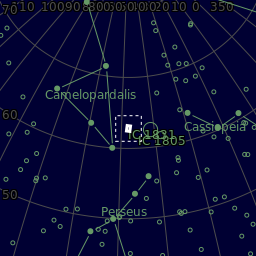 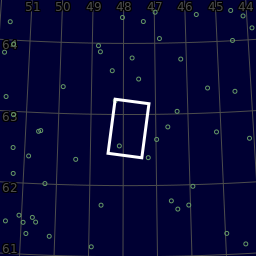