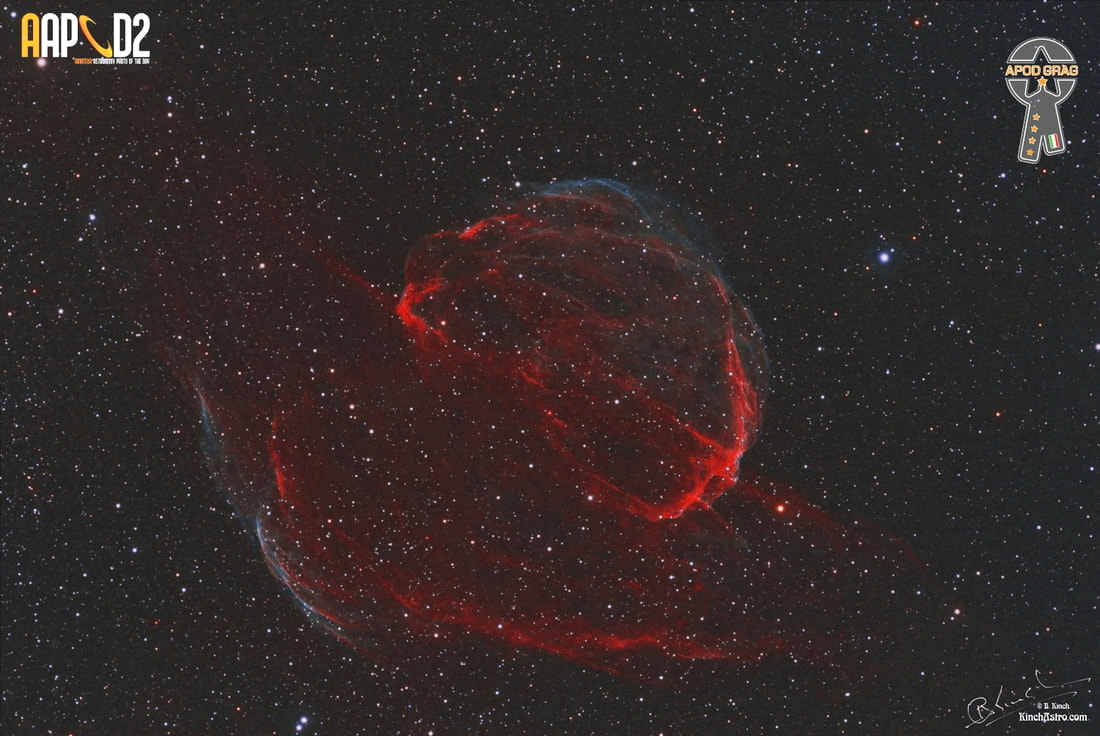 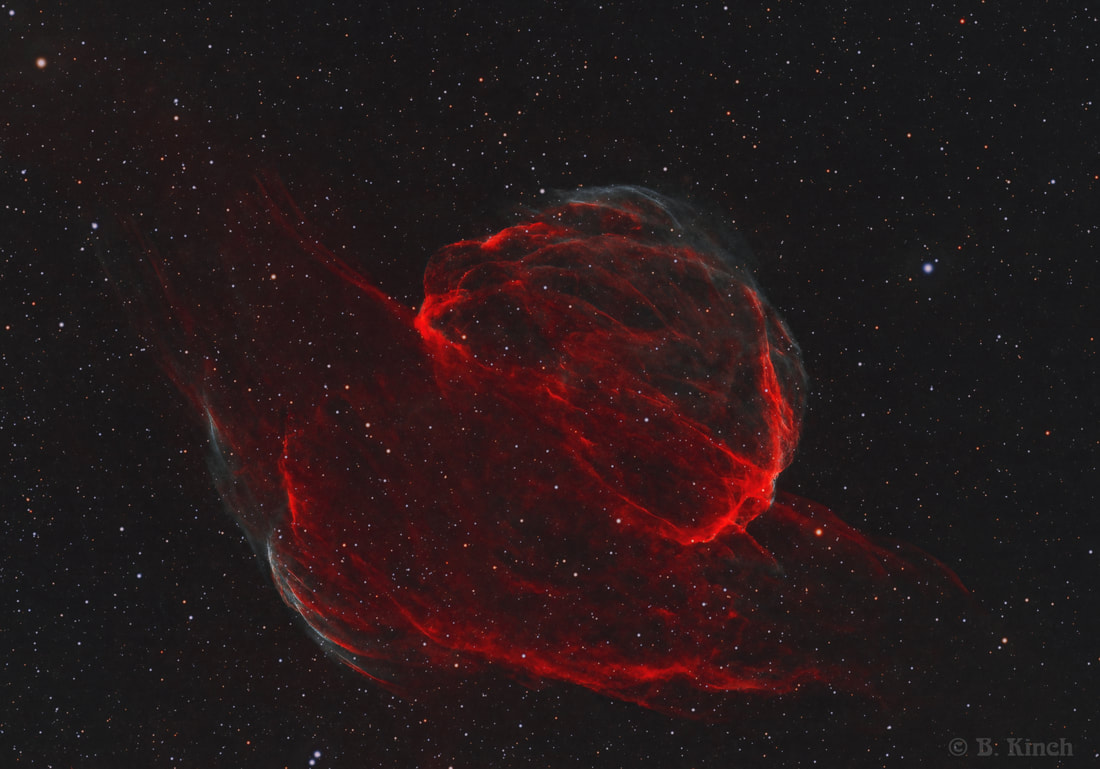 Sh2-224 is a supernova remnant visible in the constellation of Auriga. It is situated 3.5 ° to SSE of the bright star Capella, the dominant star of the constellation. It is formed by two soft nebulous filaments, the most conspicuous of which is that of the northwest and extends for 20 'x 30' towards the center of the source of radio waves, which has dimensions of 70 'x 75'. The object has an unusual shape, with a shell structure with a radius of about 25 parsec, and is in interaction with a cavity of the interstellar medium at a higher temperature than the surrounding environment, located in the south-western part and of the arch. This conformation suggests that the rest of the supernova in the southwest direction has come into contact with the cavity, first deforming and entering into interaction with this structure, then expanding inside it and creating a wider propagation wave that has emerged from the opposite part, thus creating the arch structure visible in the westernmost part, ie beyond the cavity. The distance of the structure is estimated at about 14,700 light years from the solar system, in a peripheral region of the Arm of Perseus. The X-ray study determined an age of the structure between 13,000 and 24,000 years.
​
Imaging telescopes or lenses: Takahashi FSQ130ED
Imaging cameras: ASI 2600MM-P
Mounts: Takahashi EM 400 Temma 2M
Guiding telescopes or lenses: Takahashi FS60CB
Guiding cameras: QHY CCD QHY 5 II
Focal Extender / Reducer:  None
Software: PHD 2,  Pleiades Astrophoto PixInsight , Astro Pixel Processor (for stacking),  Sequence Generator Pro SGP (for capture)
Filters: Astrodon Ha, OIII & RGB
Accessories: SeleTEK2/Robofocus Focuser,  ATIK EFW3 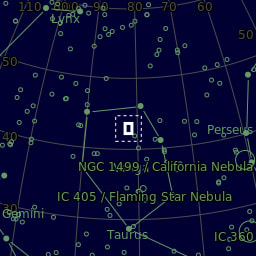 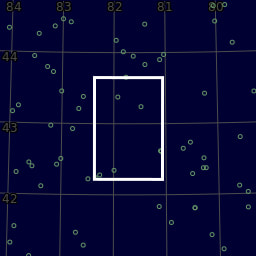 Ha, OIII & RGB in the image 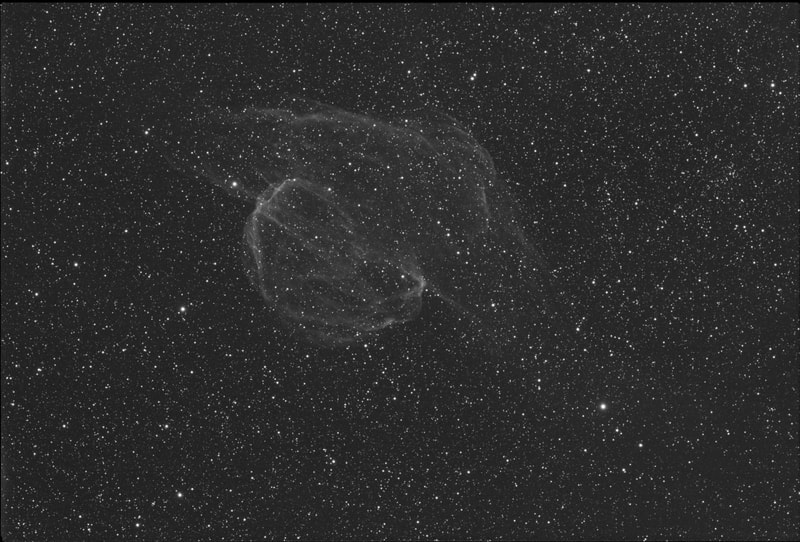 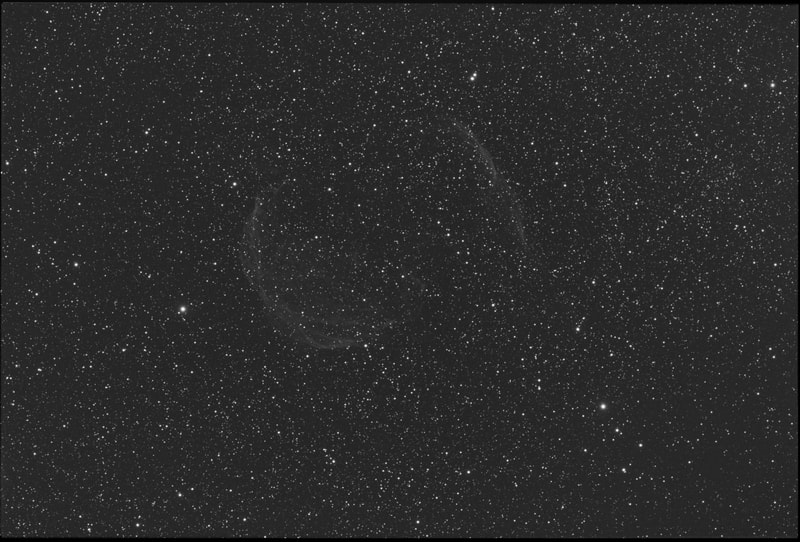 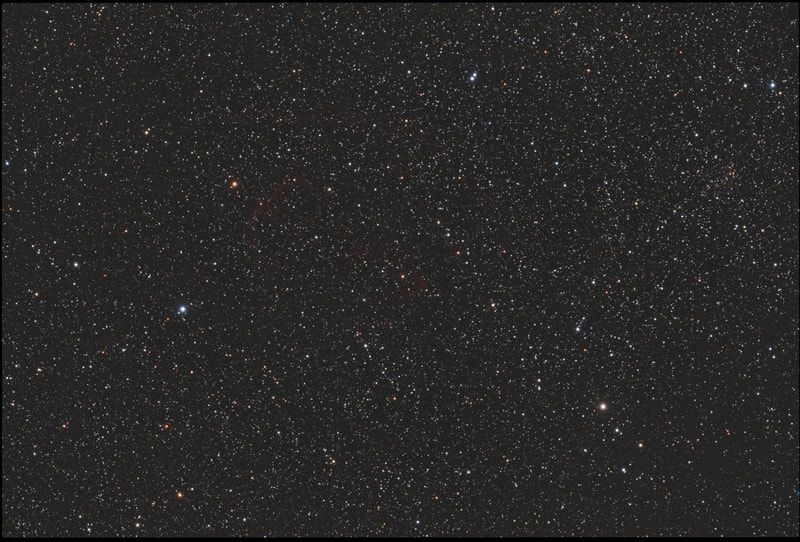 For those interested: A starless image, better showing the structure of the SNR (Click on image to enlarge.) 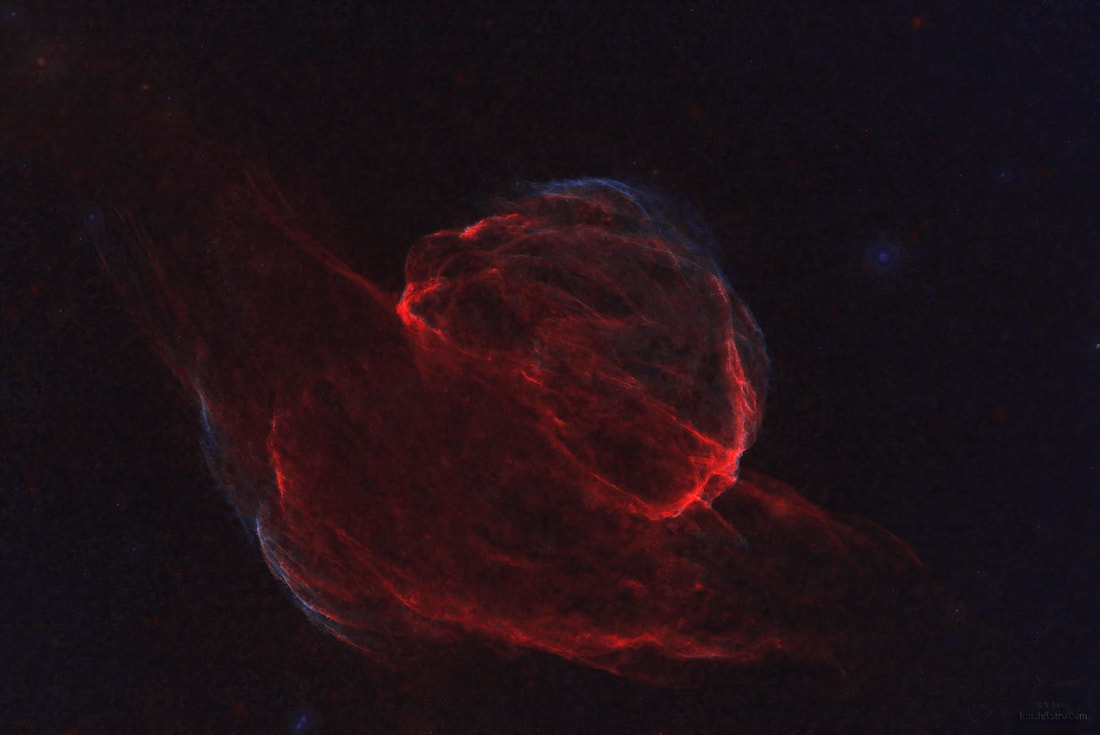 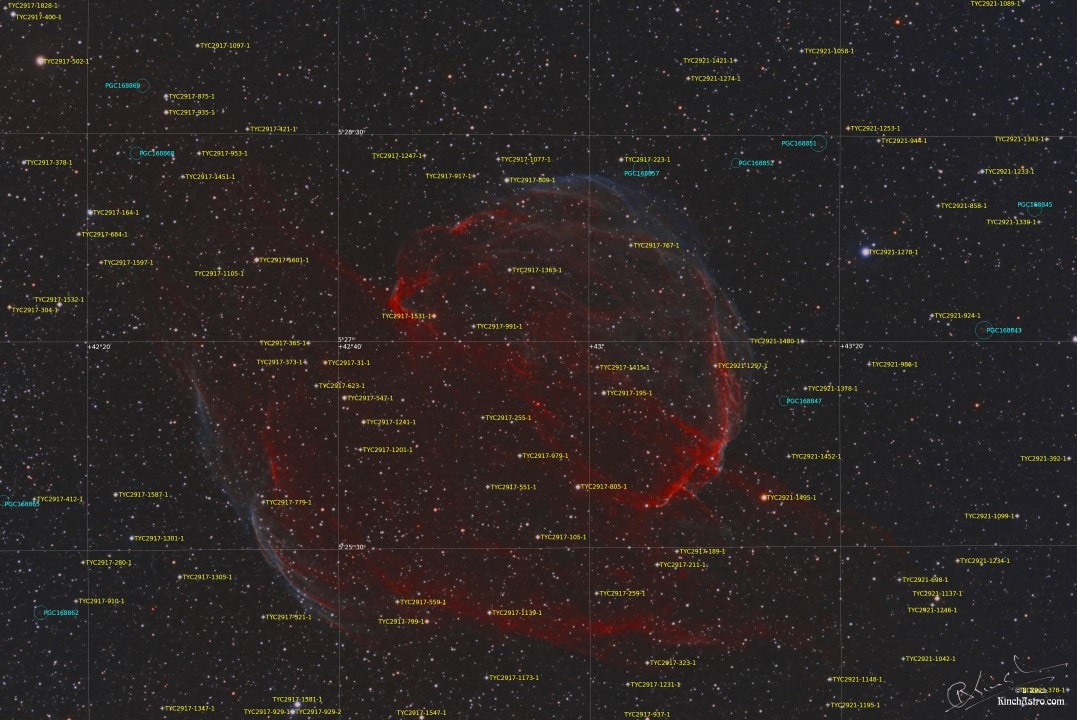