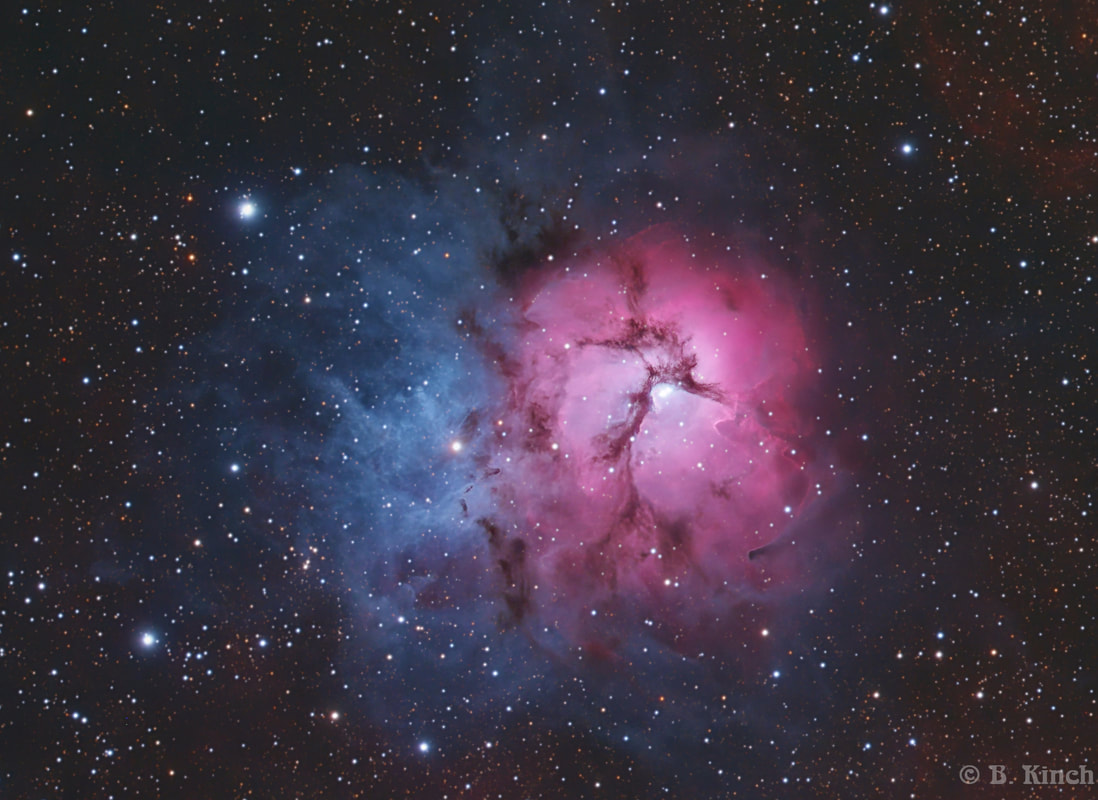 Above - my favourite rendition. Below - a closer look. 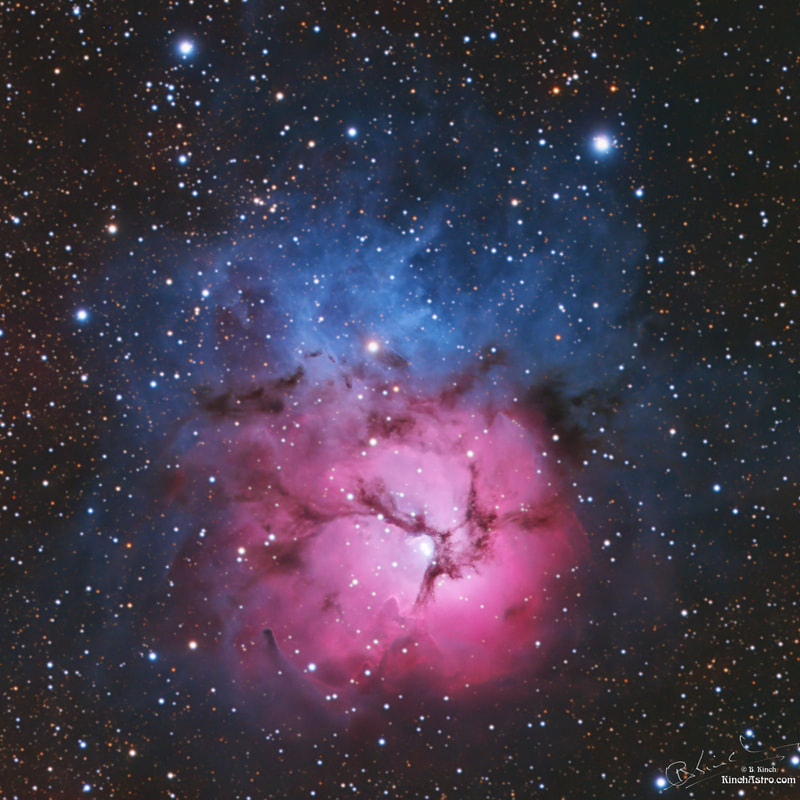 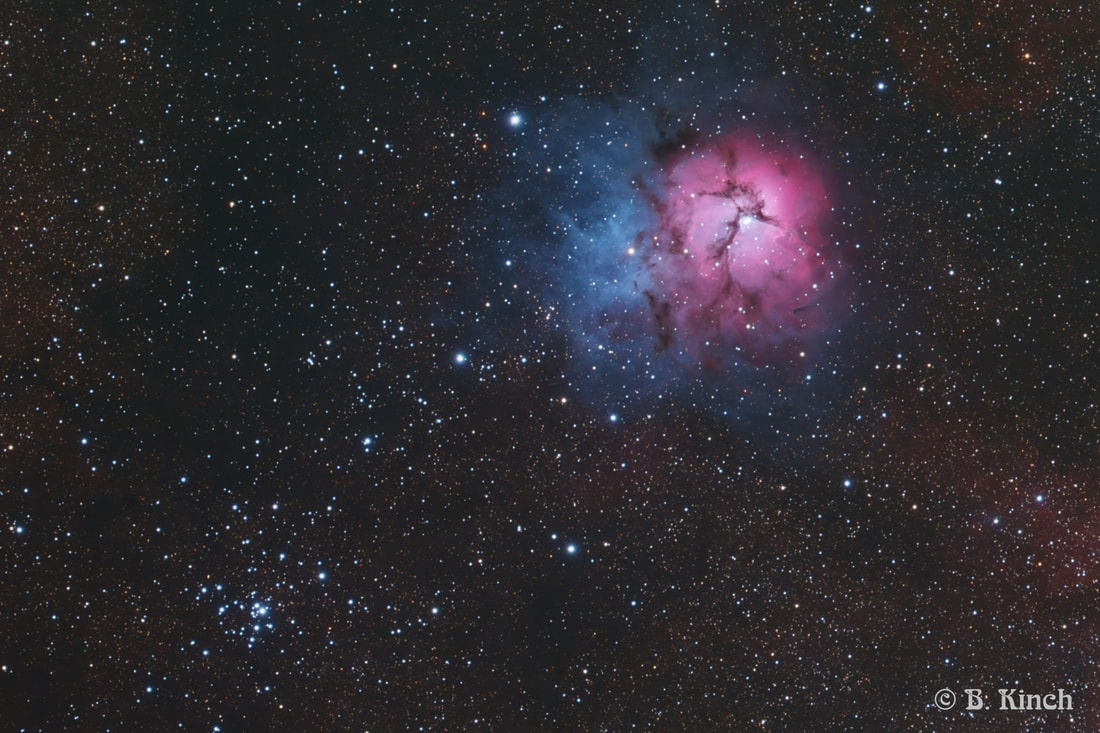 The Trifid Nebula (catalogued as Messier 20 or M20 and as NGC 6514) is an H II region in the north-west of Sagittarius in a star-forming region in the Milky Way's Scutum-Centaurus Arm. It was discovered by Charles Messier on June 5, 1764. Its name means 'three-lobe'. The object is an unusual combination of an open cluster of stars, an emission nebula (the relatively dense, reddish-pink portion), a reflection nebula (the mainly blue portion), and a dark nebula (the apparent 'gaps' in the former that cause the trifurcated appearance, also designated Barnard 85). Viewed through a small telescope, the Trifid Nebula is a bright and peculiar object, and is thus a perennial favourite of amateur astronomers.

The Trifid Nebula was the subject of an investigation by astronomers using the Hubble Space Telescope in 1997, using filters that isolate emission from hydrogen atoms, ionized sulphur atoms, and doubly ionized oxygen atoms. The images were combined into a false-colour composite picture to suggest how the nebula might look to the eye.

The close-up images show a dense cloud of dust and gas, which is a stellar nursery full of embryonic stars. This cloud is about 8 ly away from the nebula's central star. A stellar jet protrudes from the head of the cloud and is about 0.75 ly long. The jet's source is a young stellar object deep within the cloud. Jets are the exhaust gasses of star formation and radiation from the nebula's central star makes the jet glow.

Messier 21 or M21, also designated NGC 6531 or Webb's Cross, is an open cluster of stars in the north-east of Sagittarius, angularly close to the Messier objects M20 to M25, save for M24. It was discovered and catalogued by Charles Messier on June 5, 1764. This cluster is relatively young and tightly packed. A few blue giant stars have been identified in the cluster, but Messier 21 is composed mainly of small dim stars. With a magnitude of 6.5, M21 is not visible to the naked eye; however, with the smallest binoculars it can be easily spotted on a dark night. The cluster is positioned near the Trifid nebula (NGC 6514), but is not associated with that nebulosity. It forms part of the Sagittarius OB1 association. 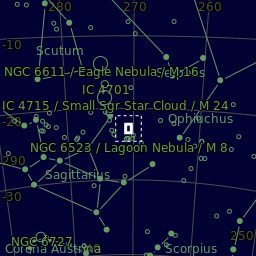 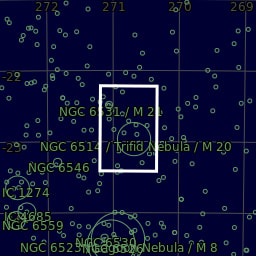 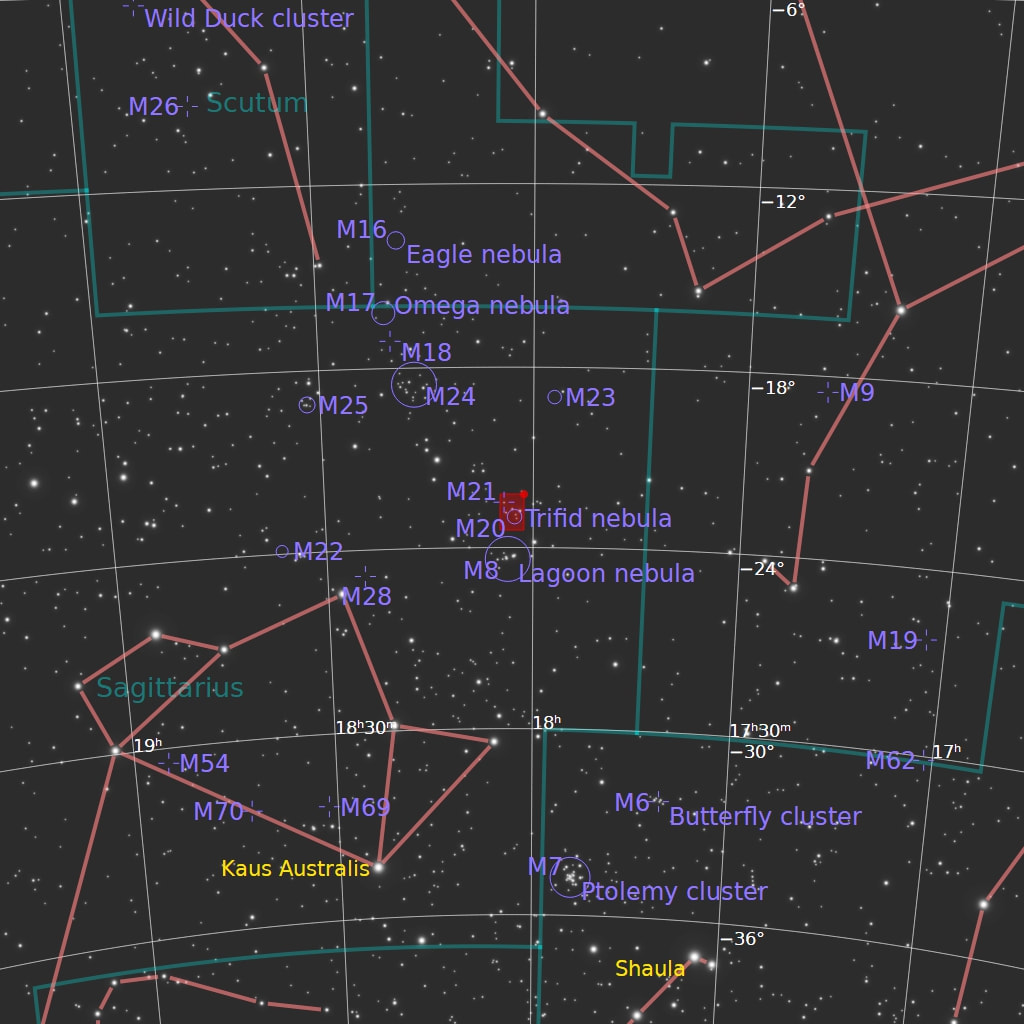 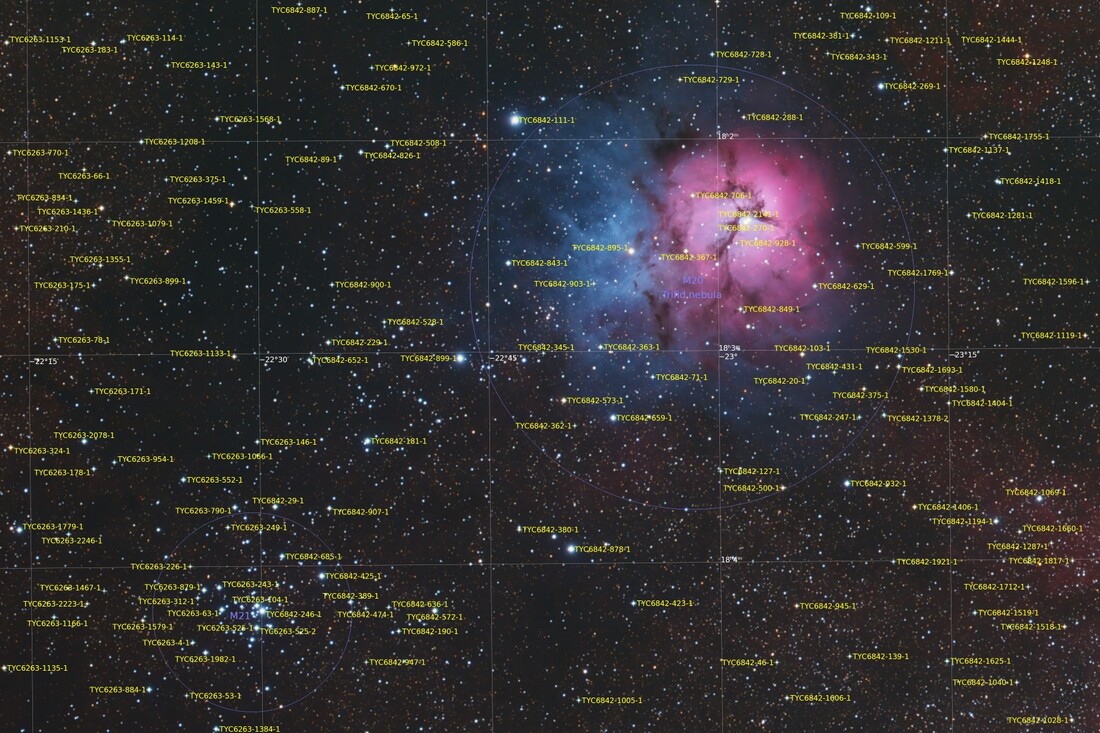