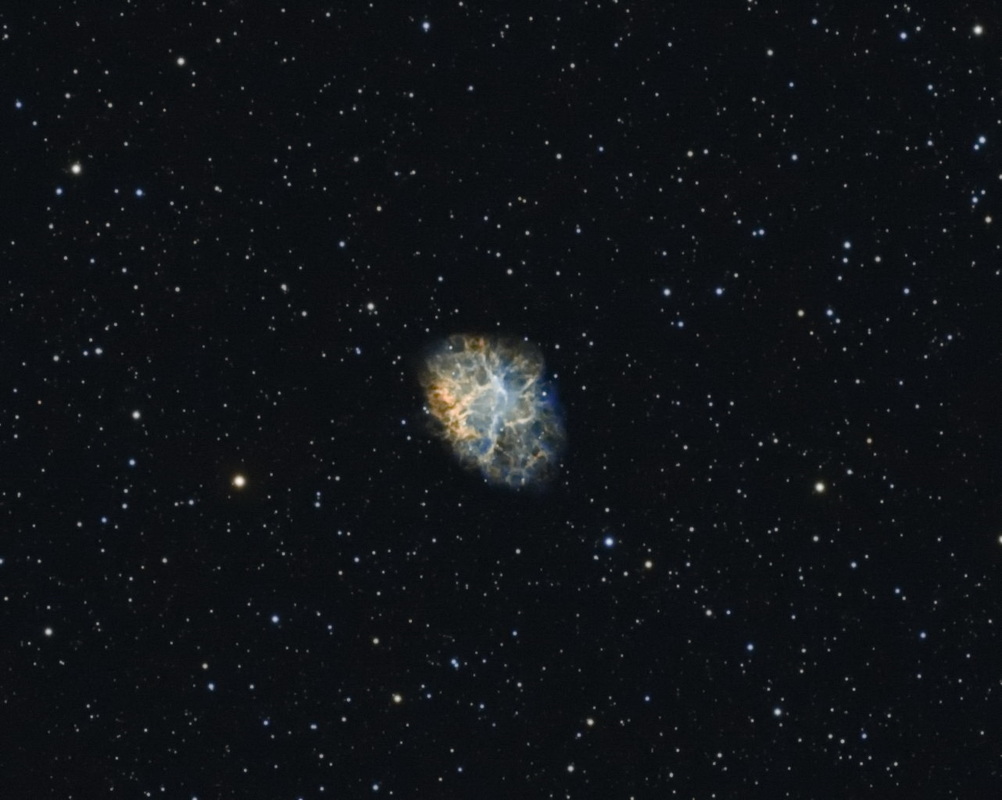 At the center of the nebula lies the Crab Pulsar, a neutron star 28–30 km across with a spin rate of 30.2 times per second,  which emits pulses of radiation from gamma rays to radio waves. The nebula was the first astronomical object identified with a historical supernova explosion.

The nebula acts as a source of radiation for studying celestial bodies that occult it. In the 1950s and 1960s, the Sun's corona was mapped from observations of the Crab's radio waves passing through it, and in 2003, the thickness of the atmosphere of Saturn's moon Titan was measured as it blocked out X-rays from the nebula.
All Images