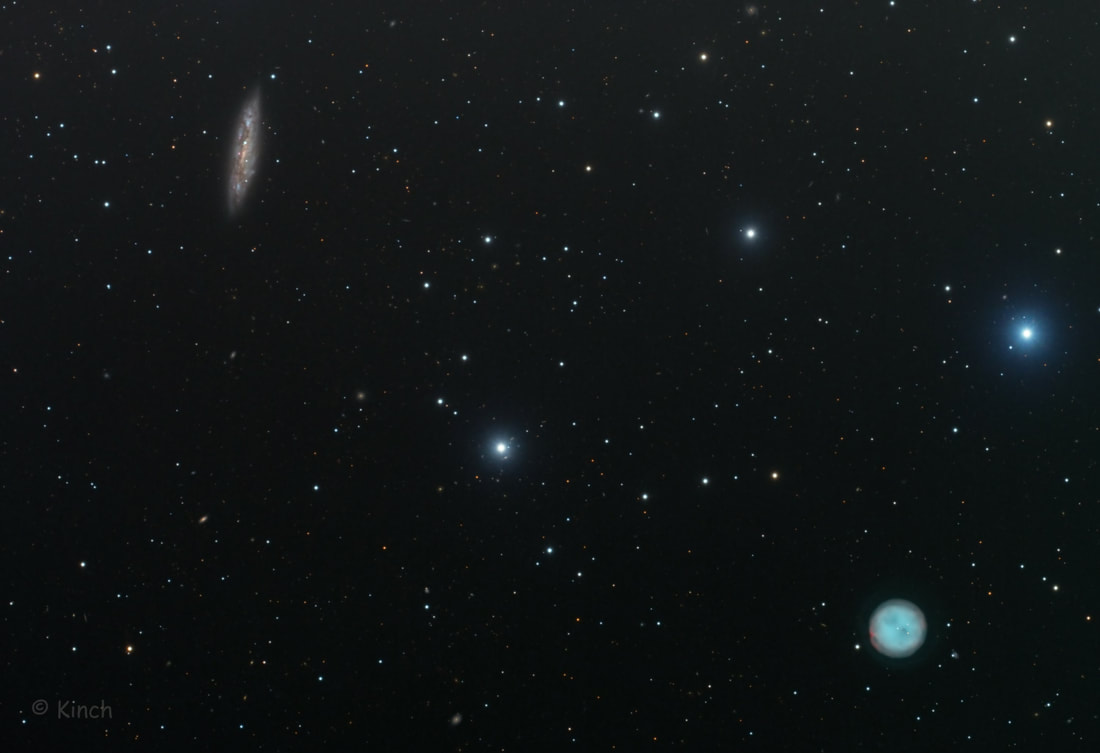 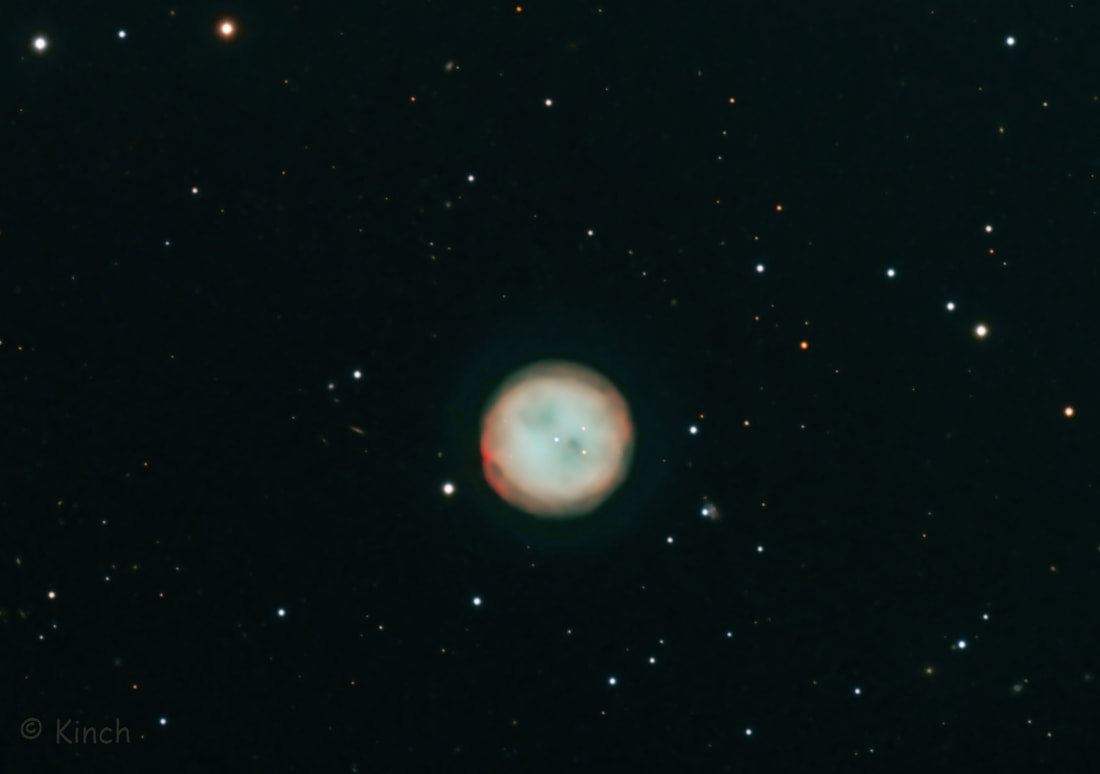 A closer look at the Owl Nebula
Messier 108 (also known as NGC 3556) is a barred spiral galaxy in the constellation Ursa Major. It was discovered by Pierre Méchain in 1781 or 1782. From the perspective of the Earth, this galaxy is seen almost edge-on.
This galaxy is an isolated member of the Ursa Major Cluster of galaxies in the Virgo supercluster. It has a morphological classification of type SBbc in the de Vaucouleurs system, which means it is a barred spiral galaxy with somewhat loosely wound arms. The maximum angular size of the galaxy in the optical band is 11′.1 × 4′.6, and it is inclined 75° to the line of sight.
This galaxy has an estimated mass of 125 billion times the mass of the Sun and includes about 290 ± 80 globular clusters. Examination of the distribution of neutral hydrogen in this galaxy shows shells of expanding gas extending for several kiloparsecs, known as H1 supershells. These may be driven by bursts of star formation activity, resulting in supernovae explosions. Alternatively they may result from an infall of gas from outside the galaxy or by radio jets.
The Owl Nebula (also known as Messier 97, M97 or NGC 3587) is a planetary nebula located approximately 2,030 light years away. It was discovered by French astronomer Pierre Méchain on February 16, 1781. When William Parsons, 3rd Earl of Rosse, observed the nebula in 1848, his hand-drawn illustration resembled an owl's head. It has been known as the Owl Nebula ever since.
The nebula is approximately 8,000 years old. It is approximately circular in cross-section with a little visible internal structure. It was formed from the outflow of material from the stellar wind of the central star as it evolved along the asymptotic giant branch. The nebula is arranged in three concentric shells, with the outermost shell being about 20–30% larger than the inner shell. The owl-like appearance of the nebula is the result of an inner shell that is not circularly symmetric, but instead forms a barrel-like structure aligned at an angle of 45° to the line of sight.
The nebula holds about 0.13 solar masses of matter, including hydrogen, helium, nitrogen, oxygen, and sulfur; all with a density of less than 100 particles per cubic centimeter. Its outer radius is around 0.91 ly (0.28 pc) and it is expanding with velocities in the range of 27–39 km/s into the surrounding interstellar medium. 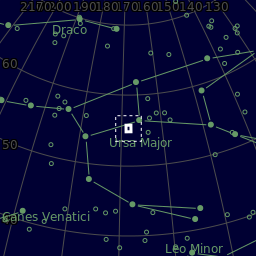 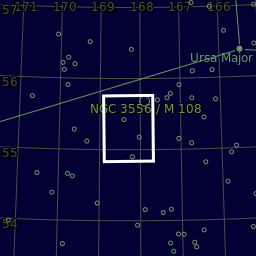 Annotated Image - can be viewed in high resolution 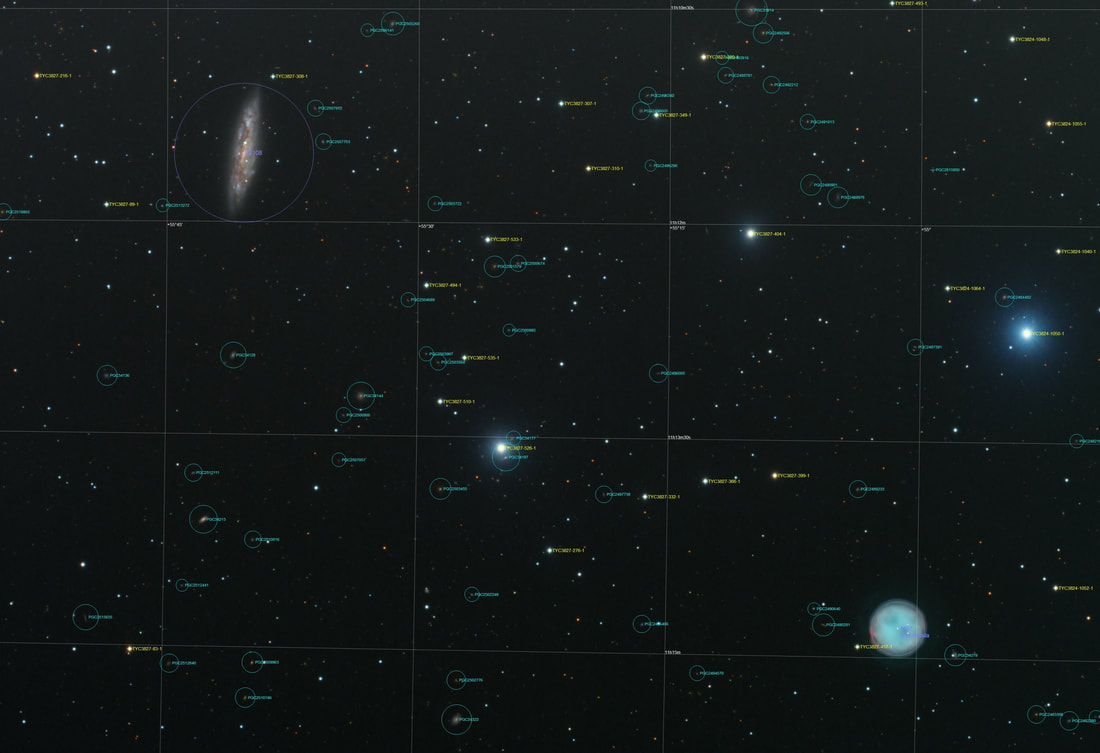