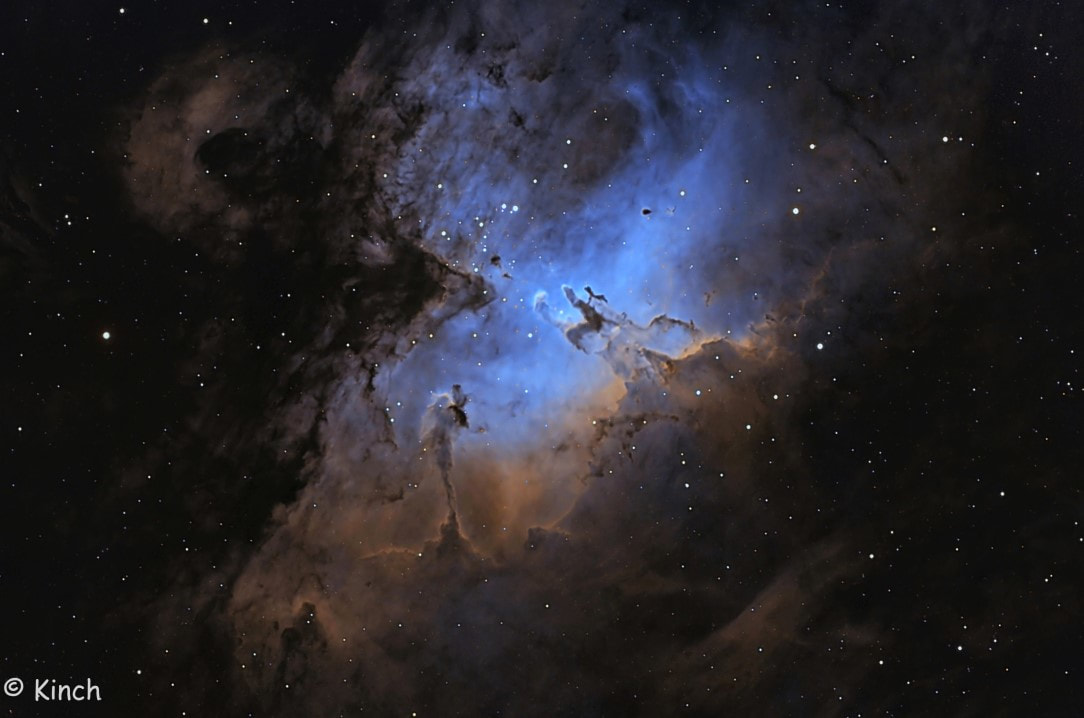 The cluster associated with the nebula has approximately 8100 stars, which are mostly concentrated in a gap in the molecular cloud to the north-west of the Pillars. The brightest star (HD 168076) has an apparent magnitude of +8.24, easily visible with good binoculars. It is actually a binary star formed of an O3.5V star plus an O7.5V companion. This star has a mass of roughly 80 solar masses, and a luminosity up to 1 million times that of the Sun. The cluster's age has been estimated to be 1–2 million years.

Images taken by Jeff Hester and Paul Scowen using the Hubble Space Telescope in 1995 greatly improved scientific understanding of processes inside the nebula. One of these photographs became famous as the "Pillars of Creation", depicting a large region of star formation. The small dark areas in the photograph are believed to be protostars (Bok globules). The pillar structure of the region resembles that of a much larger star formation region in the Soul Nebula of Cassiopeia, imaged with the Spitzer Space Telescope in 2005 and characterized as "Pillars of Star Creation". or "Pillars of Star Formation". These columns – which resemble stalagmites protruding from the floor of a cavern – are composed of interstellar hydrogen gas and dust, which act as incubators for new stars. Inside the columns and on their surface astronomers have found knots or globules of denser gas, called EGGs ("Evaporating Gaseous Globules"). Stars are being formed inside some of these EGGs.

The Pillars of Creation - a nice crop of the interesting formation. 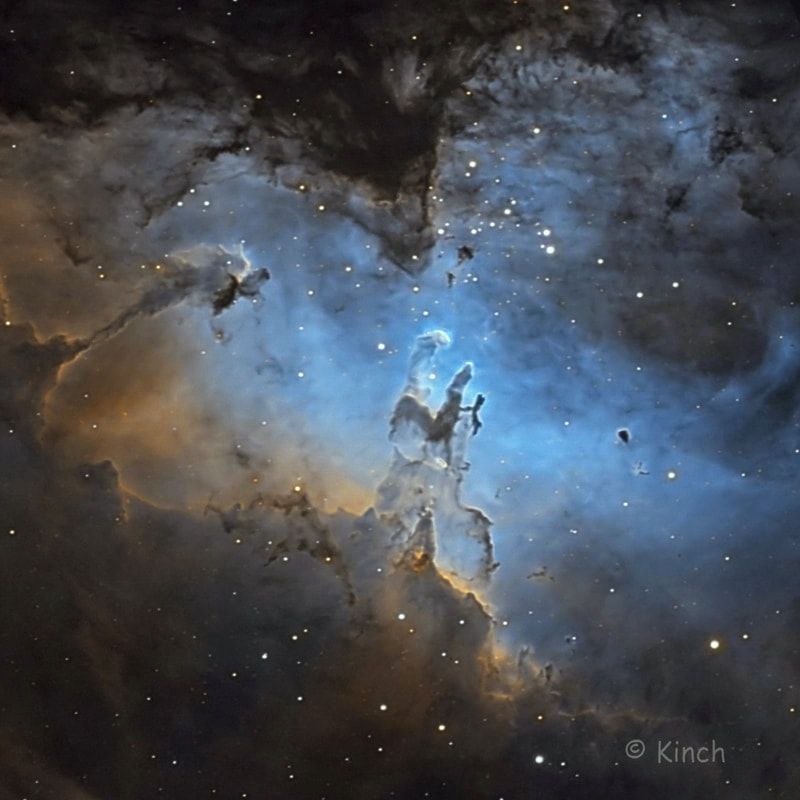 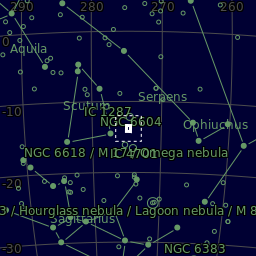 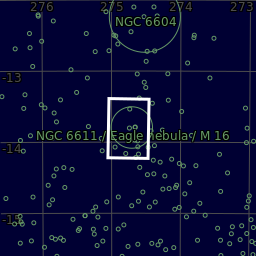 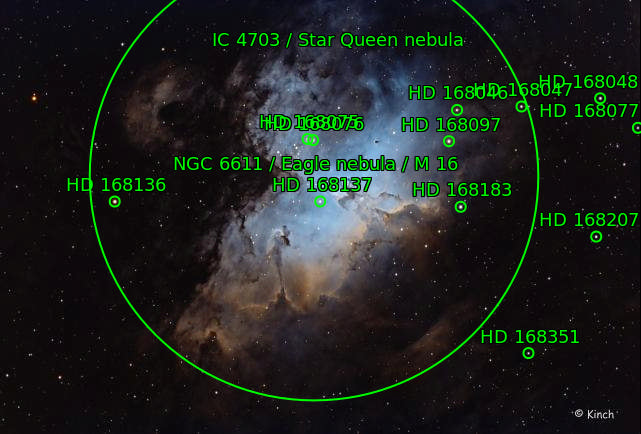