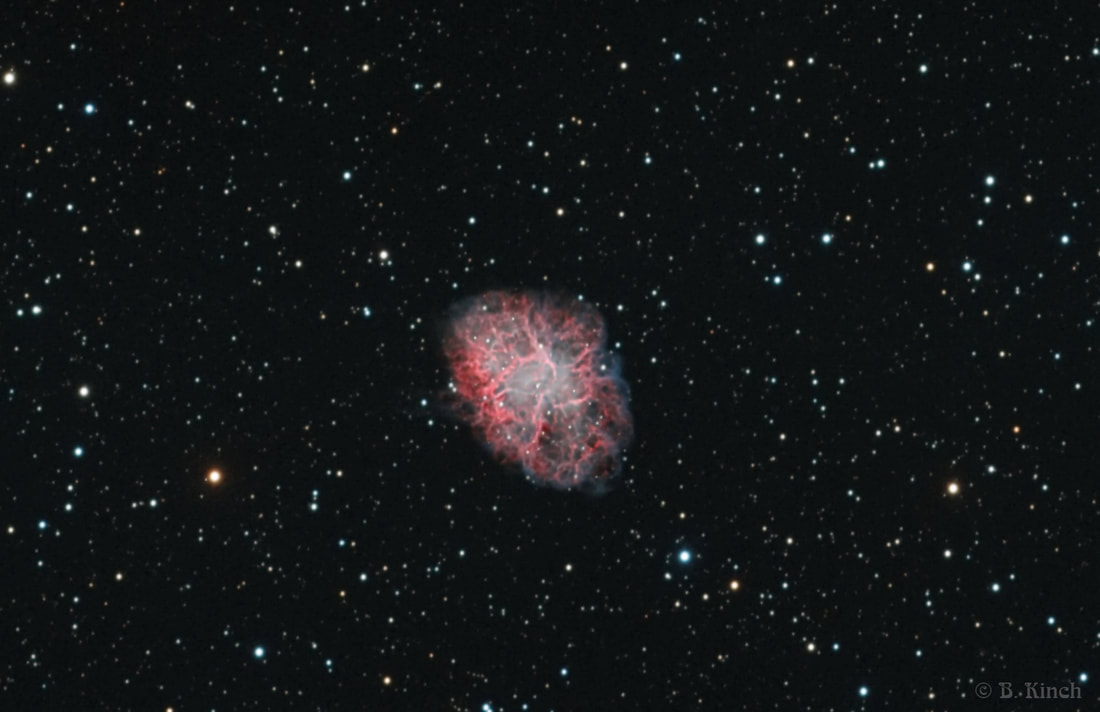 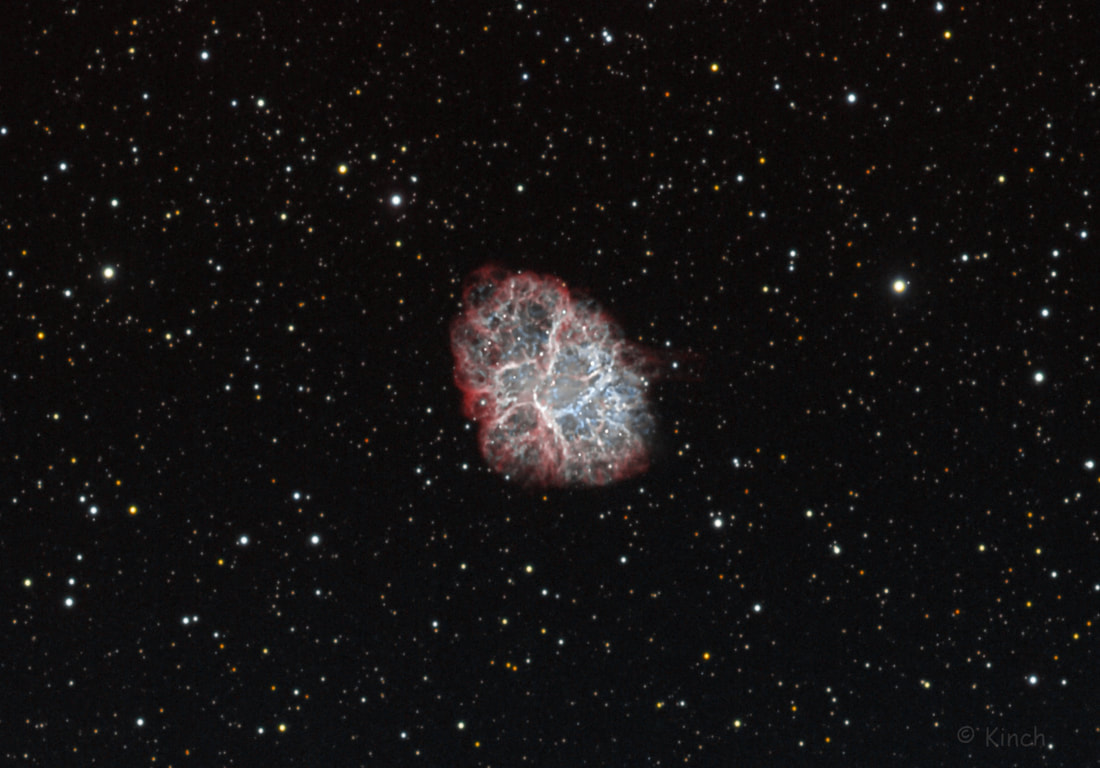 Previous                   Click on upper image for higher resolution                                 Next
The Crab Nebula (catalogue designations M​1, NGC 1952, Taurus A) is a supernova remnant in the constellation of Taurus. The now-current name is due to William Parsons, who observed the object in 1840 using a 36-inch telescope and produced a drawing that looked somewhat like a crab. Corresponding to a bright supernova recorded by Chinese astronomers in 1054, the nebula was observed later by English astronomer John Bevis in 1731. The nebula was the first astronomical object identified with a historical supernova explosion.At an apparent magnitude of 8.4, comparable to that of Saturn's moon Titan, it is not visible to the naked eye but can be made out using binoculars under favourable conditions. The nebula lies in the Perseus Arm of the Milky Way galaxy, at a distance of about 2.0 kiloparsecs (6,500 ly) from Earth. It has a diameter of 3.4 parsecs (11 ly), corresponding to an apparent diameter of some 7 arcminutes, and is expanding at a rate of about 1,500 kilometres per second (930 mi/s), or 0.5% of the speed of light.
At the center of the nebula lies the Crab Pulsar, a neutron star 28–30 kilometres (17–19 mi) across with a spin rate of 30.2 times per second, which emits pulses of radiation from gamma rays to radio waves. At X-ray and gamma ray energies above 30 keV, the Crab Nebula is generally the brightest persistent source in the sky, with measured flux extending to above 10 TeV. The nebula's radiation allows for the detailed studying of celestial bodies that occult it. In the 1950s and 1960s, the Sun's corona was mapped from observations of the Crab Nebula's radio waves passing through it, and in 2003, the thickness of the atmosphere of Saturn's moon Titan was measured as it blocked out X-rays from the nebula.

I actually also have 6 hours of SII data that I never worked as a separate layer into this image.....it was just getting too colourful for my liking. It was used however to assist make a Luminance layer (in tandem with the Ha & OIII data) that was included in the image processing - thus it did help the detail that is within the nebula. Therefore I have included it in the overall integration time stated. 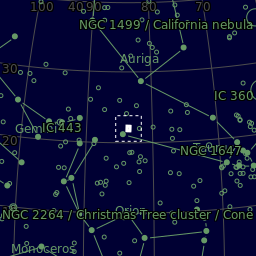 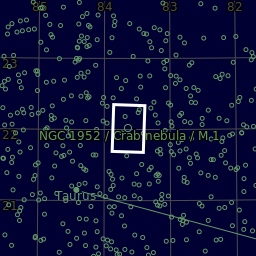 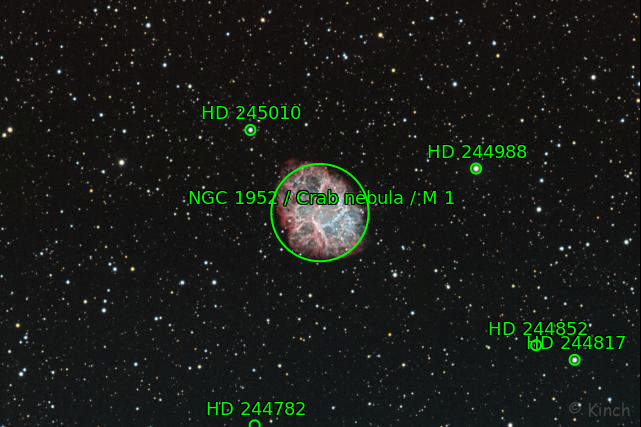