The Helix Nebula is an example of a planetary nebula, formed by an intermediate to low-mass star, which sheds its outer layers near the end of its evolution. Gases from the star in the surrounding space appear, from our vantage point, as if we are looking down a helix structure. The remnant central stellar core, known as a planetary nebula nucleus or PNN, is destined to become a white dwarf star. The observed glow of the central star is so energetic that it causes the previously expelled gases to brightly fluoresce. 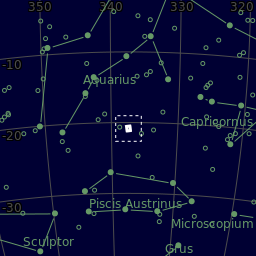 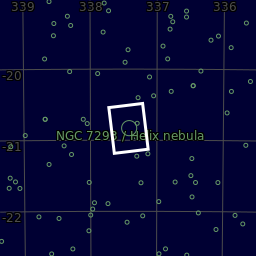 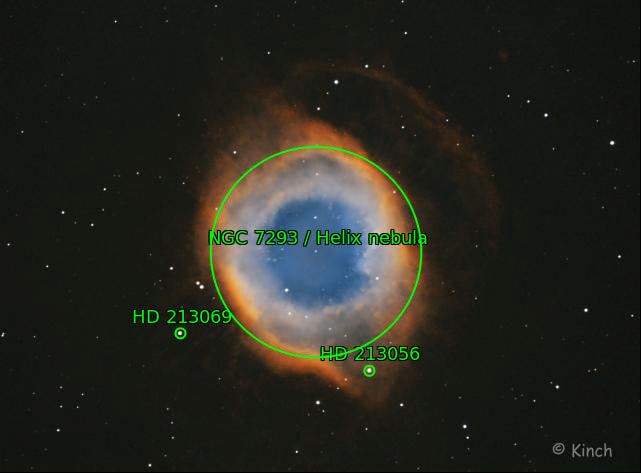